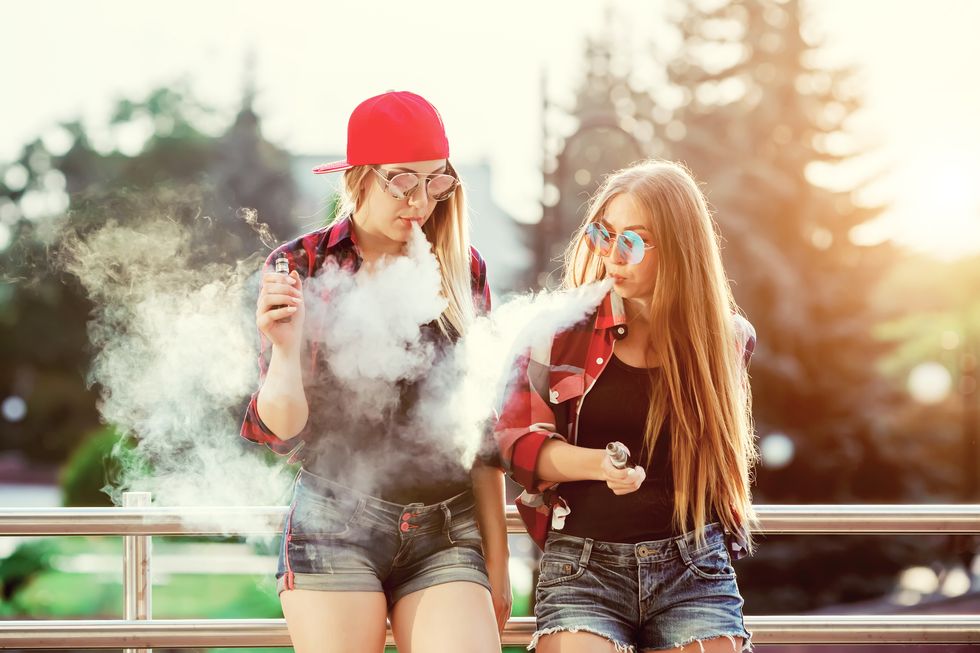 The FDA recently recommitted to reduce tobacco use, particularly among children, by taking a closer look at flavors that are added to both tobacco.

Thank you, Food and Drug Administration (FDA), for recently restating a commitment to reducing tobacco use, particularly among children, by taking a closer look at flavors that are added to both tobacco (for smoking or chewing) and to the liquid nicotine formulas used in vaping devices.

FDA Commissioner Dr. Scott Gottlieb noted that, "The thought of any child starting down a path of a lifelong addiction to tobacco, which could ultimately lead to their death, is unacceptable. We need to take every effort to prevent kids from getting hooked on nicotine."

The FDA will also focus on flavors in tobacco, as well as e-cigarettes—the devices used in "vaping"—since that is the greatest route of first exposure to nicotine for middle and high school students.

Learn more about the FDA's ban on e-cigarette sales to minors.

In a previous blog, I highlighted the important role the FDA has in protecting women's health, particularly through the activities of the FDA's Office of Women's Health. I mentioned the FDA's responsibility for regulating tobacco products—a critical issue for women's health. While smoking is still the number one preventable cause of death and disease in the United States, exposure to nicotine is also a health risk because it so often leads to tobacco addiction.

The FDA's initiative is particularly important for women's health because "almost 90 percent of adult smokers start smoking by the age of 18." Although women use tobacco products at a slightly lower rate than men, consider these facts about how nicotine and smoking affect women's health:

I would note, however, that the FDA's work on e-cigarettes is not without controversy. It has delayed rules regulating them (and cigars). This delay was reported recently by The Washington Post. A group of health organizations has sued the FDA to encourage faster action by reestablishing the original timeline for companies to submit their products for FDA review by August of this year.

In HealthyWomen's ongoing work with the FDA, other state and federal government organizations and health advocates of all types, we will continue to stress the importance of reducing nicotine addiction and tobacco exposure in all forms. This is the right thing to do for women and families and for the country. We are encouraged that the FDA is generally continuing to pursue this important objective seriously and strenuously.