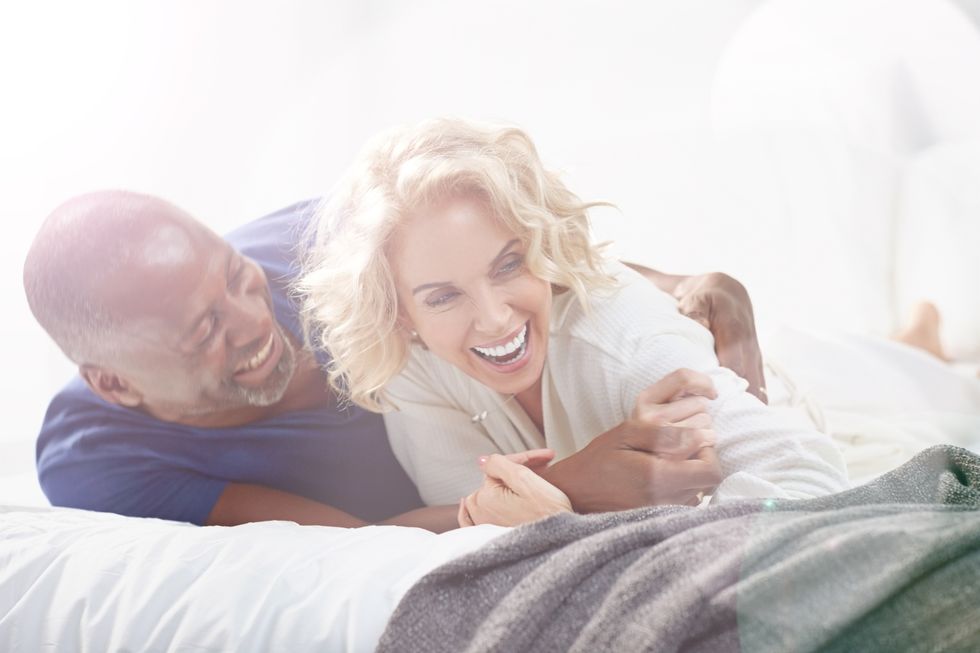 A new study shows there's very little risk of sex causing a heart attack, even for people who have a heart condition.

Among other things, sex is a nice aerobic workout. You breathe hard; your heart rate goes up, as does your metabolic rate. You burn calories. (Yay!)

Therein lies the rub for us older folks.

Isn't the stress on the cardiovascular system dangerous for anyone with a heart condition? Especially if he or she doesn't know about it? Or, even when the doctor gives you the green light to have sex, the specter of a sudden attack always looms in the background.

"I think it's important to healthy relationships to have this anxiety lifted," said Dr. Michael J. Ackerman, professor of medicine at Mayo Clinic. "[People] always ask about exercise and how active they can become," he said in this article. "They almost never ask directly about sex," he said, but, once it's mentioned, "the floodgates open."

Now, a large and robust study provides the most detailed picture we've ever had of the actual numbers of people who suffered a fatal heart attack during sex. Researchers examined lifetime medical records from 4,557 people in Portland, Oregon, who died of sudden cardiac arrest from 2002 to 2015.

Of the 4,557, the number of people who died of a heart attack during sex or within an hour after? 34.

That's it. Thirty-four people ranging in age from 37 to 83. Of that number, 32 were men. Thus, the risk of having a heart attack during sex in men is 1 percent, while for women, it's .1 percent.

While doctors always knew the risk of heart attack was slim, now that the risk is quantified, even researchers were taken aback. "I'm a little surprised at the really tiny number," said Dr. Sumeet Chugh, senior author of the study and a professor of medicine at Cedars-Sinai Heart Institute in Los Angeles.

It goes without saying to follow your own doctor's instructions for activity if you have a heart condition. But if you're given the "all clear" for sexual activity, I hope these numbers put your mind at ease. No need to abstain from one of life's sweetest pleasures.

"[This is] a wonderful answer for those who love sex," said Dr. Ackerman. And, I might add, for those who recognize the link between sexual health and overall good health.