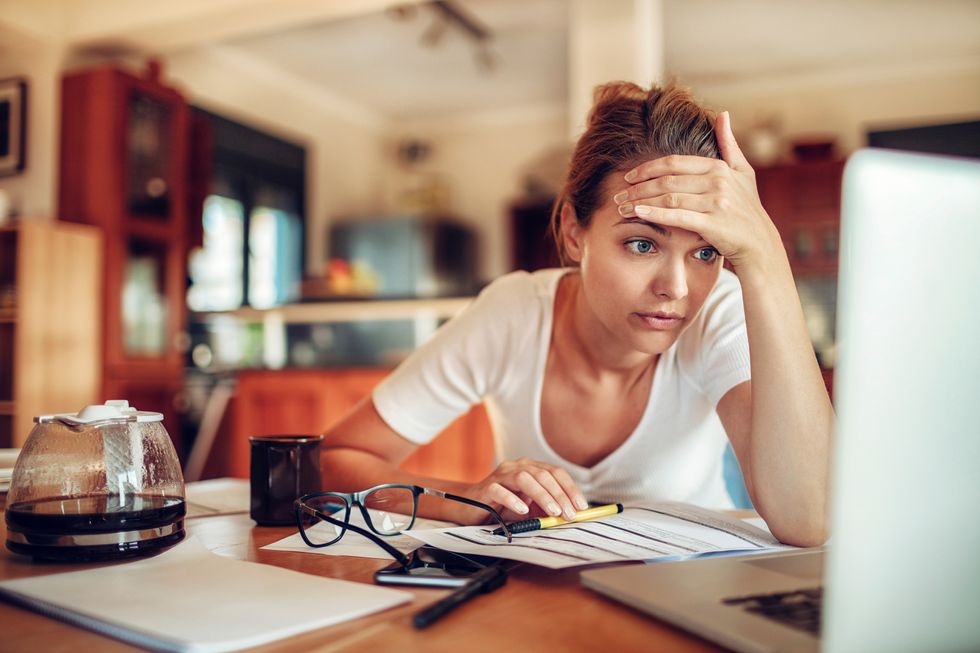 Americans are becoming increasingly nervous, and one of the main reasons is concern about being able to pay their bills, a new survey finds.

MONDAY, May 7, 2018 (HealthDay News) -- Americans are becoming increasingly nervous, with anxiety levels on the rise -- and one of the main reasons is concern about being able to pay their bills, a new survey finds.

More than 1,000 adults nationwide were polled in late March and asked to rate their level of anxiety. The overall national score was 51 on a 100-point scale, a 5-point increase since about the same time last year.

Overall, 39 percent of respondents said they're more anxious than they were last year, according to the American Psychiatric Association (APA) survey, which was released Monday.

Increased anxiety was found across all age groups and people of different races and ethnicities, and among men and women. By generation, millennials continued to be more anxious than Gen Xers or baby boomers, but boomers had the largest increase in anxiety, with a rise of 7 points.

The respondents were asked to rate their anxiety for five different areas: health, safety, finances, relationships and politics. All five areas had increases, but the largest increase was in finances. Nearly three-quarters of women and young adults (ages 18 to 34), and nearly 4 in 5 Hispanic adults said they're somewhat or extremely anxious about paying their bills.

Women are more anxious than men, and also had a greater increase in anxiety than men in the last year. When asked to compare their anxiety to the previous year, 57 percent of women ages 18 to 49 years said they're more anxious, compared to 38 percent of men the same age.

The poll also found: The overall anxiety score was 11 points higher among people of color than among whites; respondents were nearly equally concerned about health, safety and paying bills, and somewhat less concerned about politics and relationships; and that people with Medicaid are more anxious than people with private insurance.

Respondents were also asked their attitudes and perceptions about mental health and treatment. A large number (86 percent) said they believe a person's mental health affects their physical health, an increase from 80 percent last year.

Three-quarters of Americans said untreated mental illness has a significant impact on the U.S. economy, and about half believe there is less stigma against people with mental illness than 10 years ago.

However, more than one-third said they wouldn't vote for a candidate for public office who had been diagnosed with a mental illness, even if the candidate had received treatment.

"This poll shows U.S. adults are increasingly anxious particularly about health, safety and finances. That increased stress and anxiety can significantly impact many aspects of people's lives, including their mental health, and it can affect families," APA President Dr. Anita Everett said in a news release from the group.

"It highlights the need to help reduce the effects of stress with regular exercise, relaxation, healthy eating and time with friends and family," she added.

Why ‘Namaste’ Has Become the Perfect Pandemic Greeting

It's not just for yoga anymore; namaste is a an acknowledgement of our shared humanity when we need it most