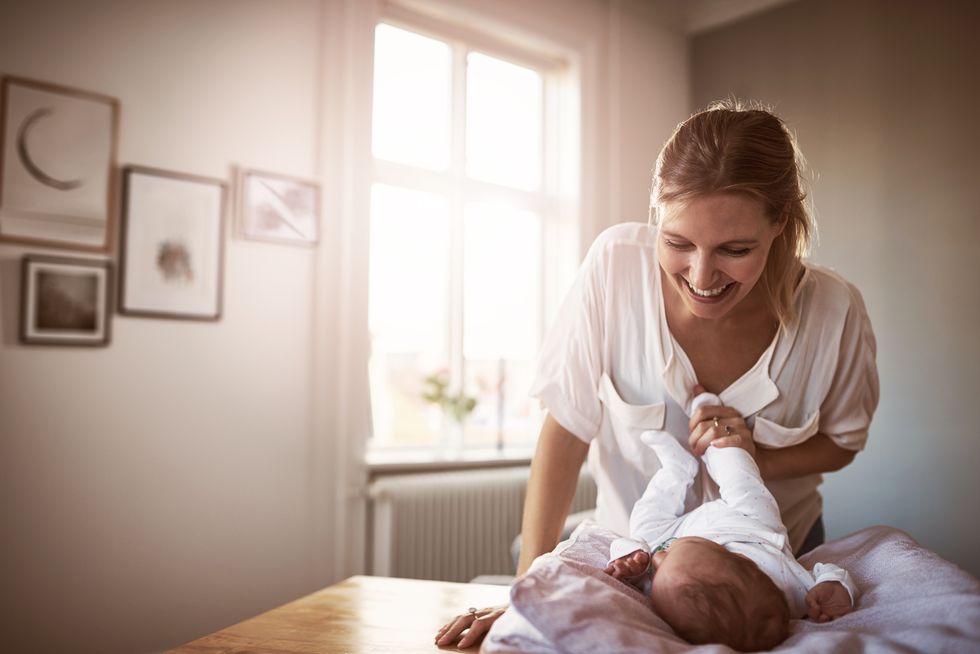 The feel-good brain chemical dopamine appears to play a role in the development of a healthy bond between a mother and baby, a new study suggests.

MONDAY, Feb. 13, 2017 (HealthDay News)—The feel-good brain chemical dopamine appears to play a role in the development of a healthy bond between a mother and baby, a new study suggests.

Dopamine may motivate moms to do more for their children because it makes mothers feel better, researchers said.

And this may not end when babies get older. "It is very likely that the processes we observed between mothers and their infants continues through the life span as their children grow," said study co-author Lisa Feldman Barrett. She's a psychology professor at Northeastern University in Boston.

"It may also be the case that this process supports people as they provide care and nurture to one another in close relationships," she added.

Previously, research has linked mother-baby bonding to the hormone oxytocin.

In this study, the researchers wanted to learn more about what goes on in the brain that helps motivate mothers to take care of their babies.

"Newborns are completely helpless and rely on their parents for survival. A mother must figure out if her infant is hungry, tired, uncomfortable, or lonely to provide appropriate care. So mothers must be highly motivated to care for their infants," Barrett pointed out.

Previous research in rodents has suggested that the brain chemical dopamine is key to bonding between mothers and infants, said study lead author Shir Atzil. She's a post-doctoral fellow at Massachusetts General Hospital in Boston.

"Rat mothers who are highly motivated to care for their pups secrete more dopamine in response to their pups. But the chemical basis of mother-infant bonding in humans was still a mystery," Atzil said.

For the new study, the researchers enlisted 19 mothers (aged 21 to 42) and their babies (aged 4 months to 2 years). The investigators video-recorded the mothers interacting with their babies to see how they got along. Then the researchers had the moms undergo brain scans as they watched videos of their babies or other babies.

Atzil said the research shows how important dopamine is in optimal maternal caregiving. Conversely, the study also gives clues to what might be going wrong in mothers who don't or can't properly care for their babies.

"Mothers who were less responsive to their infants also secreted less dopamine when watching films of their infants. This provides us with hints as to what goes wrong in a mother's brain when she is struggling to provide for her infant," Atzil said.

What does this mean in the long term?

Barrett said the researchers suspect that the brains of the infants themselves develop at a higher level when their mother does a better job of caring for them.

"An infant is not born with a fully developed brain," she said. "Its wiring develops over a number of years, and normal brain development requires responsive caregivers. Infants who do not receive the normal care they require are more likely to do poorly at school, have lower achievement levels, and are at risk for mental and physical disease as adults."

What about fathers and others who take care of babies who aren't their biological mothers? They may also feel a dopamine boost from taking care of an infant, but future research is needed to know for sure, Barrett said.

Paul Zak, founding director of the Center for Neuroeconomics Studies at Claremont Graduate University, said the study results may seem obvious. Of course women who bond more with their babies "have stronger responses in the brain to their infants in areas that make it feel good to care for them and in areas associated with emotional connection," he said.

Still, he said, the study authors connected all this to how the mothers bonded with their babies in a way that's "important and convincing."

Zak pointed out, however, that the study is small so it may not apply to all mothers.

And he added that it's not clear if "great moms are born that way or become that way," since the study can't show whether some mothers are primed for better bonding before their child is born.

The study was published online Feb. 13 in the Proceedings of the National Academy of Sciences.