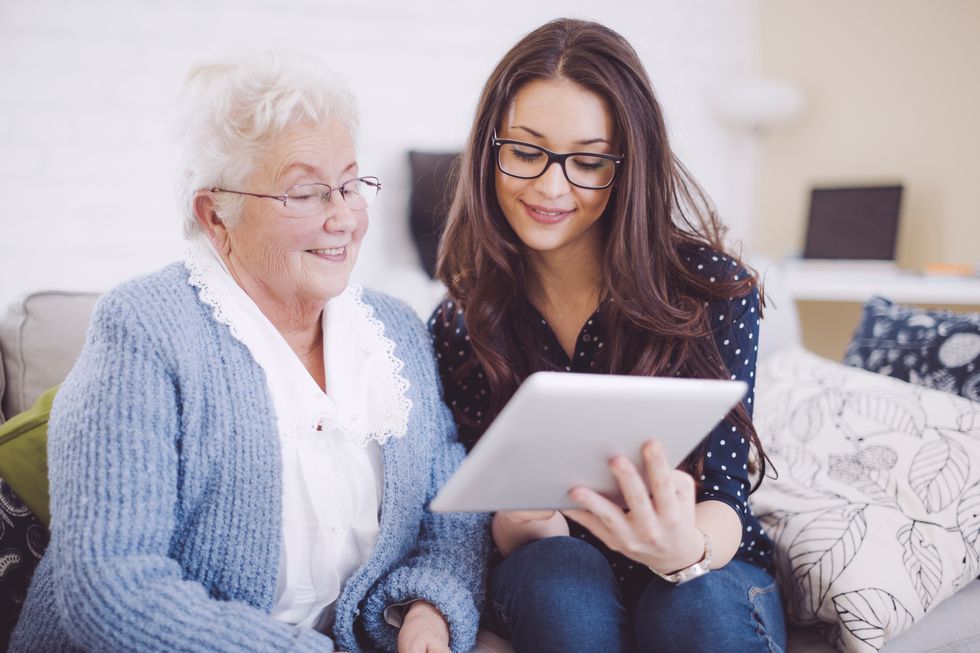 Average folks may one day be able to use a Star Trek-inspired home medical device to diagnose a dozen different ailments and track five major vital signs, all without needing to draw blood or visit a doctor's office.

TUESDAY, Aug. 1, 2017 (HealthDay News)—Average folks may one day be able to use a Star Trek-inspired home medical device to diagnose a dozen different ailments and track five major vital signs, all without needing to draw blood or visit a doctor's office.

Engineers developed the DxtER device as part of a competition to create a modern-day version of the "tricorder" that Dr. Leonard "Bones" McCoy waved over patients on the starship Enterprise to diagnose illnesses.

The DxtER combines an array of different sensors with intelligent diagnostic software in a package weighing less than 5 pounds, said technology design expert Philip Charron, a member of the team that created the device.

"A regular consumer can sit down with our device, answer some questions, and it will come back with a diagnosis," Charron said.

All of the sensors are noninvasive. No blood needs to be drawn and nothing needs to be inserted into the body, he explained.

Charron said that his group, Final Frontier Medical Devices, received a $2.6 million award in April for developing the DxtER and demonstrating an accuracy rate higher than 70 percent.

Final Frontier was to present the DxtER this week at the annual meeting of the American Association for Clinical Chemistry (AACC) in San Diego. Findings presented at meetings are typically viewed as preliminary until they've been published in a peer-reviewed journal.

"Now it's up to the peers in the scientific community to see if it works the way it's supposed to," said AACC President Michael Bennett, director of the Palmieri Metabolic Laboratory at Children's Hospital of Philadelphia.

All of these devices interact with diagnostic software running on a tablet, Charron noted.

"You apply some of these devices to your body, and then answer questions on the tablet about your symptoms, just like you would with a doctor in a doctor's office," Charron said.

The competition, called the Qualcomm Tricorder XPRIZE, kicked off in 2012 and involved 300 engineering teams.

"It really was a five-year mission, just like in Star Trek," Charron said.

The Final Frontier team put about a half million dollars out of their own pockets into the endeavor, which ate up as many as 24,000 hours of combined effort, according to Charron.

The team tested its diagnostic software against an approved set of anonymous patient charts, to see if it would accurately diagnose illnesses when provided the proper vital signs and body chemistry readings, Charron said.

For the contest, researchers handed the device to patients with diagnosed medical conditions. The patients had to be able to use the device on themselves, unaided, to accurately diagnose their specific illness.

The point was to develop a home health care kit that could help families figure out basic illnesses, preventing unnecessary trips to the emergency room or doctor's office, Bennett said.

Because of this, it was built to be affordable. The DxtER should cost between $200 and $400 retail, Charron said, although insurers might chip in to bring the cost down even lower if the device proves accurate enough to cut down on visits to the hospital or doctor.

Alongside home health care, the DxtER also could prove of great benefit for disaster relief, in refugee camps, as part of military medicine, and even as a means of diagnosing health problems during space travel, Charron suggested.

The DxtER now will proceed to clinical trials. The device's accuracy will be tested against tried-and-true equipment now being used in hospitals, and the results will help researchers better hone the diagnostic software, Charron said.

James Nichols is medical director of clinical chemistry at Vanderbilt University School of Medicine. He said, "As with any new device, we need to see what its performance is. We want it to be reproducible and be accurate and compare well with traditional known tests. When we see how it actually performs once it's put in the hands of laypeople, then we'll know a little better what still needs to be worked out with the device."

As part of development, Nichols added, engineers also need to consider how the data gathered by DxtER will be uploaded and shared with a person's primary care doctor.

"The data is not of much use in the device itself," Nichols said. "It needs to connect with the person's medical record."