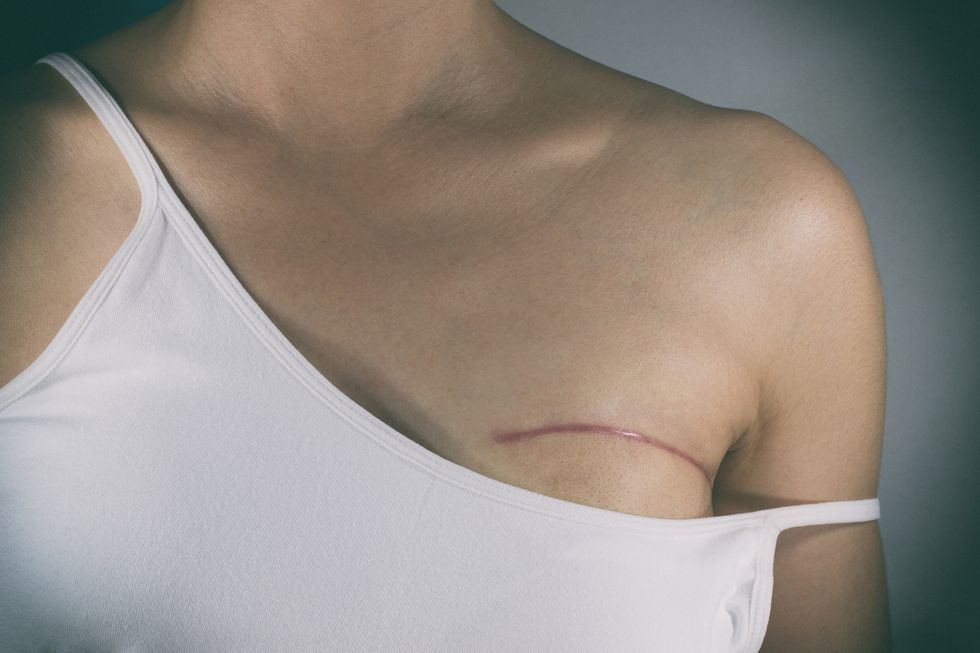 Actress Angelina Jolie's decision to undergo breast removal to reduce her risk of breast cancer has led other women to do so, a new study shows.

MONDAY, Sept. 25, 2017 (HealthDay News)—Actress Angelina Jolie's decision to undergo breast removalto reduce her risk of breast cancer has led other women to do so, a new study shows.

Learn More: Who's Who on Your Breast Cancer Treatment Team?

The findings show that celebrities can influence the health care decisions of the general public, said study author Art Sedrakyan, a professor at Weill Cornell Medicine in New York City.

In early 2013, Jolie announced her decision to have the preventive surgery to have both breasts removed due to her elevated genetic risk for breast cancer.

Researchers sought to determine the impact of that news by analyzing 2004-2014 data on risk-reducing mastectomy in New York State and New South Wales in Australia.

The findings were similar in New South Wales, according to the study. The results were published Sept. 25 in the journal Health Services Research.

"This is an important area of research that health care providers and policymakers need to pay attention to," Sedrakyan said in a Weill Cornell news release.

"If celebrities are going to act on genetic testing and announce their treatment choices, then we should get prepared on our end to assess public health impact," he added.

My Breast Reduction Gave Me My Life Back