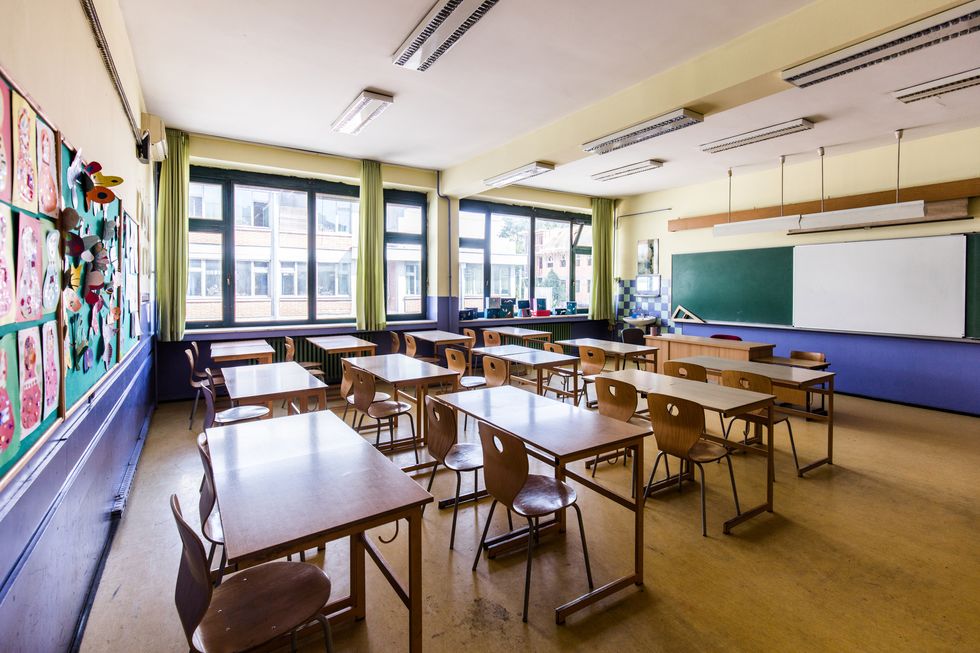 Many Schools Have Closed―But Not All. What Parents Need to Know About That Tough Call

Here’s help understanding how school and public health authorities made the decisions to close, what kids should do in districts that have shut down and what to consider if your schools have not closed.

In the face of a global pandemic, thousands of K-12 school districts from Los Angeles to New York City and many cities in between announced closures in recent days. Every state is experiencing at least some school closures; in nearly three dozen states so far, governors have closed all public schools statewide. On Monday, President Donald Trump signaled even more closures may happen soon, saying children should "engage in schooling from home whenever possible."

The closures are part of a broad strategy to limit public interactions and slow the spread of COVID-19 cases. But the decision is far from easy, with conflicting science about how effective such closures are in containing epidemics weighed against the massive disruption to families' lives.

Here's help understanding how school and public health authorities made the decisions to close, what kids should do in districts that have shut down and what to consider if your schools have not closed.

Q: When should schools close?

In a more perfect world, schools wouldn't be closing on a mass scale or for long periods of time. To prevent the spread of illness, closing schools isn't generally believed to be as effective as hand-washing and home isolation of the sick. Guidelines from the Centers for Disease Control and Prevention say schools should close for cleaning and contact tracing if a person in the school community is infected.

Such a closure typically would last only a few days. But there's a problem with that strategy in this pandemic: It's unknown how many cases of fever and cough present in many school communities are actually COVID-19 because widespread testing of children with possible symptoms is not happening.

"We don't have a precise trigger point to know when to close schools," said Dr. Howard Markel, a pediatrician and medical historian at the University of Michigan. Markel pointed to lessons learned from the 1918 flu pandemic and said if you're going to close schools, it's important to do it early. One hundred years ago, cities that enacted multiple changes (like quarantine of the sick, bans on large gatherings and school closures) at the same time saw less transmission than those that adopted changes slowly, according to his research.

Given the lack of testing availability, it's hard to know who has the virus. So, many public health experts believe it's time to take an aggressive approach.

The concerns for an overburdened health system have left us with a series of unappetizing choices, said Dr. Ashish Jha, an internist and professor of global health at Harvard University. "It gives me a lot of hesitation to say this, but I'm going to say it: We should close all the schools," he said in an interview on Friday.

Q: What is the rationale not to close schools?

They are an important source of nutrition for a lot of kids. "If you're talking about kids being without adequate nutrition for weeks or months, that's awful," said Jha. He worries that once they begin, the closures could last weeks (others fear this as well).

Some districts are designating sites where kids can pick up food while schools are closed. New Mexico closed its schools but is leaving cafeterias open.

In California, Gov. Gavin Newsom was asked Sunday why he hadn't issued a broad order to close schools in his state, where the virus is circulating in several counties. He pointed out that some parts of the state have been largely unaffected so far, but also noted that some school districts that had closed didn't yet have plans for delivering food, carrying out education plans or providing for homeless students. "I'm deeply concerned about their health and I'm deeply concerned about their safety," he said.

Closing schools also presents a challenge for the workforce. Parents who are first responders, medical professionals and firefighters are desperately needed right now at their jobs, Newsom said. Many also work for hourly wages, and it will be difficult for them to cope economically if they have to miss work to be with their kids.

Some school closings are likely unnecessary, said Markel. But the public has begun pushing officials to do something, and schools sometimes oblige. "Sometimes for theatrical reasons. You want people to feel safe," Markel said. "On the other hand, you don't want to do stuff that's going to inconvenience people and cost a fortune."

And when schools close, kids may end up in places that put more people at risk. Many families rely on older relatives for child care, and they are the most at risk when it comes to COVID-19, said Dr. Alan Melnick, the health officer for Clark County, Washington. "That's certainly not a good outcome," he said.

While there's broad agreement that we should enact social distancing, work from home where possible, wash our hands more and travel less, whether to close schools is a thorny issue among public health experts. Most agree, however, that closing schools is likely to have a disproportionate impact on folks with low incomes and parents who can't supplement their children's education.

Q: If my school isn't closed, how do I decide whether to send my kid?

This is a question to take up with your pediatrician and your child's teacher. Kids with compromised immune systems or particular health needs might have reasons to consider staying home, even if classes are meeting. Some schools have made clear to parents that, even if they are open, absences will be counted differently during these difficult times.

Q: If my kid's school is closed, what is it OK for them to do?

Some schools, including many in New York City and the San Francisco Bay Area, are turning to online education, hoping to continue classes and provide students with a structured day. But that option relies on having a student body with reliable access to home computers and the internet. In many areas, libraries and other places with public computers are also closed, limiting student access.

Some states, like New Mexico and Ohio, have ordered extended spring breaks, calling for a temporary two- to three-week shutdown.

So what should kids do with all that free time? Though it may be tempting to let them hang out with their friends during this period, experts advise against it. Young kids have "poor respiratory hygiene," Markel said. They slobber, drool and sneeze on people. Older kids aren't always much better. If it turns out children are good at spreading the disease even if they don't get particularly ill, it's likely to travel fast.

Since the goal is to narrow the social circles we all travel in and stop the disease from spreading, it's important to avoid play dates and gatherings, particularly in these first weeks. Playing outdoors is important, Jha said, but it's best done with other household members. Those household members, though, should not be elderly relatives.

And it may be unrealistic to isolate families completely, due to work or even your sanity, said Jha. If your kids must be around other children, use good judgment, he said. If somebody is sick, don't hang out with them. Work on hand hygiene and choose a small circle of people — who are also distancing from others — to spend time with.

Q: So how long do schools need to be closed to slow the spread of the disease?

According to the CDC, a short closure of two to four weeks is recommended if a significant number of teachers or students have become ill. And a longer closure of four to eight weeks is suggested in communities where the virus is circulating broadly, affecting health care facilities.

While closing to clean or because students are missing class can be important, it may not do much to curb the spread of disease. To do that, kids should be out of class much longer ― eight to 20 weeks — according to the CDC.

If schools are being closed in order to flatten the curve, then they will probably remain closed for weeks. Jha said he is working on the assumption that, in many places, in-person classes will be suspended through the end of the school year. "Whatever school districts say, they are going to be closed for weeks, maybe even months," Jha said.

I’m an Infectious Disease Doctor. Yes, I’m Vaccinating Our 5-Year-Old Against Covid-19. Here Is Why You Should Too.

What’s the Difference Between a PCR and Antigen COVID-19 Test? A Molecular Biologist Explains