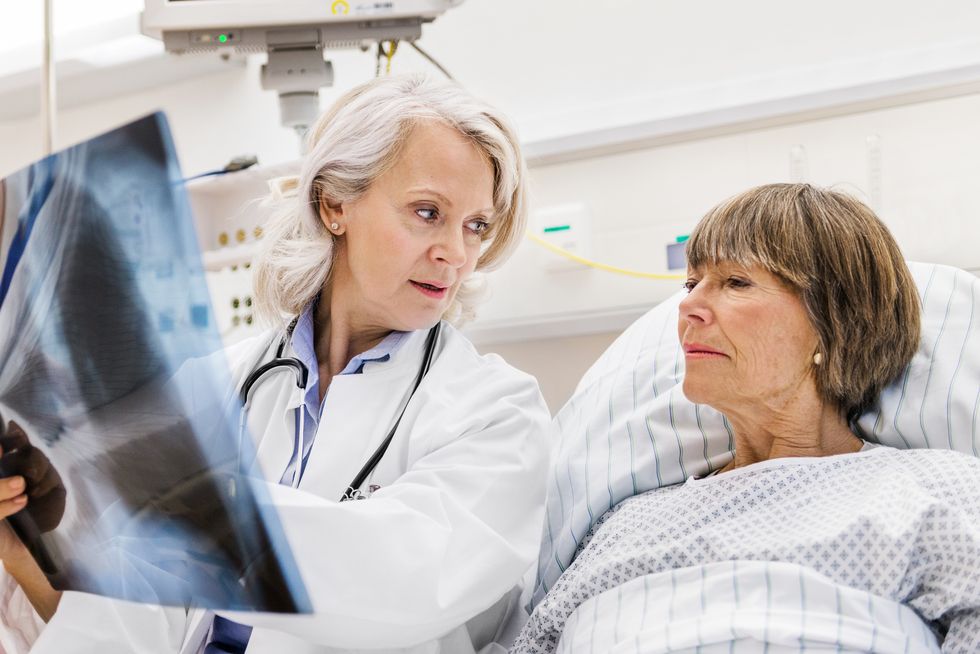 More Americans are surviving lung cancer in recent years, but very few people at high risk are getting the recommended screening.

Those are the highlights from the latest "State of Lung Cancer" report from the American Lung Association (ALA), published Nov. 13.

There are positive trends, including the survival numbers: Compared with a decade ago, the five-year survival rate among lung cancer patients was 26% higher in 2015.

In addition, fewer Americans are being diagnosed with the disease. Over the same period, new lung cancer cases declined by 19%.

Then there's the bad news: Most Americans with lung cancer are still being diagnosed at a later stage, when the odds of a cure are low. So even now, only about 22% of all lung cancer patients survive for five years.

That's despite the fact that screening for lung cancer is available and recommended for certain high-risk people: adults aged 55 to 80 who are currently heavy smokers, or who quit within the past 15 years.

That guideline was issued in 2013 by the U.S. Preventive Services Task Force, a government-funded panel of medical experts. The American Society of Clinical Oncology (ASCO) has similar recommendations.

Yet in 2018, the ALA report found, only 4% of eligible Americans were screened for lung cancer.

Why? In general, it takes time for new screening recommendations to make their way into practice, explained Dr. Andrea McKee, a medical adviser to the ALA.

But with lung cancer screening, McKee said, there are also some specific obstacles. Using CT scans for that purpose is "completely new," she noted, and the resources are not necessarily in place in a given local area.

Beyond logistics, though, many Americans -- including doctors -- may not have all the facts on lung cancer screening.

"There's a lot of misinformation out there, in the media and even in the medical literature that doctors read," McKee said.

One issue relates to "false positives" -- where a screening test incorrectly suggests cancer is present.

The odds of a false positive with CT lung cancer screening are "quite low," McKee said: "There's about a 10% chance on the first exam, and then it goes down afterward because the radiologist has that first [scan] to use for comparison."

Yet some reports have stated that the false positive rate is as high as 96%, McKee said.

There have also been inaccurate reports that CT screening carries a significant risk of "overdiagnosis" -- where a person is diagnosed and treated for a cancer that would not have been fatal. That's an issue with a disease like prostate cancer, which is often slow-growing and may never cause harm.

"But lung cancer is generally a very aggressive disease," McKee said. Research suggests that the risk of overdiagnosis from screening is 3%.

On the other hand, screening could save many lives, McKee said.

About 8 million Americans qualify as high risk for lung cancer, according to the ALA. If even half were screened, the group estimates, more than 12,000 deaths from lung cancer could be averted.

The fact that only 4% of eligible Americans were screened in 2018 is "terribly disappointing," said Dr. Nathan Pennell, a lung cancer expert with ASCO. Pennell, who practices at the Cleveland Clinic in Ohio, was not involved in the report.

He pointed to an additional reason for the low screening rate: the public's generally fatalistic view of lung cancer. "People are afraid to be screened," Pennell said, "because they think lung cancer is a death sentence."

However, he said, the improvement in five-year survival is testament to recent treatment advances. They include immunotherapy, which boosts the immune system's ability to kill cancer cells, and "targeted" drugs that treat certain lung cancers with specific genetic mutations.

Pennell recommended that smokers and former smokers talk to their doctor about whether they should undergo CT screening.

Private insurers and Medicare cover screening for eligible people, according to the ALA. However, Medicaid -- the government health insurance program for low-income Americans -- is not required to pay for it.

As of January 2019, Medicaid programs in 31 states covered lung cancer screening, the ALA report found. Twelve states did not, and seven had no information available.