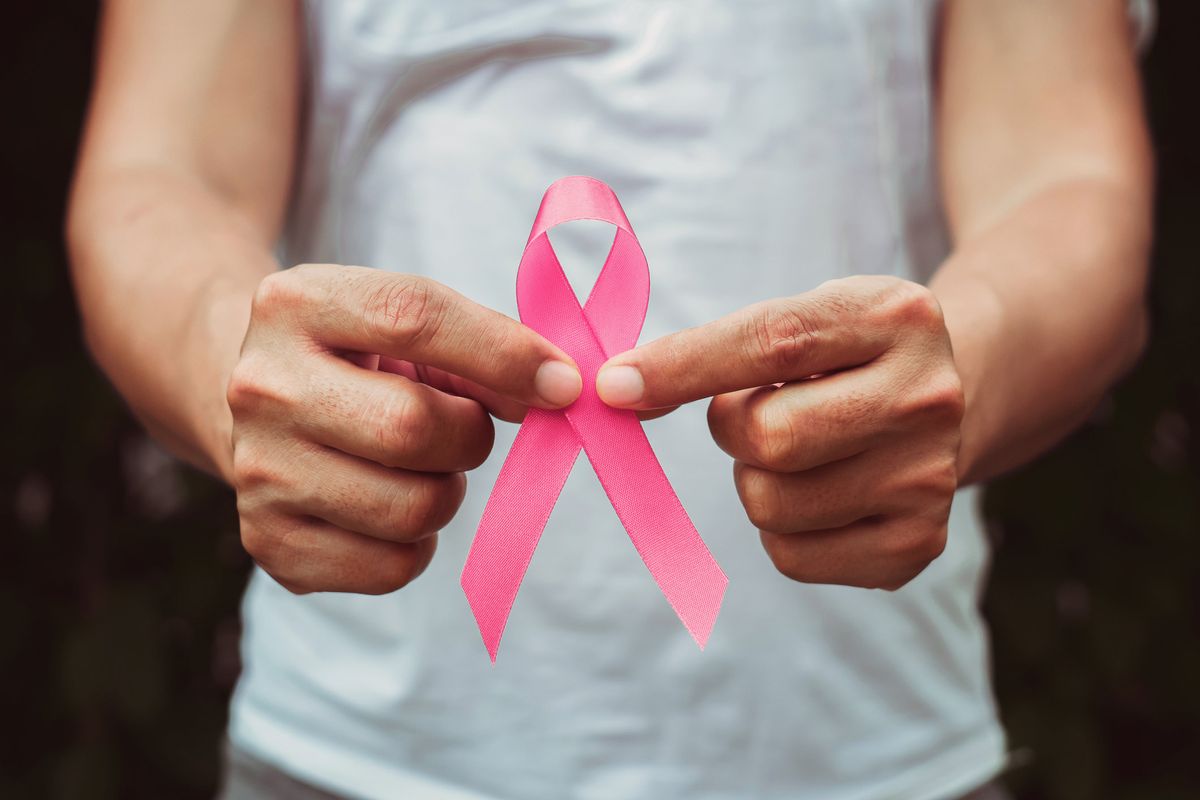 Coping with a diagnosis.

My breast cancer diagnosis was delivered to me almost 20 years ago by a doctor who, in a strained, unpracticed voice, told me, "Well, the news is good…and it's also bad." His nurse-with-no-name stood grimly by my side (Ready to catch me? Hold my hand? She did neither) in his bland hospital office.

The bad news? I would have to lose my left breast. I was just 34 years old with two sons not yet out of diapers, a husband who had just embarked on a solo business venture and a network of friends way too young and too consumed with their own lives to know how to help me. A mastectomy followed by the strongest of chemotherapy was ordered—my youth demanded the most aggressive treatment available—followed by a five-year course of Tamoxifen, an anti-estrogenic pill. I had to learn a whole new vocabulary, so foreign and removed from my chosen interests of child-rearing and postpartum depression.

The good news? At the time, I didn't think there could be any, but now, almost 20 years later, I realize that the words "We caught the cancer early" would shape my future.

I had only focused on the words, "You have cancer," and I was convinced this meant that I was going to die.

Breast cancer has brought me down many roads—at first, dark bumpy roads mottled with potholes of fear and sorrow so deep that I swore I'd fall into them and never climb out. Then, with each passing year of continued good health, those roads became smoothly paved so that I could walk with a bit more of a firm footing and lighter step.

I've seen a lot and I've done a lot since then. My oldest son graduated from college last year, with my younger one following suit this coming May. I lost my two best friends to breast cancer but have ushered many other friends through it. I returned to school for my MFA in writing, spurred by my desire to write about breast cancer and all the factual, yet emotional, implications of it. I've involved myself with survivor groups and fund-raisers and celebrations—all because of those three impossibly powerful words articulated to me almost 20 years ago, three words that I can still hear with an acute clarity.

Today, being diagnosed with breast cancer may still stir up some of the same emotions that I once experienced. Fortunately, though, the roads are more plentiful and easier to navigate. They're paved with reliable and informed Internet support resources, community boards and blogs of other women to commiserate with. And there's the reassurance that breast cancer can, in so many cases, be successfully treated due to ongoing research and discoveries. Yes, there's actually good news: Death rates from breast cancer have been declining since around 1990. And, the larger decreases have been in women younger than 50. There's earlier detection through screening, and increased awareness and improved treatments are available.