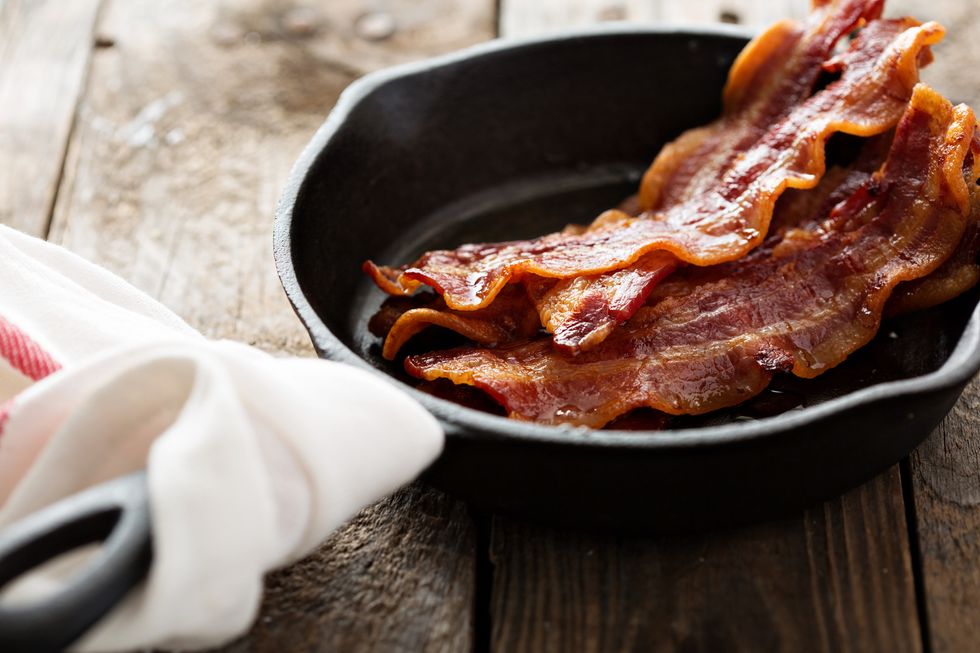 The Keto Diet Is Popular, But Is It Safe?

Nutritionists caution that the diet is challenging to follow and doesn't include many nutrient-rich vegetables and fruits.

These are a few of the keystones of the trendy "keto" diet, a high-fat, low-carbohydrate eating plan that's sweeping the nation.

What Is the Keto Diet?

The diet is intended to alter your body's metabolism, putting it into a state called ketosis, explained Melanie Boehmer, a registered dietitian at Lenox Hill Hospital in New York City.

The human body normally relies on carbohydrates for most of its quick energy, but in ketosis the body shifts its primary focus to burning fat.

"When you put your body intentionally in ketosis, your body becomes incredibly efficient at burning fat for energy," Boehmer said. And that translates into lost pounds.

But nutritionists caution that the diet is challenging to follow and doesn't include many nutrient-rich vegetables and fruits.

Also, it may pose possible heart risks, especially for folks who have heart disease.

The keto diet is newly popular, but it really dates back to the 1920s, when it was developed as a treatment for epilepsy, said Cat Taylor, a registered dietitian with Nutrition on Demand, a Washington, D.C.-based consulting firm.

Back then, doctors figured out that forcing people with epilepsy into ketosis through a low-carb diet appeared to help reduce seizures, possibly by altering the energy supply to the brain, Boehmer said. This dietary approach to seizure management is still being used today, although most patients opt for effective anti-seizure drugs.

"We've used very low carbohydrate diets to treat epileptics in a clinical setting for a very, very long time," Boehmer said. "Now is the first time we're seeing it used by a more general population for weight management and diabetes."

"I see a lot of people assuming that the keto diet includes all the fat and protein you want, but in actuality even proteins have to be monitored because the body can break down protein and turn it into carbohydrates," Taylor said. "Fats are the only nutrient that the body cannot turn into carbohydrates for fuel."

The diet sounds like a meat-eater's dream, but it's actually very complicated, Boehmer and Taylor said. People following the diet require intricate eating plans to get the correct amount of fats, proteins and carbs to put them into ketosis.

Because of this, people really need to approach keto eating as a full-fledged lifestyle rather than a quickie diet if they want long-term weight loss, Boehmer said.

"Any time we talk about diets, where there's a beginning and an end, then automatically we're kind of setting ourselves up to fail," Boehmer said. "I would say if people want to try a keto lifestyle, that would be a better way to approach it, knowing that you need to educate yourself in terms of what those foods look like. There's definitely a healthy way to do this."

Entering ketosis is no picnic, either.

The keto flu usually sets in three days to a week after starting the diet, and lasts a week to two weeks, Boehmer said.

"If it lasts longer than three or four weeks, you're probably not in ketosis and you're teetering back and forth" between the two metabolic states, she noted.

The mistake people make that extends keto flu is reintroducing carbs back into their diet too soon, Boehmer said.

"The recommendation is to be in ketosis for two or three months before you even start to try and do that," Boehmer said.

There are some concerns about the effectiveness and healthiness of the keto diet, mainly because there's not much scientific evidence regarding it, Taylor said.

"While there are some small studies supporting the benefits of the keto diet, no substantiated evidence-based research has been published and, most concerning, the long-term impact of the keto diet is unclear," Taylor said.

Some nutritionists are worried that by shunning carbs, people will miss out on crucial nutrients found mainly in carb-laden fruits and vegetables, Taylor said.

"Several nutrients vital to health are contained in carbohydrate-dense foods, including fruits, vegetables, legumes and grains," Taylor said. "Just one medium apple contains about 17 grams of net carbs. This is concerning because these vitamins, minerals and phytonutrients contained in the above foods are vital to heath, immunity and disease prevention."

The keto diet also can be a cardiologist's nightmare, Taylor added.

"The keto diet's focus on fat-dense foods is concerning especially if individuals choose a high amount of saturated or trans fats, which are linked to a rise in LDL 'bad' cholesterol that has been connected to higher rates of heart disease," Taylor said.

Foods that can contribute to a healthy keto diet include seafood, grass-fed beef and poultry, nonstarchy vegetables, avocados and berries, Boehmer said.

"You should focus on whole foods that are naturally low in carbs," Boehmer said.

One last warning -- people taking up the keto diet should not be fooled by quick weight loss early on, Boehmer said. If they start adding in carbs too soon, they will regain the weight and potentially extend their keto flu.

"When you transition to a ketogenic diet, people lose a lot of weight very quickly," Boehmer said. "That's not actually because they are losing physical weight. It's usually because carbs hold more water, so they're losing water weight. That's another thing to recognize. You need consistency to see actual weight loss and change."

The Truth About Losing Weight