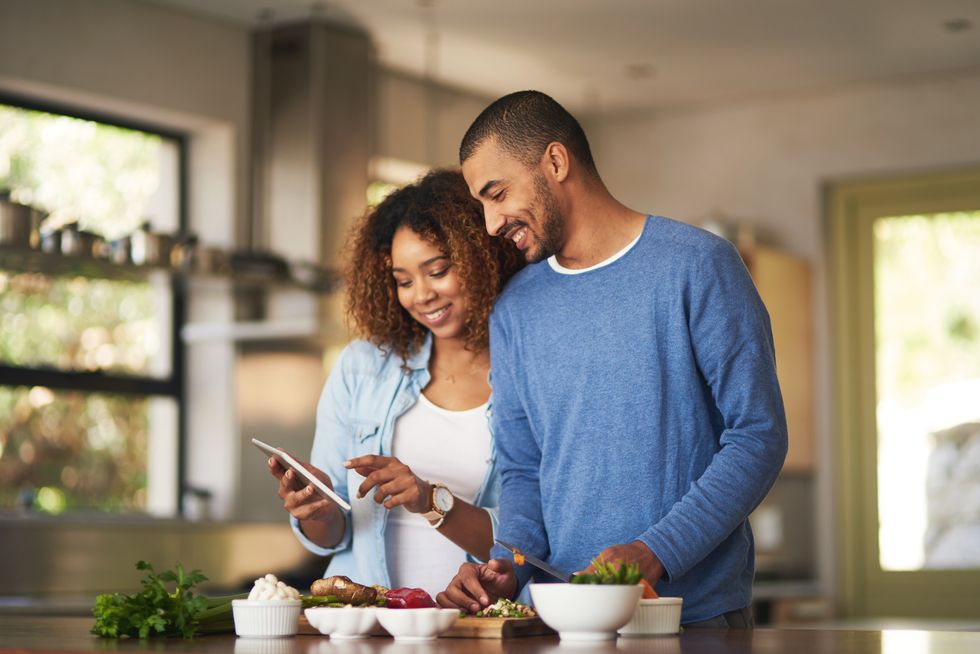 Your dinners out could be sabotaging your diet.

Researchers asked more than 400 Seattle-area adults about what they cooked and ate for a week. They were graded using the U.S. Department of Agriculture's Healthy Eating Index (HEI).

Households that had home-cooked meals three times a week had an average score of about 67, while cooking at home six times a week bumped up the average to about 74.

The results suggest that regular home-cooked meals—which tend to be lower in calories, sugar and fat—give you a better diet at a lower cost.

The Oregon State University study was published in the May issue of the American Journal of Preventive Medicine.

"Higher HEI scores are generally associated with higher socioeconomic status, education and income. By contrast, cooking dinner at home depends more on the number of children at home. The study showed no association between income or education and eating at home or eating out," study author Arpita Tiwari, a health systems researcher, said in a university news release.

"Traditionally better socioeconomic status—more money—means healthier people. That's the trend. This research goes against that; it shows a resilience to that trend. It's not spending more but how you spend that's important," Tiwari concluded.

Eight out of 10 Americans fail to meet at least some federal dietary guidelines, and about half the money spent to eat is for food not cooked at home, the study pointed out.