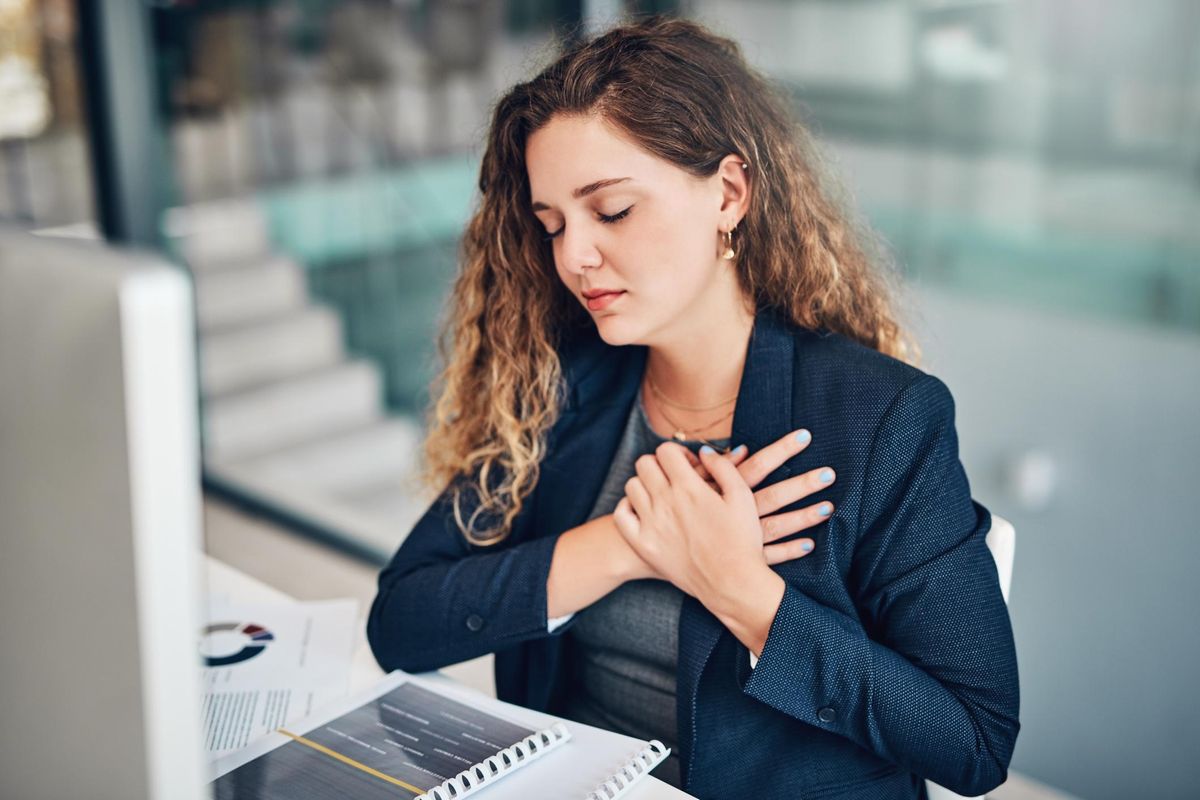 Having a Heart Attack at 30

On an early morning in June 2000 I awoke suddenly with pain in my chest and upper back. I felt like I could not take a deep breath. I wondered what was wrong with me—could it be the flu or food poisoning or an injury? I had played racquetball the night before so I thought perhaps I had bruised my ribs and back. I was 30 years old; a captain in the Army JAG Corps. I was training for a marathon. I tried to soldier on through the day with the pain and worsening condition—nausea, profuse sweating, pain in the jaw and arm.

I finally went to the ER and recited my symptoms to the nurse. The doctor who examined me wanted to give me some Motrin and send me home, never ordering any tests. I knew something was terribly wrong with me and demanded to be given some kind of test. I looked above me and saw an EKG and asked to have one.

The shock did not truly hit until a couple of days later in the hospital. Maybe the morphine helped delay my emotional response but once the emotions arrived, the effects lasted years. I thought, how could this happen? Why me? Am I the only young female to have a heart attack? I thought only older men have heart attacks—the ones who eat fatty foods and never exercise. I have no risk factors; I eat healthy, exercise, do not smoke and have no family history.

The doctors advised that I had a spasm in one of my arteries, a blood clot formed as a result, and the clot blocked one of my coronary arteries causing the heart attack.

Medical professionals did not know how to handle me. I was a rare case they said. Or was I? I needed to find out as much information about what happened to me as possible. A wonderful cardiac rehab nurse told me about a Web site called WomenHeart.org. I found out that heart disease is the number one killer of women, and many women had been misdiagnosed like me. Through WomenHeart I met other women in my age group who had heart attacks. It was nice to know that I was not the only young woman in the world who had a heart attack.

For a long time I felt like damaged goods. I was only 30 and already had a heart attack— what next? I saw a lifetime of hospital stays, sicknesses and a changed life. I feared I would not wake up one morning. It took a long time to feel confident that I would be OK. I did not want this having a hold on my life. I took control of my emotions and started to slowly get back into running. I became educated about heart disease and could name all the cardiac tests, understood the medical terminology and knew the symptoms and risk factors.

I learned that I could not just sit back and live in fear of my heart attack. I also learned that you cannot control all aspects of your life—you never know when you'll get thrown a curveball. I became a volunteer for WomenHeart and told my story to other women, which was very cathartic. It's a great feeling to help other women. If I could prevent just one woman from being misdiagnosed like me, then it's a victory.

I definitely listen to my body more and try not to stress about things I cannot control. I have a wonderful job I love and recently got married. I also ran a marathon four years after my heart attack. Becoming educated about what happened to me really helped me heal.

I would advise women: listen to your body—you know it better than any medical professional. Be adamant about your treatment and become educated about your medical condition. It will make you feel more in control during a situation that feels out of control.