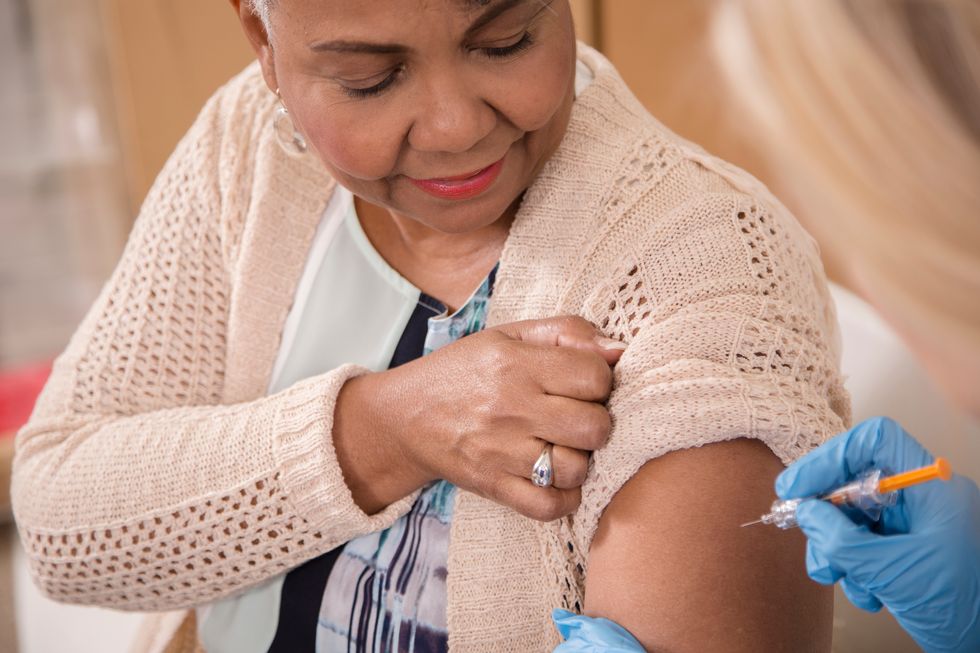 Have Heart Failure? Flu Shot May Save Your Life

If you have heart failure, a flu shot can truly be a lifesaver, researchers report.

MONDAY, Dec. 10, 2018 (HealthDay News) -- If you have heart failure, a flu shot can truly be a lifesaver, researchers report.

A study of patients in Denmark who were recently diagnosed with heart failure found that a flu shot cut their risk of premature death by 18 percent, compared with not getting a shot.

Annual flu shots also reduced patients' risk of dying from any cause or from cardiovascular disease by 19 percent, the study found.

"Patients with heart failure are at high risk for illness and death, and studies have suggested that infection with influenza can substantially increase the risk for hospitalizations and death in these patients," said Dr. Gregg Fonarow, a cardiologist in Los Angeles.

Heart failure means the heart no longer pumps blood efficiently. The condition will likely increase over the next 10 years as the population ages, and for those people, flu can be serious or deadly, the researchers said.

These new findings add to the evidence suggesting that annual flu shots may be of great benefit to patients with heart failure and help to reinforce current recommendations for annual vaccination, said Fonarow, director of the cardiomyopathy center at the University of California, Los Angeles. He didn't work on the study.

A New York City physician agreed. "This study increases the evidence that a flu shot may be lifesaving," said Dr. Marc Siegel, a professor of medicine at NYU Langone Medical Center.

Flu knocks down your immune system and stresses your body, increasing the risk of pneumonia, bronchitis and heart trouble, said Siegel, who wasn't involved in the new research.

Blood clots are more likely to form because of flu, and that can lead to a heart attack, Siegel said. "Since flu shots decrease the severity of flu, they directly reduce the risk of heart attack," he explained.

Flu vaccination also reduces the odds that emphysema, asthma or other chronic conditions will flare up, Siegel added.

Having your shot in September and October, before flu season starts, offers more protection than waiting until November or December, the researchers found. But it's never too late.

The study, published online Dec. 10 in the journal Circulation, was led by Daniel Modin, of the University of Copenhagen. He and his colleagues gathered 12 years of data on more than 134,000 Danes recently diagnosed with heart failure. Vaccination rates varied from 16 percent in 2003 to 52 percent in 2015, with a high of 54 percent in 2009.

Frequency matters, too. Compared to consistent annual flu vaccination, an occasional annual flu shot offered less protection from any cause of death or death from heart disease and stroke, the research team found.

Flu vaccination "may be regarded as a standard treatment in heart failure similar to medications," Modin added.

In a normal flu season, 40,000 Americans die from the flu. Last winter was severe, with 80,000 dying, according the U.S. Centers for Disease Control and Prevention.

The CDC says everyone 6 months and older should get a flu vaccination every year. And if you do get the flu, antiviral medications such as Tamiflu (oseltamivir phosphate) or Xofluza (baloxavir marboxil) can make it milder. The earlier you take these drugs, the more effective they will be, the agency advises.