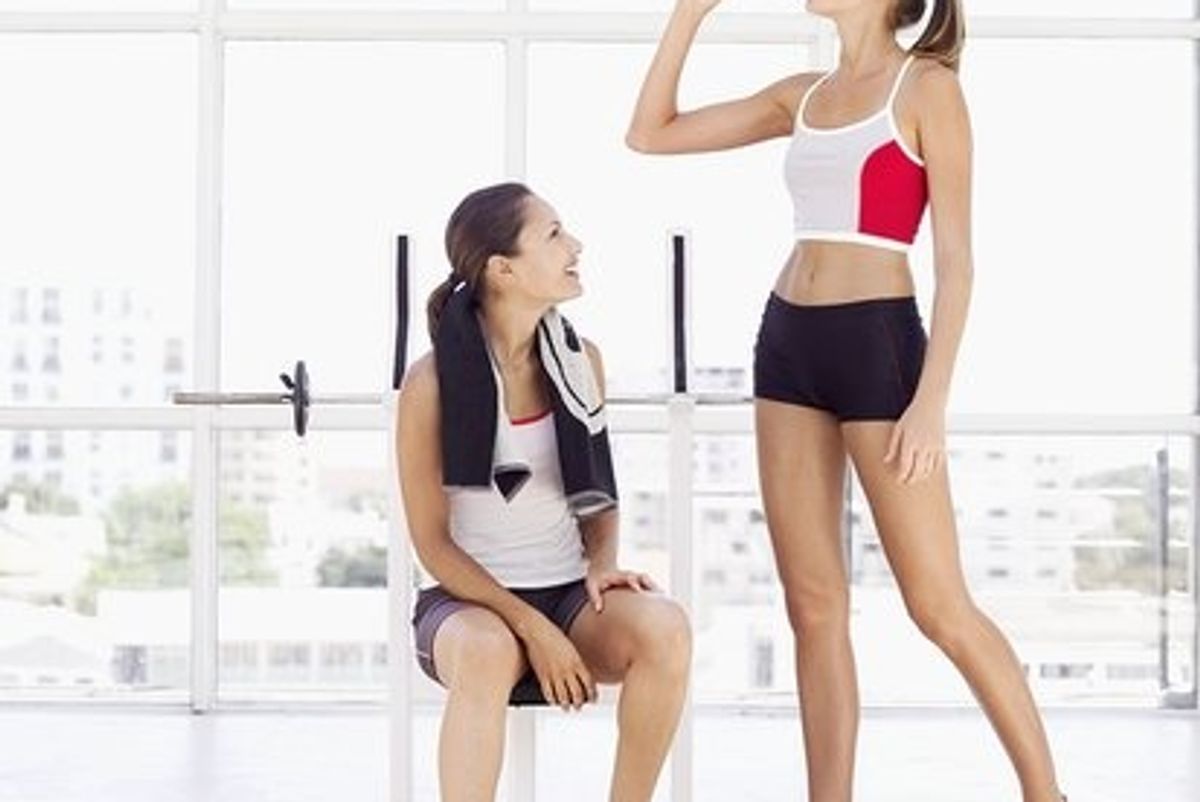 Get Motivated: The Workout You Won't Cancel

If you're having trouble making it to the gym or getting out the door for a walk or run, team up with a buddy to keep you on track.

Karen Stein was feeling angry with herself. She had started a new job, with a demanding travel schedule that caused her to add unwanted pounds. As winter ended, Stein* felt so unhappy about her weight gain that she resisted when her friend, Susan Mosher*, tried to get her outdoors for physical activity.

That might have been the end of the story. But Stein, 37, and Mosher, 41, are exercise buddies as well as friends. They had started exercising together as co-workers and continued after the company that employed them had folded. For nearly five years now, except in the dead of winter, the two Pennsylvania women meet at least once a week (more often in summer), to walk a five-mile loop in a park near their homes.

According to Stein, her exercise buddy wouldn't let her stay depressed and inactive. Mosher finally convinced her to lace up her sneakers and head for the park.

"We just started going again and it worked itself out," says Stein, who lost nearly all the extra weight. "She was a huge part of me taking it off."

There's strength in numbers, the old saying goes, and that's especially true for many women when it comes to exercising. Social support encourages physical activity. An exercise buddy (or two) makes such support even more personal. If you decided to become more active this year, having an exercise buddy may help you achieve and maintain that goal.

"Exercise partners can provide a kind of gentle coercion and limit your negative self-talk," says Barbara A. Brehm, Ed.D., professor, Department of Exercise and Sport Studies, at Smith College in Northampton, MA. Forget making excuses about why you're too tired or too busy to exercise. When you're scheduled to meet a friend for exercise, Brehm says, "you'll avoid that debate in your head about whether you should go and work out."

The buddy system keeps boredom away and makes time pass quickly. Many exercise partners talk as they walk (walking is a popular buddy exercise). The miles or kilometers seem to disappear more rapidly while chatting with a companion than they do when you're exercising alone, focusing on every step or minute.

"I can go on a two-mile walk by myself, but I don't like anything longer," Mosher says. Yet when she walks five miles with Stein, "before you know it, you're done!"

Having a conversation while exercising dissociates you from the discomfort of the activity, says researcher James J. Annesi, Ph.D., Director of Wellness Advancement at the YMCA of Metropolitan Atlanta. "People who can tolerate discomfort better are less likely to drop out from exercise," he says.

What's more, even if they start out as only casual acquaintances, exercise buddies often build strong friendship bonds. That was true for Mosher and Stein, who count the psychological benefits of their relationship as important as the physical ones. "It's almost therapeutic," Mosher says. "As we walk, we tell each other our problems and struggles. And it's cheaper than therapy."

The buddy system works for losing weight as well. Researchers at Miriam Hospital/Brown Medical School and University of Massachusetts Dartmouth found that participants in a weight loss regimen that included exercise lost more weight when their support partners took part in the same program and were successful at dropping pounds. Others participating alone, or whose support buddies didn't lose weight, did not do as well.

One reason that teaming up with an exercise buddy works is that you see someone who's similar to you doing a physical activity. That strengthens your belief that you can accomplish the same thing.

The greater your self-confidence about performing regular activity or keeping up in an exercise class, the more motivated you're likely to become, Brehm says. That boosts adherence—your ability to stay with an exercise regimen beyond the start-up phase.

"People who stick to their exercise program get some kind of reward: it makes them feel better, it helps them sleep, it's fun to do, or it's accomplishing something," says Brehm. When you have a buddy, "you're accomplishing two things at once. You're getting to see your friend…and you're exercising at the same time."

You can achieve adherence success with a supportive group as well, says Annesi, who has conducted research on the subject. He's sympathetic if your knees grow weak at the thought of entering a room filled with sleek, high-intensity, power exercisers. Not all physical activity that happens in a social setting is supportive, he notes.

Annesi advises you avoid groups (and individuals) that make you feel as if your body is being judged negatively. "When you find a group that you feel comfortable with…you'll stay with the exercise," he says.

* The names of the exercise buddies in this article are pseudonyms.