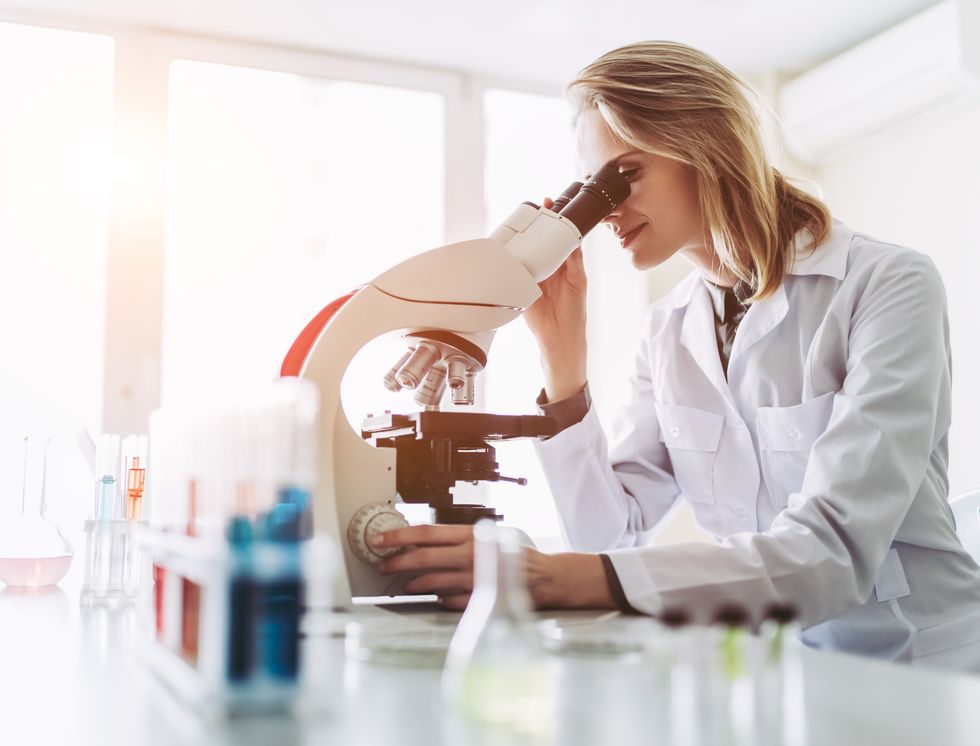 Genetic screening might someday help predict who's most at risk for heart attack, according to a study presented this weekend at the American Heart Association's annual meeting in Philadelphia.

MONDAY, Nov. 18, 2019 (HealthDay News) -- Sudden cardiac death is terrifying because it's exactly that -- one minute you're fine and the next you're facing death, with no warning and no prior symptoms.

Now, new research shows the secret to who's at risk for cardiac arrest and who isn't could lie in people's genes. And a gene test might someday help predict who's most endangered, according to a study presented this weekend at the American Heart Association's annual meeting in Philadelphia.

Researchers said they have identified a group of 14 gene variants that appear to be linked to sudden cardiac death.

People carrying any of these variants had a more than triple the risk of dying from cardiac arrest, said lead researcher Dr. Amit Khera. He's associate director of the Precision Medicine Unit at Massachusetts General Hospital's Center for Genomic Medicine.

"This really lays the groundwork to say these are important mutations, and what's exciting is if we can identify them, we have treatments for the conditions to which they are tied," Khera explained. "My goal now is to use genetic variation as a tool to empower people to overcome whatever risk they might have been born with."

Sudden cardiac arrest is responsible for 325,000 adult deaths in the United States each year -- about half of all heart disease deaths, the Cleveland Clinic says. It strikes most often in adults in their mid-30s to mid-40s, and affects men twice as often as women.

There are four major reasons a person might fall prey to sudden cardiac death, Khera said: a weakened heart muscle, a heart attack, an abnormal heart rhythm, or a dilation or tear in the aorta (the main artery leading out from the heart).

"We know each of these diseases tends to run in families and there are genetic variants that cause each of these conditions," Khera said.

To find out more, his team pulled together data on 600 people who'd been felled by sudden cardiac death and matched them against 600 "controls" who hadn't.

They then performed genetic sequencing on the entire pool of 1,200 people to look for genes previously linked to heart or blood vessel disease, with no knowledge of which were victims of sudden cardiac death.

The researchers found 15 people who carried at least one of 14 different genetic mutations tied to heart health. After that, they took a step back to see which of the people had died of sudden cardiac death and which were controls.

"All 15 of these people had actually dropped dead [of cardiac arrest]," Khera said. "Zero of them were in the controls."

As a next step, the researchers tracked a group of more than 4,500 healthy people for a median 14 years, to see whether those who carried one of these genetic variants would fall from sudden cardiac death.

The team identified 41 people -- about 1% -- as carrying one of these disease-causing genetic variants.

"We were able to show that from 2002 to 2017, they were at more than triple the risk for dying from sudden cardiac arrest," Khera said.

Khera's hope is that one day doctors will use these genes to screen for folks with hidden heart risk, and then treat them to lower the risk using therapies and drugs.

He's already started this work, digging through Massachusetts General Hospital's biobank of 100,000 patients to look for people carrying one of the 14 variants.

"We've already started calling them back, saying you have these variants, do you want to learn about it?" Khera said.

Still, Khera thinks it's 5 to 10 years from the point where people could receive such genetic screening in their doctors office.

Dr. Kim Eagle, a cardiologist with the University of Michigan Medicine, said such a test could be even further off.

"I think you have to view this as preliminary," he said of the new study. "Clearly, we're still grappling with the challenge of taking the human genome and what we know about it and applying it to day-to-day practice in a cost-effective method."

There's still so much unknown about genetic variants that they are easy to find but hard to judge, Eagle said.

"If you talk about screening the general population for rare but potentially important genetic defects, you're going to find a lot of people that have a variant but you don't know how important it is," he said.

A test could result in a lot of false-positive results that scare patients to no good purpose, Eagle believes.

He shared the story of a male patient who'd frequently asked him for a genetic screen to find his potential risk factors. When Eagle demurred, the patient took the initiative to get a genetic screening from one of the new companies that have sprung up to provide this service.

He came back to Eagle very upset, pointing out that they found a couple of genes with important variants that could really affect his health.

"I said, 'You know what's really interesting? Both of these genes identify diseases that only happen in women,'" Eagle said. "Here's an example of the result of a false-positive -- a guy who doesn't understand, who's scared to death that he's got a rare genetic disorder, and it only happens in women."

The study was also published Nov. 16 in the Journal of the American College of Cardiology.