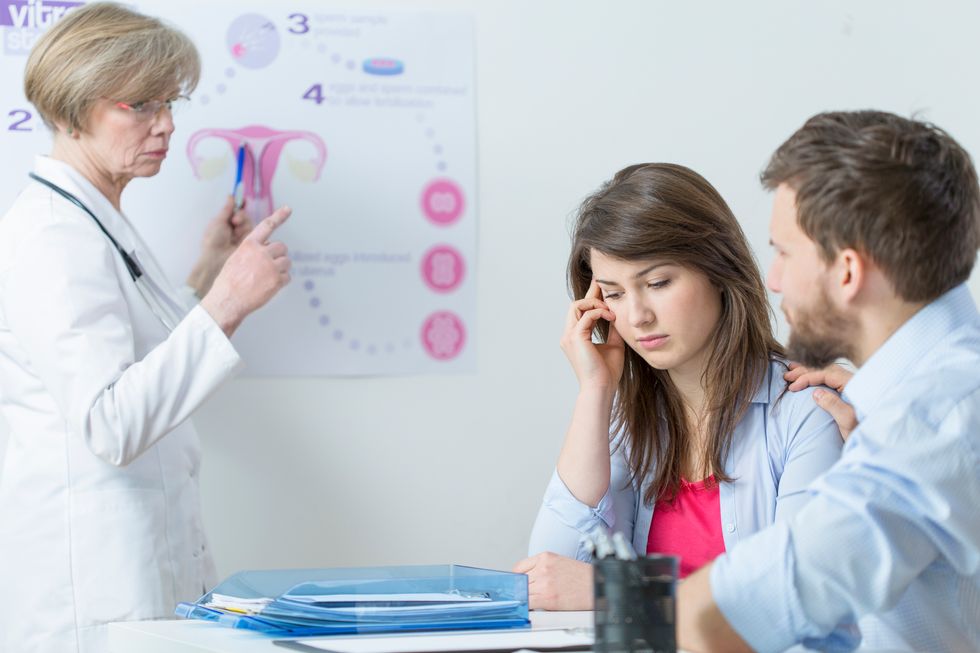 Women who undergo fertility treatment but don't get pregnant may have a slightly higher risk of heart disease, a new study suggests.

MONDAY, March 13, 2017 (HealthDay News)—Women who undergo fertility treatment but don't get pregnant may have a slightly higher risk of heart disease, a new study suggests.

Failed fertility therapy was linked to a 19 percent increased risk of heart attack, stroke or heart failure later in life among the women in the study, said lead researcher Dr. Jacob Udell. He is a cardiologist at Women's College Hospital in Toronto.

"Two-thirds of women were unsuccessful after undergoing fertility treatment, and it was in those women we found an association with an increased risk in adverse cardiovascular events long-term," Udell said.

But the study did not prove a cause-and-effect link between the two.

Udell said he and his colleagues conducted this research after noticing that fertility drug treatments can create short-term complications, including high blood pressure and diabetes—conditions linked to long-term heart health risk.

The researchers reviewed data on nearly 28,500 women under age 50—the average age was 35—who received fertility treatment in Ontario between 1993 and 2011. All of the women were followed through March 2015 to see if they developed heart health problems.

About one-third of the women gave birth within one year of their final fertility treatment, according to the researchers.

But the two-thirds who didn't get pregnant had a slightly higher risk of later heart problems compared to those who did become pregnant, the findings showed.

"We just want to caution this isn't cause for alarm," Udell added. "On an absolute scale, the risk was modest. It was equal to about four additional events for every 1,000 women who had undergone fertility treatment."

Nevertheless, one expert in women's heart health said it is something worth weighing prior to fertility treatment, as well as a risk factor that should be monitored afterward.

Udell pointed out that because the study was observational, the researchers can't say for certain what's behind the association between failed fertility treatment and future heart risk.

It could be that fertility treatments simply involve women who already have underlying health problems, Udell said. In fact, those health problems might be why they can't get pregnant, he added.

"The act of fertility therapy may be essentially a metabolic stress test that uncovers women who are destined to have medical complications or medical troubles long-term," Udell said. "This is often a woman's first exposure to really intensive medical care."

On the other hand, fertility therapy involves powerful drugs that amp up a woman's reproductive cycle. "Perhaps these very powerful medications used in frequent doses could be causing some injury to circulation or causing some premature heart disease," he said.

Regardless, these results should not dissuade a woman from pursuing fertility treatment, given the low absolute risk of a heart attack, stroke or heart failure, Udell said.

"These opportunities to start a family are very critical," Udell said. "I wouldn't discourage women from seeking out those treatments. It's not a reason not to try, but it's a reason to remind your family doctor or your specialist later in life about what you were exposed to earlier that could affect your heart health in middle age."

The study was published March 13 in the CMAJ (Canadian Medical Association Journal).