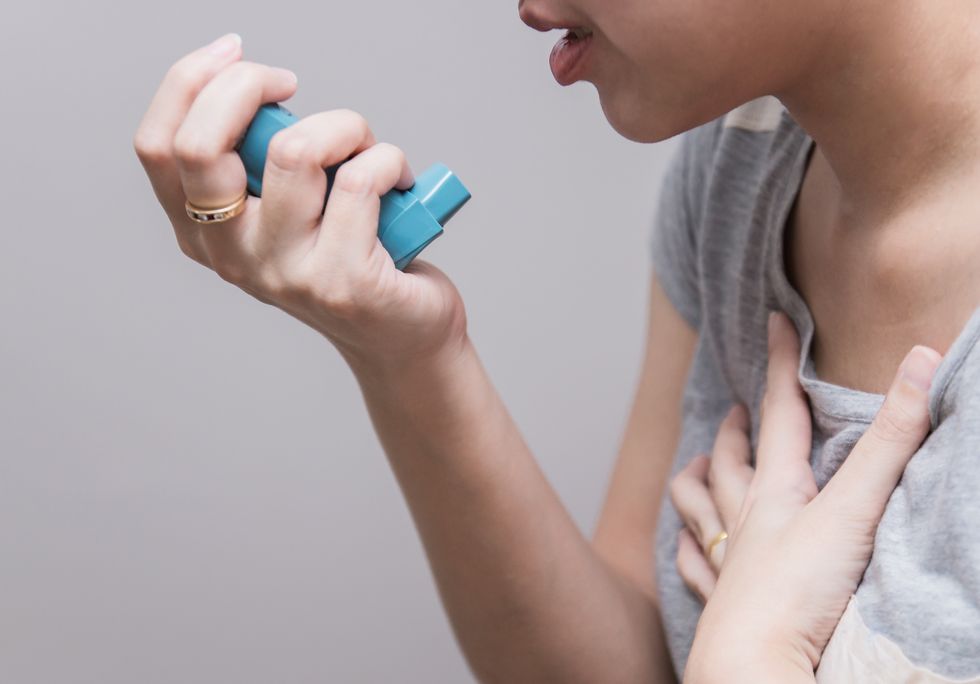 Fact Check: Who's Right On Protections For Preexisting Conditions? It's Complicated

Proposals to remove the ACA’s protections against discrimination in health insurance based upon preexisting conditions are both controversial and unclear, but they are being discussed in Congress and in political campaigns.

Ensuring that people with preexisting health conditions can get and keep health insurance is the most popular part of the Affordable Care Act. It has also become a flashpoint in this fall's campaigns across the country.

And not only is the ACA, which mostly protects people who buy their own coverage, at risk. Also potentially in the crosshairs are preexisting conditions protections that predate the federal health law.

Democrats charge that Republicans' opposition to the ACA puts those protections in peril, both by their (unsuccessful) votes in Congress in 2017 to "repeal and replace" the law, and via a federal lawsuit underway in Texas.

Republicans disagree. "Preexisting conditions are safe," President Donald Trump declared at a rally in West Virginia for Manchin's GOP opponent, Patrick Morrisey. Morrisey, West Virginia's attorney general, is one of a group of state officials suing to overturn the ACA.

Who is right? Like everything else in health care, it's complicated.

What is clear, however, is that voters want protections. Even majorities of Republicans told pollsters this summer that it is "very important" that guarantees of coverage for preexisting conditions remain law.

Here are some key details that can help put the current political arguments in perspective.

Preexisting conditions are previous or ongoing medical issues that predate health insurance enrollment. The problem is that the term is a grab bag whose limits have never been defined. It certainly applies to serious ongoing conditions such as cancer, heart disease and asthma. But insurers also have used it to apply to conditions like pregnancy or far more trivial medical issues such as acne or a distant history of depression.

The Kaiser Family Foundation estimated in 2016 that more than a quarter of adults younger than 65 — about 52 million people — have a preexisting health condition that likely would have prevented them from purchasing individual health insurance under the pre-ACA rules. (Kaiser Health News is an editorially independent program of the foundation.)

Protections vary by what kind of insurance you have.

But what protections people with preexisting conditions have depends on how they get their coverage. For that reason, it's not right to say everyone with health problems is potentially at risk, as Democrats frequently suggest.

For example, Medicare, the federal health program for seniors, and Medicaid, the federal-state health plan for low-income people, do not discriminate in either coverage or price on the basis of preexisting conditions. The two programs together cover roughly 130 million Americans — nearly a third of the population.

The majority of Americans get their coverage through work. In 1996, Congress protected people with preexisting conditions in employer-based coverage with the passage of the Health Insurance Portability and Accountability Act, known as HIPAA.

HIPAA banned those waiting periods for people who had maintained "continuous" coverage, meaning a break of no more than 63 days, and the law limited waiting periods to one year for those who were previously uninsured. In addition, it prohibited insurers from denying coverage to or raising premiums for workers based on their own or a family member's health status or medical history.

HIPAA was less successful in protecting people without job-based insurance. It sought to guarantee that people with preexisting conditions leaving the group market could buy individual coverage if they had remained continuously covered. But the law did not put limits on what individual insurers could charge for those policies. In many cases, insurers charged so much for these "HIPAA conversion" policies that almost no one could afford them.

The Affordable Care Act, passed in 2010, built on those 1996 protections, and specifically sought to help people buying their own coverage. It barred all health insurers from excluding people due to preexisting conditions, from charging them higher premiums and from imposing waiting periods for coverage of that condition.

While the protections were mostly aimed at the individual insurance market, where only a small portion of Americans get coverage, the ACA also made some changes to the employer market for people with preexisting conditions, by banning annual and lifetime coverage limits.

In 2017, the GOP-controlled House and Senate voted on several versions of a bill that would have dramatically overhauled the ACA, including its protections on preexisting conditions. Under the last bill that narrowly failed in the Senate, states would have been given authority to allow insurers to waive some of those protections, including the one requiring the same premiums be charged regardless of health status.

In February, 18 GOP attorneys general and two GOP governors filed suit in federal court in Texas. They charge that because Congress in its 2017 tax bill eliminated the ACA's penalty for not having insurance, the entire federal health law is unconstitutional. Their argument is that the Supreme Court upheld the ACA in 2012 based only on Congress' taxing power, and that without the tax, the rest of the law should fall.

The Trump administration, technically the defendant in that case, said in June that it disagreed that the entire law should fall. But it is arguing that the parts of the law addressing preexisting conditions are so tightly connected to the tax penalty that they should be struck down.

Clearly, if the lawsuit prevails in either its original form or the form preferred by the Trump administration, preexisting protections are not "safe," as the president claimed.

Even more complicated, the protections written into HIPAA were rewritten and incorporated into the ACA, so if the ACA in whole or part were to be struck down, HIPAA's preexisting conditions protections might go away, too.

Republicans in Congress have introduced a series of proposals they say would replicate the existing protections. But critics contend none of them covers as many situations as the ACA does. For example, a bill unveiled by several Republican senators in August would require insurers to offer coverage to people with preexisting health conditions, but not require coverage of the conditions themselves.

That hasn't stopped Republicans from claiming that they support protections for preexisting conditions.

"Make no mistake about it: Patients with preexisting conditions should be covered," said Wisconsin GOP Senate candidate Leah Vukmir, who is running to unseat Democratic Sen. Tammy Baldwin. Health care has been a major issue in that race, as well as many others. Yet Vukmir was recently hailed by Vice President Mike Pence as someone who will vote to "fully repeal and replace Obamacare."

Meanwhile, Democrats who are chastising their Republican opponents over the issue are sometimes going a bit over the top, too.

An example is Manchin's claim about the threat to coverage for 800,000 people in West Virginia. West Virginia's population is only 1.8 million and more than a million of those people are on Medicare or Medicaid. That would mean every other person in the state has a preexisting condition. A recent study found West Virginia has a relatively high level of preexisting conditions among adults, but it is still less than 40 percent.