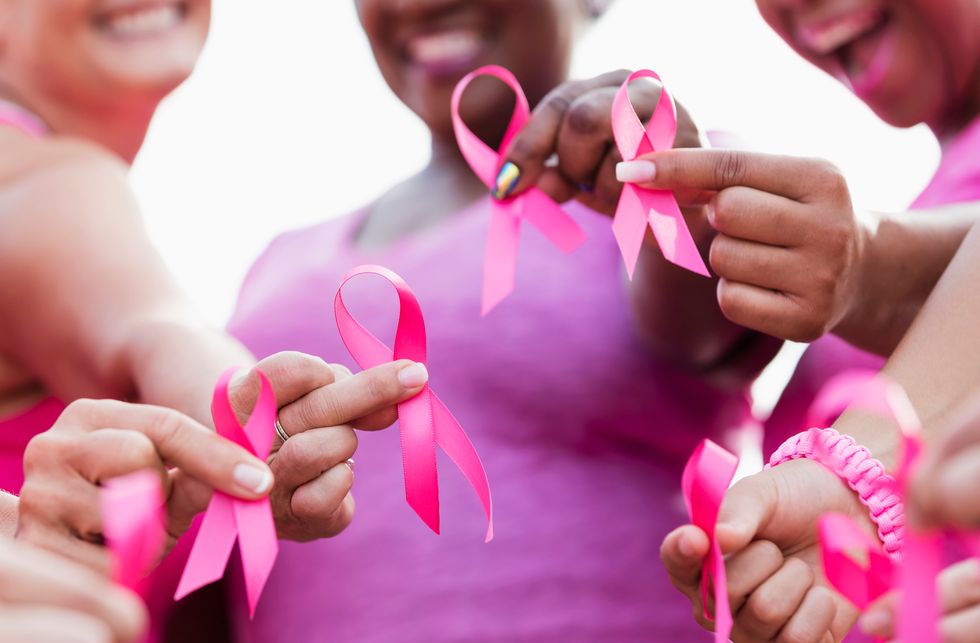 October is Breast Cancer Awareness Month, and here are some products you can enjoy that help support breast cancer research.

With October being breast cancer awareness month and the opportunity to increase awareness of the disease, the color pink comes up a lot. (I refer to it as Pinktober.)

And however you feel about the color and the "pinkwashing" of a serious disease, it does bring attention to breast cancer and its startling prevalence: One in eight U.S. women—about 12 percent—will develop invasive breast cancer over the course of her lifetime.

Though death rates have been decreasing since 1989, thanks to advances in treatments and early detection through screening and increased awareness, you can't ignore the fact that almost 42,000 women in the U.S. are expected to die in 2019 from breast cancer, the most commonly diagnosed cancer among American women. Read more about What Every Woman Needs to Know About Breast Cancer.

So, let's celebrate the survivors, fight for the patients and give hope to the future of breast cancer research with some products that give back.

For when your feet do the walking

Vans' latest footwear (and apparel) collection is dedicated to breast cancer awareness. The brand is pledging a minimum of $200,000 to Coppafeel! which is a UK-based organization that educates young people about breast cancer. You've gotta admit that "You Got This" and an artsy drawing of women performing breast self-exams printed on sneakers, hats, T-shirts and hoodies is a fun and quirky way to bring attention to the cause.

For when you want soft hands (and a kind heart)

Since 2001, Aveda has donated more than $4.7 million (yes, that's million) to the Breast Cancer Research Foundation. This year, they're adding to the coffer with this limited-edition hand relief moisturizing cream in a yummy cherry almond scent. You've got to hand it to them for not testing on animals, but rather supporting projects studying breast cancer risks in human volunteers.

For when you want to ride a pink pony

In 2000, Ralph Lauren launched its special symbol to fight breast cancer, a diminutive pink pony that hitches a ride on oxford shirts, T-shirts, sweaters and comfy fleece pants. Globally, 25 percent of each item's purchase from the Pink Pony collection is donated to a network of cancer charities. In the United States the same percentage goes to the Pink Pony Fund of the Polo Ralph Lauren Foundation. If you'd rather see 100 percent of your purchase being donated, take a look at this "Live Love" T-shirt for the cause. (Because it's cute, right?)

For when you want a refill

Finally, someone has figured out that when the jar is empty, there's no need to toss it. Witness Olay Regenerist Whips' genius Limited Edition Pink Ribbon Face Moisturizer, complete with a single use refill pod. The jar is pink, naturally, and it's shipped in a container made of 100 percent recycled paper, sans an outer carton. Plus, 100 percent of proceeds go to Bright Pink, which focuses on prevention and early detection of breast and ovarian cancer in young women.

For when you want to tie one on

These limited-edition silk scarves were designed by six internationally renowned female artists for Talbots, with 20 percent of net proceeds donated to Susan G. Komen. "The Art of the Scarf" collection is filled with vibrant drawings symbolizing courage, resilience, hope and strength.

For when you want a little extra bling

Slip on this natural rose quartz ring from Slipada that is set on an oxidized sterling silver band. Inside the band are the engravings "kind heart" and "fierce mind." Wear this piece as a reminder of the special people in your life in the fight against breast cancer. Fifty percent of the proceeds are donated to Living Beyond Breast Cancer.