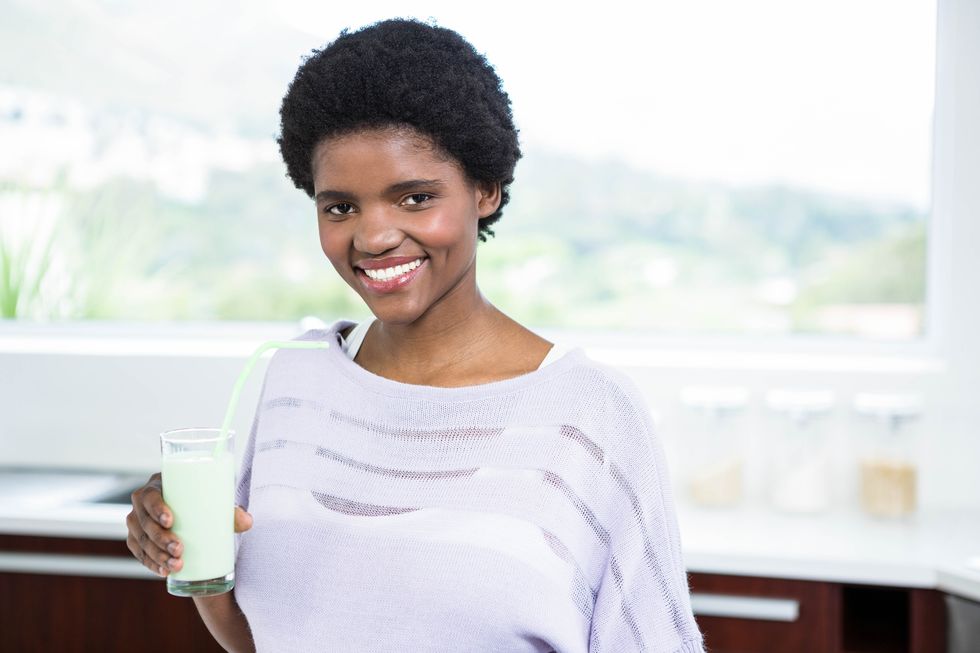 Dairy foods might be your ticket to better heart health, even if you're drinking whole milk and eating rich cheeses.

TUESDAY, Sept. 11, 2018 (HealthDay News) -- Dairy foods might be your ticket to better heart health, even if you're drinking whole milk and eating rich cheeses, a new study suggests.

READ: The Facts About Milk

The study couldn't prove cause-and-effect, but folks who ate three servings of dairy per day had an overall lower risk of death during the study period than people who ate no dairy. They also had a lower risk of stroke and death from heart disease, researchers found.

The benefit was linked to both whole-fat and low-fat forms of dairy products, said lead researcher Mahshid Dehghan. She is an investigator of nutrition epidemiology with McMaster University's Population Health Research Institute in Hamilton, Ontario.

Based on the findings, she concludes that "up to three servings of dairy per day lowers risk of death and cardiovascular disease, regardless of fat."

One standard serving of dairy amounts to about 8 ounces of milk or yogurt, half-an-ounce of cheese, or a teaspoon of butter, according to the study.

The research received no funding from the dairy industry.

Despite the new findings, the American Heart Association would still urge people to stick to low-fat dairy, said spokeswoman Jo Ann Carson, a professor of clinical nutrition with the University of Texas Southwestern Medical Center in Dallas.

"We know in general getting more saturated fat raises your LDL cholesterol, and that's the number one risk factor for heart disease, especially in the United States," Carson said.

Dehghan pointed out that some people avoid dairy because of its saturated-fat content, because fat has more calories and because saturated fat has been linked to higher "bad" LDL cholesterol levels.

But in doing so, they are missing out on other important nutrients that dairy provides, such as amino acids, vitamins and minerals, she added.

"Dairy products contain a range of potentially beneficial compounds," Dehghan said. "We are suggesting the net effect of dairy intake on health outcome is more important than looking solely at one single nutrient."

To study the impact of dairy on heart health, the researchers examined data from over 136,000 people, aged 35 to 70, in 21 countries. People filled out a food questionnaire at the start of the study, and then were followed for an average of nine years.

"Our results showed an inverse association between total dairy and mortality and major cardiovascular disease," Dehghan said. "The risk of stroke was markedly lower with higher consumption of dairy."

"A lot of times we push fruits and vegetables as a source of potassium and that is an important source, but drinking two glasses on non-fat milk every day would give you a reasonable amount of potassium also," Carson said.

The protein in dairy probably also helps protect heart health. "Having adequate protein maintains our muscles," she said. "The heart is a muscle."

That said, people should stick to low-fat dairy, she advised.

Carson gave the example of patients with high cholesterol who are told to stop eating high-fat dairy.

"I know some of those people just give up milk then. They say, 'I like my whole milk, if I'm not supposed to have it, I'm just giving up milk,'" Carson said. "Maybe that's not the best thing to do."

Researchers cannot say whether eating more than three servings per day would be of increased benefit, because not enough people in the study ate that much dairy, Dehghan said.

The study was published online Sept. 11 in The Lancet.