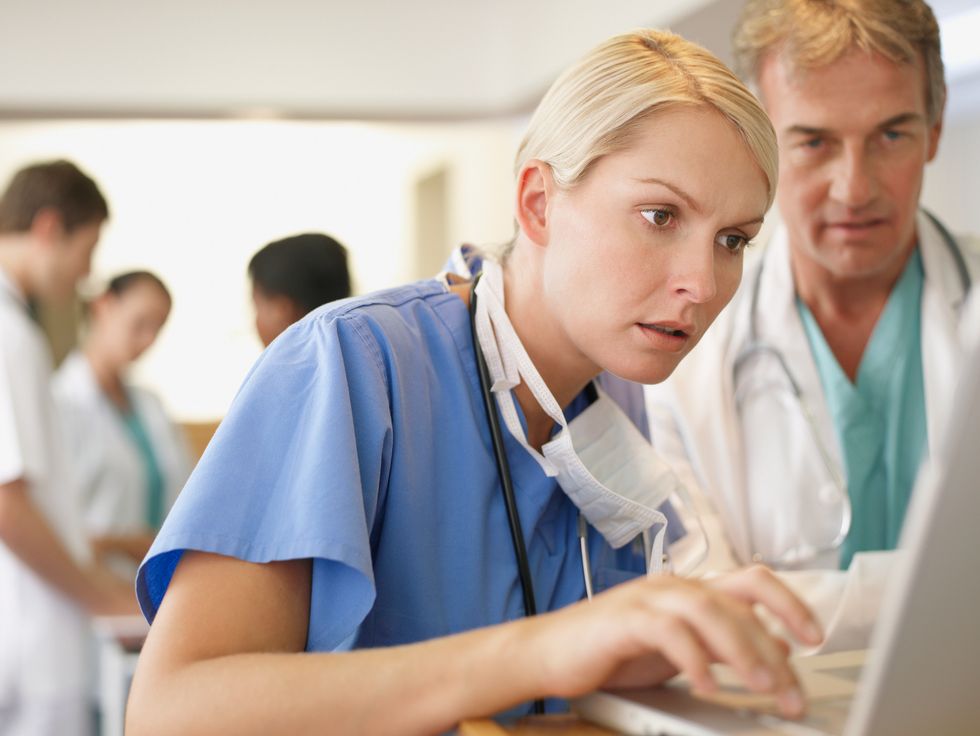 Electronic health records are supposed to help doctors, but stress from using them may lead to burnout.

MONDAY, Dec. 10, 2018 (HealthDay News) -- Electronic health records are supposed to help doctors, but stress from using them may lead to burnout -- and primary care doctors are at greatest risk, new research suggests.

"You don't want your doctor to be burned out or frustrated by the technology that stands between you and them," said study author Dr. Rebekah Gardner. She's an associate professor of medicine at Brown University's Warren Alpert Medical School in Providence, R.I.

"In this paper, we show that EHR [electronic health record] stress is associated with burnout, even after controlling for a lot of different demographic and practice characteristics," she added in a university news release.

In the study, Gardner's team analyzed the responses of nearly 1,800 doctors in Rhode Island who took part in a state health department survey about health information technology-related stress.

Of the 91 percent who reported using EHRs, 70 percent reported at least one measure of EHR-related stress. Those measures included frustration with using EHRs, spending time on EHRs while at home, and not having enough time for documentation while at work.

Doctors who didn't have enough time for documentation while at work were 2.8 times more likely to have burnout symptoms than those without that pressure. The other two measures were associated with about a two-times higher risk of burnout symptoms.

Meanwhile, less than 10 percent of anesthesiologists and radiologists reported all three measures, according to the study.

The findings are "a signal to health care organizations that if they're going to 'fix' burnout, one solution is not going to work for all physicians in their organization," Gardner said.

"They need to look at the physicians by specialty and make sure that if they are looking for a technology-related solution, then that's really the problem in their group," she concluded.

The study was published Dec. 5 in the Journal of the American Medical Informatics Association.

A Call to Action for Women in Chronic Pain

Coronavirus Tests The Value Of Artificial Intelligence In Medicine