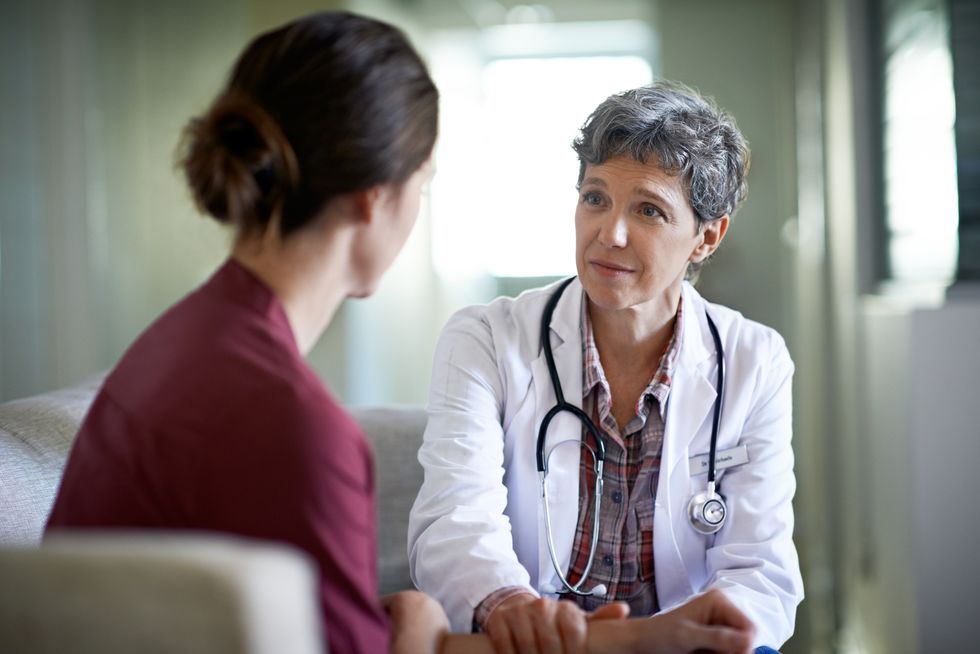 Female Doctors May Have an Edge

Older Americans who land in the hospital are more likely to survive if their doctor is a woman, a new study suggests.

MONDAY, Dec. 19, 2016 (HealthDay News)—Older Americans who land in the hospital are more likely to survive if their doctor is a woman, a new study suggests.

In a national study, researchers found that older hospital patients treated by female internists had a slightly lower death rate than those treated by men.

Their risk of being readmitted to the hospital within 30 days was also slightly lower, the findings showed.

The differences were "modest," said senior researcher Dr. Ashish Jha, a professor of health policy at the Harvard School of Public Health in Boston.

Still, Jha said, that difference translates into about 32,000 fewer deaths in the United States annually.

"It's similar to the number of people who die in motor vehicle accidents each year," he said.

The findings, published online Dec. 19 in JAMA Internal Medicine, do not prove that women are better doctors.

There could be other reasons that female internists' patients fared better, according to Jha.

But, he said, his team dug for other explanations and did not find any.

So what is going on? According to Jha, past studies have found that female doctors tend to practice differently than male doctors do.

For example, female doctors are more likely to follow clinical guidelines and they tend to communicate with patients more clearly.

Jha said it's likely some of those differences might explain his team's findings.

Dr. Anna Parks, a resident at the University of California, San Francisco, urged some caution in interpreting the results.

"We can't know from this study whether this is cause-and-effect," said Parks, co-author of an editorial published with the research.

But, she said, if the findings do reflect differences in the way male and female internists practice, that's important. "We should probably figure out what behaviors are causing this," Parks said.

The findings are based on records from Medicare patients who were hospitalized between 2011 and 2014, for illnesses such as heart disease, pneumonia and kidney failure.

During that period, more than 58,300 general internists treated at least one of those patients. One-third of the doctors were women.

In general, female internists were younger than their male counterparts, and were more likely to work at large hospitals or academic medical centers. They also saw fewer patients, on average.

But even with such differences taken into account, female doctors' patients fared a little better, the investigators found.

Along with the seniors' reduced death rate, their odds of a hospital readmission were somewhat lower. Just over 15 percent were hospitalized again within 30 days, versus about 15.6 percent of patients treated by a male internist.

The study looked only at internists, and no other specialties, Jha pointed out.

The patient group was limited, too, he said—to older patients hospitalized for certain illnesses that internists often treat. The study did not include patients who needed surgery, or had diseases such as cancer.

So it's not clear whether the same gender differences would be seen in other circumstances, Jha said.

Regardless, no one is suggesting that people pick their doctor based on gender, Parks said.

But she and Jha both pointed to an issue that has long existed in medicine, as well as other professions: On average, women are paid less than men are, and promoted less often.

One "rationalization" for that, Parks said, is that women typically spend more time with family, and less time at work. Some say this might hinder the quality of care they give patients.

The new findings counter that notion, she said.

Jha agreed. "We need to make sure we're treating women and men equally, in a system that seems not to," he said.

As for patients, Jha said he hopes the findings are enlightening for those who consider female doctors as less competent than men.

"For people who still stereotype doctors based on gender, these findings might help dispel any myths," he said.