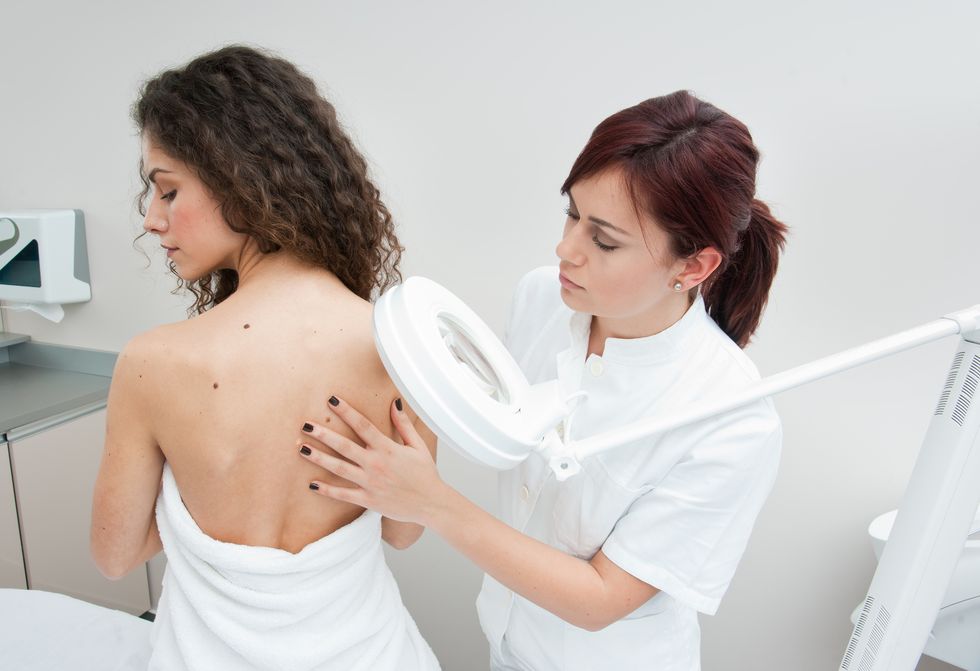 If you're having a suspicious mole removed, the doctor should consider removing about 2 millimeters of healthy skin from around the mole. Doing so could avoid the need for a second surgery if the mole turns out to be cancerous, according to a new report.

MONDAY, Oct. 2, 2017 (HealthDay News)—If you're having a suspicious mole removed, the doctor should consider removing about 2 millimeters of healthy skin from around the mole. Doing so could avoid the need for a second surgery if the mole turns out to be cancerous, according to a new report.

Learn More: Unexpected Places You Can Get Skin Cancer

In the study, researchers removed about 150 suspicious moles from nearly 140 men and women. All of them had at least 2 millimeters (mm) of skin removed around the outside edges of the moles. Doctors call that healthy skin from around the mole "the margin."

"Although the vast majority of suspicious-looking skin moles do not turn out to be cancerous melanomas, once a decision has been made to remove a mole, there should be a clearer standard margin," said senior study investigator Dr. David Polsky. He is a dermatologist and professor of dermatologic oncology at NYU Langone Health in New York City.

Polsky noted that most surgeons remove either just the darkest portion of a suspicious mole or, when removing the entire mole, cut out an imprecise 1-mm margin around the mole's edge.

Over a follow-up of about 18 months, none of the patients had any further suspicious growths at the surgery sites, the study found.

"Our study shows that a 'one and done' approach with a clearly defined, slightly larger margin is safer and more effective in completely removing suspicious moles with a single procedure than the current non-standardized approach," Polsky said in an NYU Langone news release.

As many as two-thirds of the hundreds of thousands of suspicious moles removed each year in the United States require further surgery because cancerous mole cells were missed during the first surgery, according to the researchers.

These second procedures increase the risk of infection, bleeding and scarring, and also lead to higher costs, the study authors pointed out.

Findings from the study were published Oct. 2 in the Journal of the Academy of Dermatology.