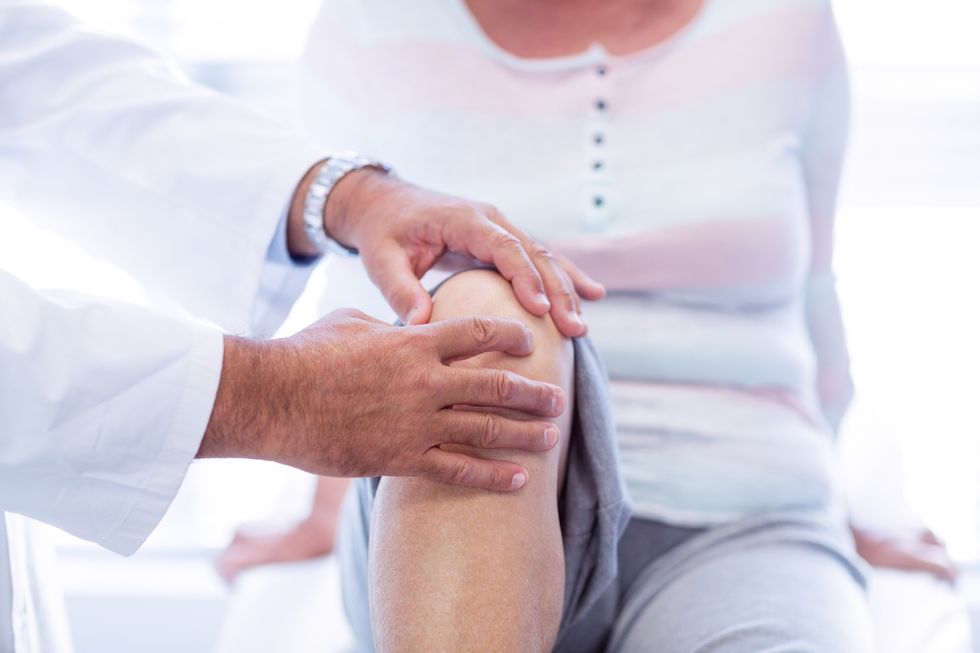 Do 'Cures' for Knee Pain From Stem Cell Clinics Work?

Do 'Cures' for Knee Pain From Stem Cell Clinics Work?

A same-day injection for one knee costs thousands of dollars at these centers, according to a consumer survey taken of clinics across the United States.

People are paying that kind of cash because two-thirds of stem cell clinics promise that their treatments work 80 to 100 percent of the time, researchers report.

But there's no medical evidence suggesting that any stem cell therapy can provide a lasting cure for knee arthritis, said study lead researcher Dr. George Muschler, an orthopedic surgeon with the Cleveland Clinic.

"There are claims made about efficacy [effectiveness] that aren't supported by the literature," Muschler said. "There's a risk of charlatanism, and patients should be aware."

Stem cells have gained a reputation as a miracle treatment and potential cure for many ailments. The cells have the potential to provide replacement cells for any part of the body—blood, brain, bones or organs.

As a result, a wave of stem cell centers have opened up around the country, offering cures for a variety of diseases, Muschler said.

"It's very sexy to market yourself as a stem cell center, so there's been a boom of centers, probably close to 600 now in the United States offering this therapy," Muschler said. "But the truth is that the medical literature hasn't quite caught up to the enthusiasm in the marketplace."

The U.S. Food and Drug Administration has expressed extreme skepticism over these centers, and in November the agency announced that it would crack down on clinics offering dangerous stem cell treatments.

The "pie-in-the-sky" dream for knee arthritis patients is that a stem cell injection will produce fresh new protective cartilage in their joint, said Dr. Scott Rodeo, an orthopedic surgeon with the Hospital for Special Surgery in New York City.

"The reality is they don't do that. There is zero data to suggest that," said Rodeo, who wasn't involved with the study. "The idea these cells are going to regenerate cartilage––there's zero data."

At best, these injections might temporarily reduce pain and inflammation by prompting the release of soothing chemicals in the knee, Rodeo and Muschler said.

To get an idea what stem cell centers are promising customers, Muschler and his colleagues called 273 U.S. clinics posing as a 57-year-old man with knee arthritis.

The clinics were asked about same-day stem cell injections, how well they work and how much they cost.

The 36 centers that provided information on effectiveness claimed an average effectiveness of 82 percent, the researchers said. Of them, 10 claimed that the injection worked 9 out of 10 times, and another 15 claimed 80 to 90 percent effectiveness.

The findings were presented Tuesday at the American Academy of Orthopaedic Surgeons' annual meeting, in New Orleans. Research presented at meetings is considered preliminary until published in a peer-reviewed journal.

"Patients are being told there's an 80 percent likelihood of improvement, which is only 10 to 20 percent better than you'd expect from a placebo effect," Muschler said.

In fact, he suspects that the placebo effect is responsible for much of the improvement patients feel following a knee injection.

"People always show up to the doctor when they hurt," Muschler said. "If I see a patient who has arthritis in their knee and I do nothing, there's a very good chance they're going to get better over the coming months, anyway. There's this natural cycle of increasing and decreasing pain that's present in the life of someone who has arthritis."

That's compounded by the fact that people expect to feel better after shelling out a load of cash, Muschler added.

These centers generally provide three different types of treatment, only one of which actually has live stem cells involved, Muschler said.

One treatment injects the knee with platelet-rich plasma drawn from the patient's own blood, while another uses a slurry produced from fetal tissue and fluid gathered after birth. Neither of these contains stem cells, but they are marketed as stem cell therapies, Muschler said.

A third option involves bone marrow taken from the patient and injected into the knee. This does contain a mixture of three types of stem cells, but "the evidence that you're doing [your knees] a favor is still pretty weak in the literature," Muschler said.

People aren't likely to be harmed by these injections, Rodeo said, but there's not a lot of evidence that they'll be helped.

"Patients should go into it eyes wide open," Rodeo said. "They're paying a lot of money out of pocket, because these are not covered by insurers."

Knee arthritis sufferers would be better off trying many of the established options for reducing knee pain, Muschler and Rodeo said.

"There's very good evidence that if you are at a 5 on the pain scale and you lose 10 percent of your body weight, your pain will drop 2 points," Muschler said.

Patients also can use NSAIDs like aspirin or ibuprofen to reduce pain and swelling, get a steroid injection, or perform weight training to strengthen the muscles that support the knee, Muschler and Rodeo said.