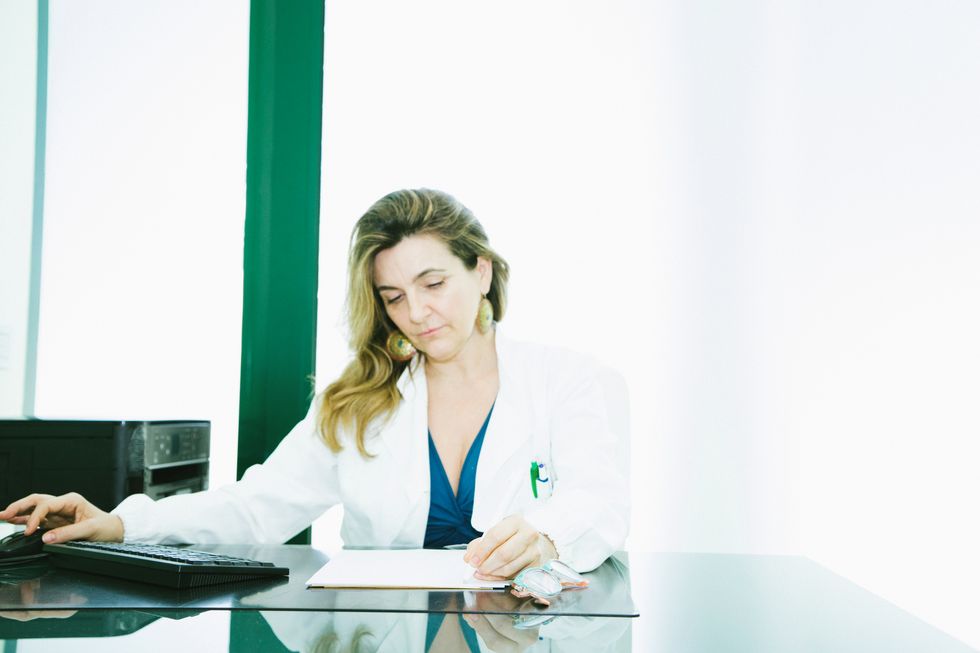 Is 'Desktop Medicine' Chipping Away at Patient Care

Is This Disrupting Patient Care?

Physicians spend roughly as many hours on computer work as they do meeting with patients.

TUESDAY, April 11, 2017 (HealthDay News)—Physicians spend roughly as many hours on computer work as they do meeting with patients, a new study reveals.

The findings are based on the daily habits of nearly 500 U.S. doctors. On average, they clocked about 3 hours with patients and around 3 hours on so-called desktop medicine, the researchers found.

One doctor said the study provides grist for those who believe the American health system burdens physicians with too much red tape.

"Unnecessary and redundant paperwork steals time from listening to our patients, examining them and teaching them," said Dr. Stephanie Woolhandler. She's a professor of public health at the City University of New York at Hunter College.

"It consumes resources and erodes physician morale," added Woolhandler, who wasn't involved in the study.

The American Medical Association, the American College of Physicians and other organizations have complained about the administrative burden physicians face.

One reason for concern is that doctors get reimbursed for time spent on patient visits, not hours devoted to virtual medicine. The discrepancy between the two could fuel a rise in physician burnout, the study authors suggested.

"Physicians with burnout symptoms are more likely to reduce their clinic time or even leave practice," added Tai-Seale, associate director of the Palo Alto Medical Foundation Research Institute in California.

Tai-Seale and her colleagues focused on time stamps from computerized health records used by 471 primary care physicians—including pediatricians—at a community health care system between 2011 and 2014.

These records "do a reasonable job at capturing the way physicians spend their time," Tai-Seale said.

The doctors saw nearly 638,000 patients face-to-face at least once during the four-year study period. Time spent on computer medicine rose during that time, while total minutes seeing patients declined, the investigators found.

Overall, the researchers estimated that physicians devoted 3.08 hours a day to face-to-face office visits (average 15 minutes each) and 3.17 hours to desktop medicine.

Much of the desktop medicine was patient-related, however. It included prescription refills, medical orders, sending messages to patients, and writing notes about patients in their files. These progress notes alone accounted for an average of two hours a day.

Tai-Seale quoted another doctor as saying, "We are chained to the EHR," referring to electronic health records.

The researchers acknowledged that the study findings are "imprecise" because they're based partly on when physicians logged in and out of computerized health record systems; doctors might forget to log out. The findings also don't specifically account for time doctors spent on phone calls, obtaining pre-authorization from insurers, or handling workers' compensation claims.

The study also didn't look at the quality of care provided to patients or their levels of satisfaction with their physicians.

Woolhandler said the study findings reflect a complex system in which "individual insurers do constant battle with providers over reimbursement."

The only solution, she said, is to "get the profit motive out of the middle of our health care system."

The study was published in the April issue of Health Affairs.

A Call to Action for Women in Chronic Pain

Coronavirus Tests The Value Of Artificial Intelligence In Medicine