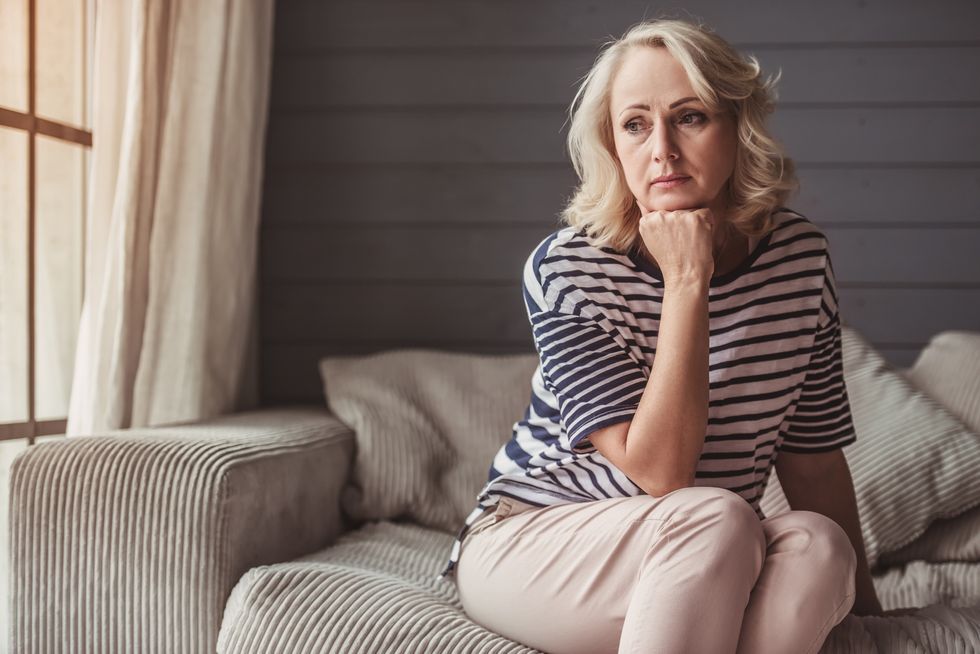 Could Herpes Virus Help Cause Alzheimer's?

There's growing evidence that the herpes virus responsible for cold sores also may cause Alzheimer's disease.

READ: How to Deal With Your Partner's Herpes

It's been long known that herpes simplex virus 1 (HSV1) can been found in the brains of elderly people with Alzheimer's disease, and research has shown that herpes increases Alzheimer's risk in people genetically predisposed to dementia, said researcher Ruth Itzhaki.

Newer data suggest that treating people with antiviral drugs might actually protect them from dementia, said Itzhaki, a professor of neuroscience at the University of Manchester in England.

"We found that the antiherpes antiviral drug acyclovir blocks HSV1 DNA replication, and reduces levels of beta amyloid and of P-tau caused by HSV1 infection of cell cultures," Itzhaki said. Beta amyloid plaques and tangles of tau proteins are two of the hallmarks found in the brains of Alzheimer's patients.

But the effect that herpes may have on the brain is not yet fully understood, and it's unlikely that the virus alone can explain all cases of Alzheimer's, said James Hendrix, director of global science initiatives for the Alzheimer's Association.

Hendrix noted that half of all adults carry the herpes simplex 1 virus.

Herpes simplex virus 1 infects most humans in infancy, and remains dormant within the peripheral nervous system from then on, Itzhaki said. Stress can cause the virus to reactivate and, in some people, cause cold sores.

Itzhaki and her colleagues believe that herpes contributes to Alzheimer's disease by migrating into the brains of elderly people as their immune system naturally declines.

Once it has infected the brain, Itzhaki argues, HSV1 causes damage and inflammation in brain cells whenever it's reactivated by events such as stress, immune suppression or infection by other microbes.

This damage is particularly bad in people with the APOE4 gene, which has been directly linked to Alzheimer's disease, she said.

"The likelihood of developing Alzheimer's disease is 12 times greater for APOE4 carriers who have HSV1 [the herpes virus] in the brain than for those with neither factor," Itzhaki said.

"We suggest that repeated activation causes cumulative damage, leading eventually to Alzheimer's disease in people with an APOE4 allele," Itzhaki continued. "Presumably, in APOE4 carriers, Alzheimer's disease develops in the brain because of greater HSV1-induced formation of toxic products, or lesser repair of damage."

Dr. Sam Gandy is associate director of the Mount Sinai Alzheimer's Disease Research Center in New York City. He said there's evidence that viruses can have an effect on other diseases of the brain and nervous system, in particular Lou Gehrig's disease, or amyotrophic lateral sclerosis (ALS).

"Probably the best evidence that viruses can contribute to major brain illnesses comes from ALS, where they found not a herpes virus but a retrovirus," Gandy said. "The peptides of the virus appeared in the spinal fluid of patients with ALS, and when they treated those patients with antiretrovirals, they seemed to clinically stabilize."

Itzhaki said a newer study out of Taiwan seems to indicate that ridding the body of herpes through antiviral drugs could reduce Alzheimer's risk.

The Taiwan results showed that the risk of dementia was much greater in people infected with herpes, and that treatment with antivirals caused a dramatic decrease in the number of people severely infected by HSV1 who went on to later develop dementia, Itzhaki said.

However, Hendrix said, the Taiwanese results can be explained in other ways. For example, it might not be the antiviral drugs that reduced the rates of dementia, but the fact that those specific patients were receiving better medical treatment overall.

Gandy said that, while the link between herpes and Alzheimer's is promising, clinical trials would be needed to show that antiviral treatment can effectively head off dementia in people.

"There's lots of circumstantial evidence. The definitive proof requires finding living people who have the virus and symptoms of dementia, giving them the antiviral, and showing that their symptoms stabilize or improve," Gandy said.

New research tools will be needed, including a brain scan that can specifically detect herpes in the brain, he added.

"We have to be able to find the virus as a warning flag, to tell us to initiate the treatment, and then see whether that has an impact on the progression," Gandy said.

The new paper was published online Oct. 19 in the journal Frontiers in Aging Neuroscience.