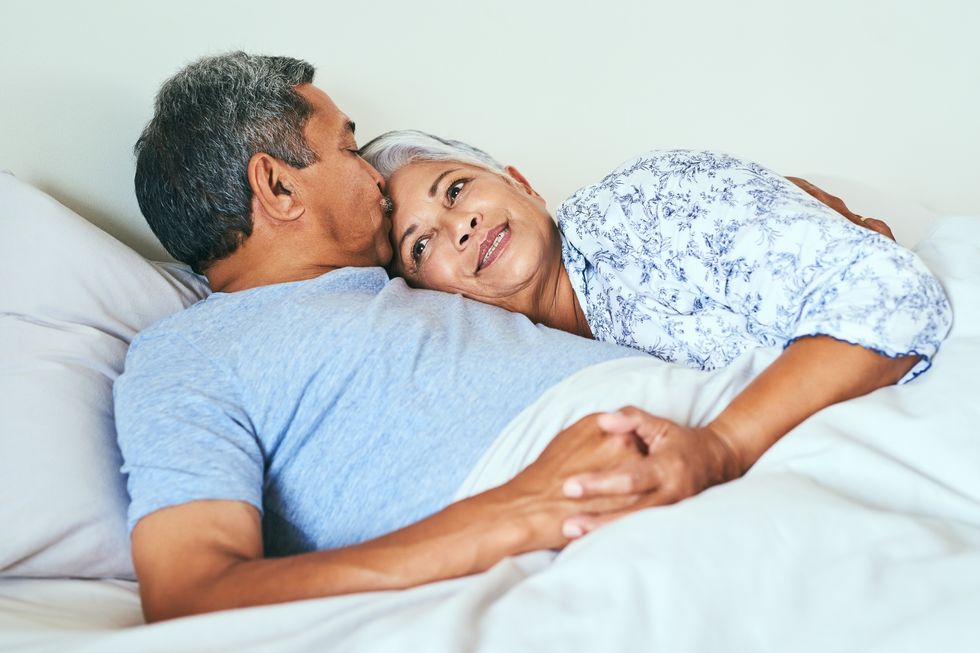 Some women find sexual freedom once they're in menopause, but there is still a need to protect against sexually transmitted diseases and infections.

Although you no longer need to worry about pregnancy once you're officially in menopause (yay!), you still need to protect yourself against sexually transmitted diseases (STDs)—which are increasing among midlife women.

That's right. When it comes to STDs, age does not discriminate. Among all ages, the rate of STDs is rising in the U.S., and that rise is especially evident among older adults. In fact, the biggest increase of in-office treatments for STDs was reported to be in patients over age 60.

First, I need a refresher. It's been a while since I've thought about STDs.

And you get them through intercourse, right?

For a lot of people, there's a stigma around STDs. How do I deal with that?

It might help to know that STDs are incredibly common. The Centers for Disease Control and Prevention reports about 20 million new cases each year. It's also important to know that not every infection leads to disease, which is why many health care professionals prefer the term "STIs," with the "I" meaning infection.

So, what's going on to account for the rising rate among older men and women?

How do you know you have an STD?

Sometimes there are no symptoms—at least not for a while. But the good news is that if you can catch an STD early, some are easier to treat at that stage, usually with a course of antibiotics or antivirals.

Learn more about What's Causing Itchy Bumps Near My Vagina?

Sounds scary—so, how can we protect ourselves?

What happens if you don't treat an STD?

Untreated, your risk for another STD increases, because having one stimulates an immune response in your genital area that can then raise the risk of HIV. Also, untreated STDs can lead to certain types of cancer, infertility or organ damage. Learn more about cervical cancer.

Yes! Many STDs are highly preventable, treatable and curable. Currently curable are syphilis, gonorrhea, chlamydia and trichomoniasis. Incurable are hepatitis B, herpes simplex virus (HSV or herpes), HIV and HPV. But those that are incurable can be reduced or modified through treatment, according to the World Health Organization.

Living with Herpes Has Been a Journey of Self-Acceptance

You’re Never Too Old to Get an STI

Could Herpes Virus Help Cause Alzheimer's?

What You Need to Know About the Super Drug-Resistant Gonorrhea