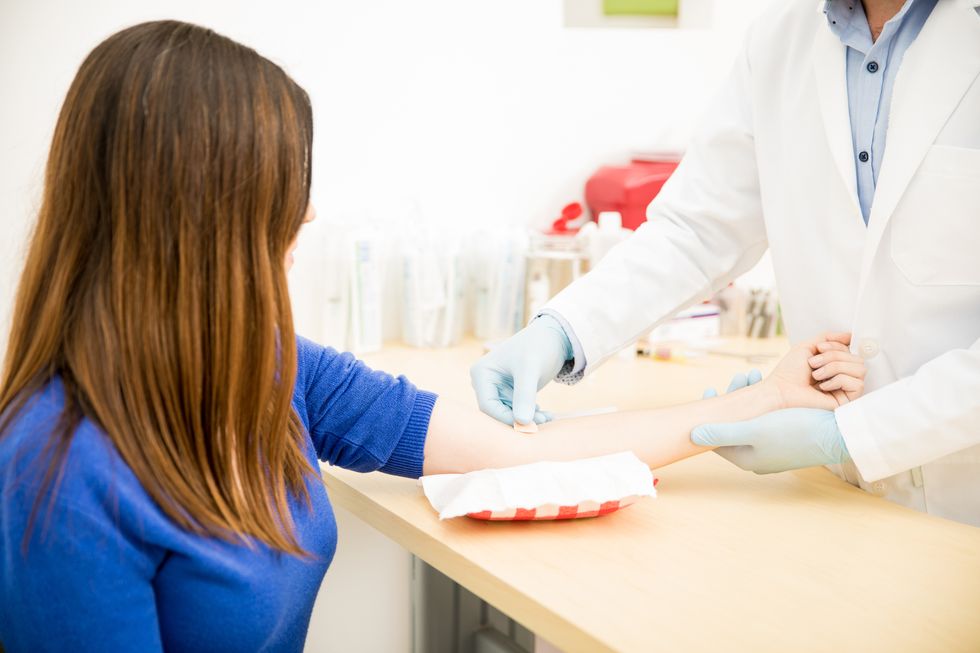 People with severe depression may have particularly low blood levels of an amino acid involved in brain function.

The substance, called acetyl-L-carnitine (LAC), is naturally produced in the body. It aids in metabolism, and animal research suggests it prevents "excessive firing" of cells in certain parts of the brain.

LAC is also sold as a dietary supplement. It's marketed for conditions ranging from age-related memory loss to diabetic nerve damage.

A number of trials have tested the supplement against depression, too, but with mixed results, said Dr. Natalie Rasgon, co-senior researcher on the new study.

She and the research team came at it from a different angle. They looked at whether people with depression were, in fact, relatively deficient in LAC.

So they measured blood levels of the amino acid in 28 patients with moderate depression and in 43 with severe cases. Then they compared them with 45 adults who were demographically similar but depression-free.

Overall, the researchers found, people with depression did have lower LAC levels. And levels were especially low in people with severe depression. The same was true of people who'd been resistant to treatment, and those whose depression arose early in life.

"We are not saying this is the cause of their depression," stressed Rasgon, a professor of psychiatry at Stanford University School of Medicine in California. "This is a correlation.

"We don't want people running out to buy this supplement, thinking this is a panacea and the solution to their problem," Rasgon said.

Instead, she explained, low LAC levels in the blood could serve as a "marker" of more severe, difficult-to-treat depression. If that turns out to be the case, doctors could potentially use LAC levels in diagnosing depression.

Dr. Brian Brennan is a psychiatrist at McLean Hospital in Belmont, Mass., and an assistant professor at Harvard Medical School. Previously, he led a small trial that tested LAC for easing bipolar depression symptoms. It found the supplement was no better than placebo (inactive) capsules.

What's "exciting" about the new findings, Brennan said, is they suggest LAC could help identify people with a more severe subtype of depression.

"In psychiatry, we lack substances that can serve as diagnostic markers," he explained.

Brennan, who was not involved in the study, also stressed it's not proof LAC supplements will help the severely depressed.

"The current evidence is mixed," he noted. "It's possible this could be a target for treatment, but that's a long way off."

In the future, Brennan said, treatment trials might include only depression patients who have particularly low LAC levels.

"It may well be better to focus on those patients, because they might have the best chance of responding [to supplements]," said Potash, who was not involved in the study.

He said research like this is important because, with a better understanding of the "biology of depression," more refined treatments can be developed.

For now, Potash said, "I hope patients will try the proven treatments we have. There's good evidence for various treatments, not only antidepressants."

The most commonly used antidepressants are selective serotonin reuptake inhibitors (SSRIs). These act on serotonin, a "chemical messenger" in the brain. But the drugs are not effective for everyone with depression.

Depression differs from one person to the next -- and so does its biology, said Brennan. "So it's overly simplistic to give everyone the same treatment," he said.

Rasgon said that LAC indirectly affects serotonin. So the link between the amino acid and depression does not negate any role of serotonin, she noted.

"Depression is very complicated to treat," Rasgon said. "We are learning that there are so many different pieces to this puzzle. This is one more piece that is falling into place."

The study was published online July 30 in the Proceedings of the National Academy of Sciences.

Antidepressants May Lead to Weight Gain