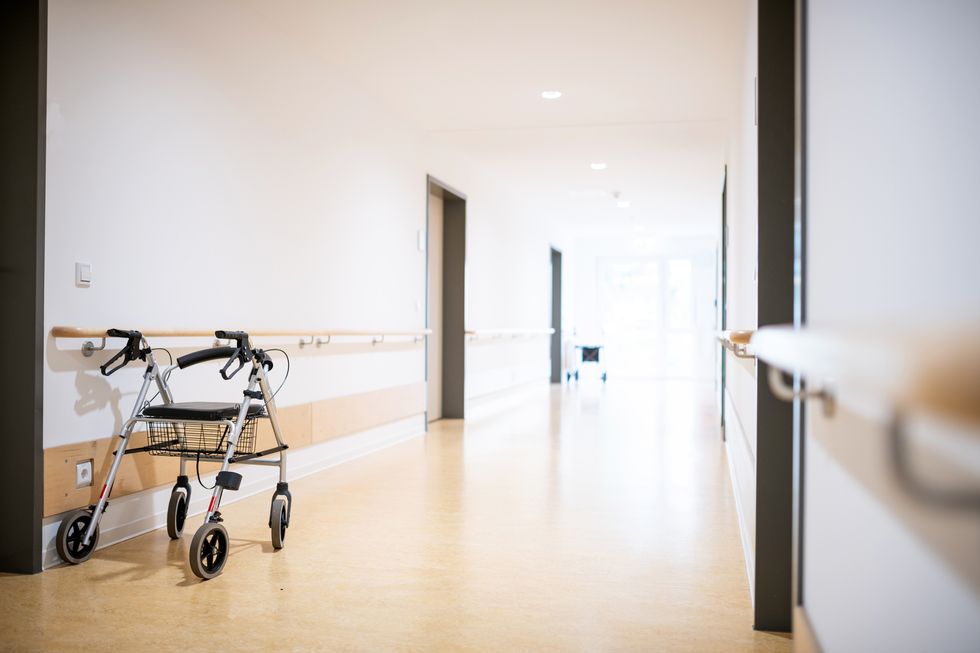 Coronavirus Entered My Father’s Nursing Home and Nobody Warned Me. I Did Not Get the Chance to Save Him

Coronavirus Entered My Father’s Nursing Home and Nobody Warned Me. I Did Not Get the Chance to Save Him.

Nobody told Jan Ransom about the first COVID-19 infection in her father's nursing home, so she couldn't move him before he got sick.

By Jan Ransom for ProPublica

"I'm not doing too good," he said in between gasps for air. I asked him what was wrong. "I'm coughing up blood," he said, adding that the medical staff at the nursing home in the Bronx where he lived wanted to send him to a nearby hospital.

My father, 75, had chronic obstructive pulmonary disease (COPD), a crippling illness that causes severe breathing difficulty and can lead to death. He had lived in nursing homes since 2017 after X-rays showed his lungs had badly deteriorated.

"Do we really have to send him to the hospital?" I asked a nursing supervisor over the phone. I worried about my father, already in poor health, waiting in an emergency room full of patients infected with the coronavirus.

What I did not know was that he already had the virus. Shortly after being admitted to the hospital, he tested positive for COVID-19. Hours later, I called the nursing home to alert the staff. A nursing home staffer told me that my father was not the first resident to test positive. He was the fourth. I was stunned.

I'm a reporter for The New York Times and have been covering the pandemic's impact on New York City jails, including Rikers Island, and the state's prison system.

Other journalists at the Times and elsewhere have been writing about the toll the virus was taking on nursing homes, killing hundreds of residents and infecting thousands more. As I read those harrowing stories, my dad was never far from my thoughts.

After realizing my dad's nursing home had left me in the dark, I started to make some calls. I thought about my father's roommate and the families of other residents at the facility who were unaware of the storm brewing inside.

I was certain I should have been alerted that the virus had been detected in the home they shared. I was wrong.

When I called the state Department of Health to complain on my family's behalf, I was informed that nursing homes in New York — the epicenter of the crisis in the United States — were not obligated to tell families when the virus is detected in other residents.

"Guidelines require nursing home operators to notify a resident's family of illness, they do not require notification to relatives of other residents," a Department of Health spokesman later said in a statement.

That left me even more puzzled, and not just as a daughter but as a journalist. So I emailed the state asking if the agency was weighing whether to change the policy in response to the growing crisis.

A day later the policy had changed. The Department of Health is now directing nursing home officials to tell residents and families within 24 hours of learning of a suspected COVID-19 case.

Last week, the Centers for Disease Control and Prevention announced that nursing home providers will soon be required to report potential infectious disease outbreaks not only to state health departments but directly to federal health officials to accelerate efforts to contain outbreaks.

But the revised New York state guidelines came too late for my family, and for many others. My father died on April 9, due to complications from the virus, 15 days after he was admitted to the hospital.

The lack of notification deprived us of the chance to move my father out of the nursing home before he got sick. "I think that's very unfair," my father said more than a week before he died. "They have no consideration — in other words you're just cattle. It goes to show a great indifference."

My experience was not unique. My colleagues at the Times have reported that several other families said nursing homes did not tell them when a resident tested positive or what steps the homes were taking to prevent the virus from spreading. Outside of New York state, families are raising similar alarms and demanding the release of better information by governments and facilities. In recent days, Florida and California began releasing information on which nursing homes have outbreaks.

Indeed, it was only by chance that I learned my father was not the first resident at his nursing home to test positive. When I called to update the home about his test results, a staffer asked how he was doing. I sighed and told the staffer he had tested positive for coronavirus. To my surprise, the staffer said that there were others and that the facility had been slow to quarantine floors. My heart dropped. How could this have happened?

On March 12, I had received a robocall letting me know that all medically nonessential visits to the facility had been suspended, but reassuring us that there were no cases in the facility. My father started hearing rumors from staff and residents that the virus had quietly seeped into the nursing home. One staffer told him that another staffer had fallen sick and could not work, and residents spoke about another resident who was hospitalized.

My father said he and some of the other residents were still being allowed to move around the nursing home without masks and were never warned that the virus had entered the 159-bed facility.

And while my father had symptoms of the disease — a persistent dry cough, diarrhea, fever, headaches and body aches — no one at the home, including the doctor who called to follow up with me about his persistent cough, told him or me that they suspected he might have the virus.

On March 18, I received another reassuring robocall from the nursing home. "We continue to take stringent precautions in ensuring that your loved ones remain safe," the automated call stated. "To date, we do not have any presumed or positive cases in any of our facilities and will continue to provide you with relevant updates as they become available."

On March 23, I emailed Aharon Wolf, the administrator of my father's facility, Hudson Pointe at Riverdale Center for Nursing and Rehabilitation in the Bronx, asking for an update and whether the virus had made its way there. I did not get a response. Two days later my father was hospitalized and the next day tested positive for COVID-19.

After I learned my father was the fourth resident to test positive, I immediately called Wolf.

He explained that three residents had tested positive for the virus at a hospital before my father was hospitalized. A staff member at the home had also tested positive around the same time, he told me. He said that infected residents had been transferred to hospitals and were no longer in the nursing home.

It was a day after I received my father's positive test result that a staffer finally left a voicemail message to inform me that the virus was in the nursing home. Then, three days before my father died, I received another robocall from the facility stating that some residents had tested positive for COVID-19.

When I called Wolf back while reporting this story, he told me relatives were being updated and that notifying 150 families takes time.

My father fought hard to beat the virus. His condition changed every few days. At first he was stable, and then his symptoms worsened. At one point, his blood pressure dropped, and his breathing became labored.

The other times he was hospitalized with complications from his lung disease, I would drop by his hospital room after work with a hamburger and a smile. I would hug him, rub his mostly bald head and encourage him to hang in there.

This time was different. I could only talk to him over a video chat app. This virus has made it unsafe to visit our infected and dying loved ones in the hospital, leaving them isolated and alone.

I tried to keep his spirits high, reminding him he was a fighter. I played for him the songs he loved and that I grew up listening to: "Cruisin'" by Smokey Robinson and "Lovely Day" by Bill Withers.

When he had the energy, we chatted and I blew him kisses over the phone. "Hey, big guy," I'd say, to my dad, who was 6-foot-7. My father, whose name I share, was a retired Metropolitan Transportation Authority employee who had spent much of his time there doing trackwork and swore that he had the answers to fixing the beleaguered subway system. (The transit authority has suffered its own losses, with more than 50 MTA workers killed by the virus.)

Sometimes he griped about the hospital food — it was too cold, he said, or they were served chicken for dinner, again.

But in his last week, he looked increasingly tired. He was out of breath and had lost his booming voice.

Hours before he died, I called him on his cellphone, but he did not answer. Minutes later, he called me back, and I was overjoyed to see his face.