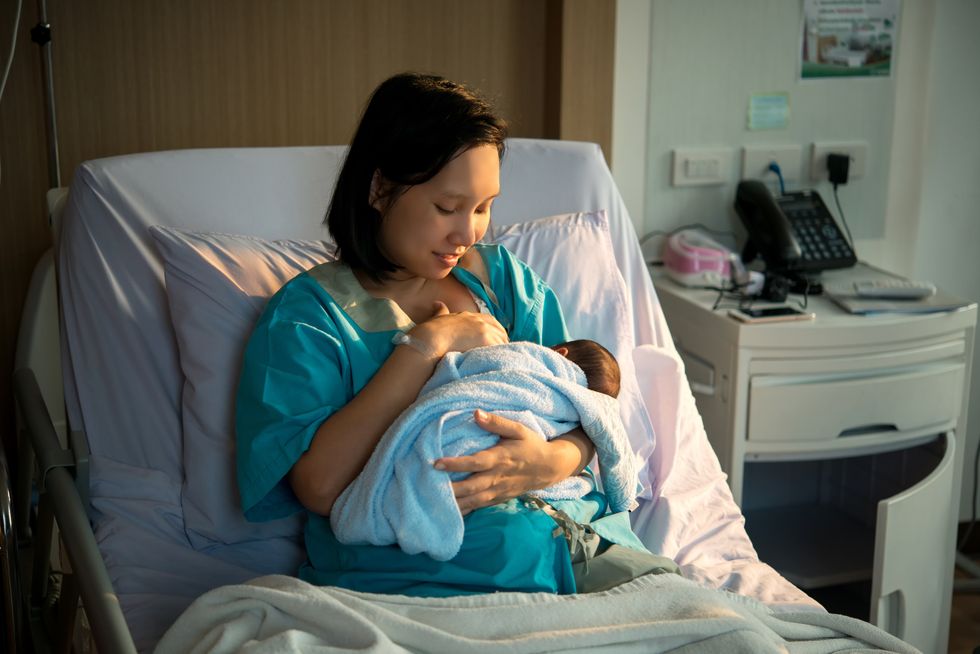 Breastfeeding May Reduce Pain From C-Section

Breastfeeding for a longer time may help women reduce the risk of chronic pain after a cesarean delivery.

SATURDAY, June 3, 2017 (HealthDay News)—Breastfeeding for a longer time may help women reduce the risk of chronic pain after a cesarean delivery, a new study suggests.

"These preliminary results suggest that breastfeeding for more than two months protects against chronic post-cesarean pain, with a threefold increase in the risk of chronic pain if breastfeeding is only maintained for two months or less," wrote the researchers led by Dr. Carmen Alicia Vargas Berenjeno from Our Lady of Valme University Hospital in Seville.

"Our study provides another good reason to encourage women to breastfeed," said the study team.

The researchers also said that women with a university education were much less likely to have chronic pain than those with lower levels of education.

Fifty-four percent of mothers who breastfed reported suffering from anxiety.

Although this study wasn't designed to prove any cause-and-effect relationships, the researchers said it's possible that anxiety during breastfeeding might influence the likelihood of chronic pain. They're currently studying this connection further.

The study was to be presented Saturday at the Euroanaesthesia Congress in Geneva, Switzerland. Findings presented at meetings are typically viewed as preliminary until they've been published in a peer-reviewed journal.

C-sections account for roughly one quarter of all births in the United States, Canada and the United Kingdom. Chronic pain (lasting for more than three months) after a C-section affects about 1 in 5 new mothers, the researchers said.

Closing the Racial Gap in Breastfeeding

Breastfeeding Problems and How to Solve Them