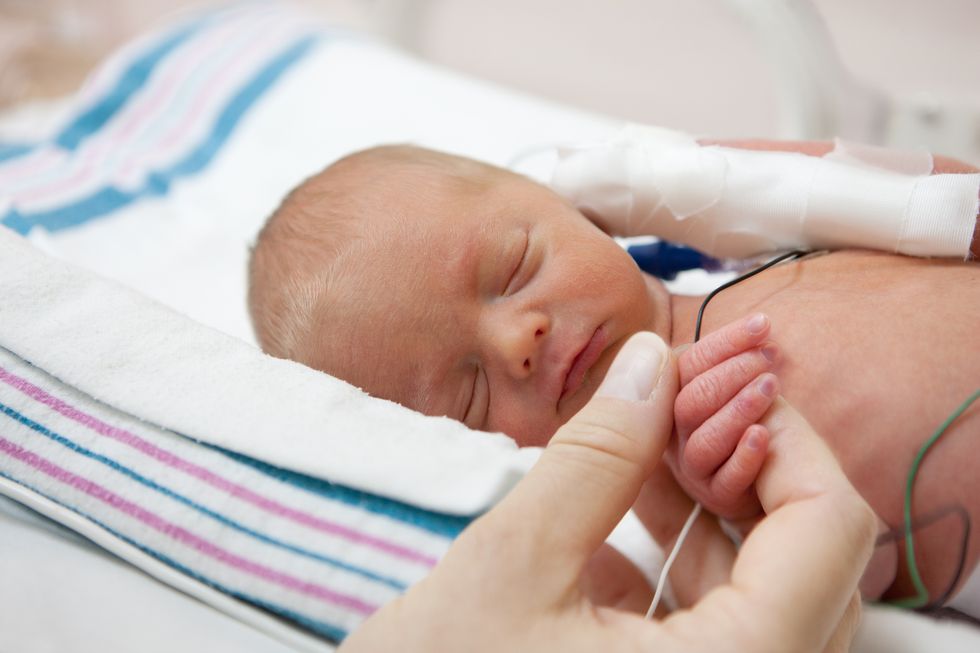 Brain Deficits in Preemies May Start Before Birth

Problems with brain wiring in premature babies appear to arise months before they are born, a small study suggests.

THURSDAY, Jan. 12, 2017 (HealthDay News)—Problems with brain wiring in premature babies appear to arise months before they are born, a small study suggests.

The study authors said that roughly 10 percent of American babies are born preterm. The findings suggest that factors contributing to premature birth may also affect brain development, and might be associated with problems such as autism, attention-deficit/hyperactivity disorder and cerebral palsy.

In the study, the researchers used MRI scans to assess brain connectivity in 32 fetuses while they were still in the womb. Of those, 14 were born preterm—at 24 to 35 weeks of pregnancy. Full-term is considered 39 to 40 weeks' gestation, according to the March of Dimes.

The investigators said that fetuses who were born preterm were found to have weaker wiring connections in regions of the brain where language skills develop.

"It was striking to see brain differences associated with preterm birth many weeks before the infants were prematurely born," said Dustin Scheinost. He's an assistant professor in the Yale School of Medicine's Magnetic Resonance Research Center in New Haven, Conn.

"Preterm infants are known to have brain changes in language regions, and we were particularly surprised that the fetal differences we detected were in these same language regions," Scheinost said in a Yale news release.

However, the study only found an association between weak fetal brain connections and preterm birth, not cause and effect.

According to study co-author Dr. Laura Ment, "Impaired connectivity in language regions in infants born long before their due dates needs further study, but is important for future research into both the causes and outcomes of preterm birth." Ment is a professor of pediatrics and neurology at Yale.

The study team said its future research will look at infection and inflammation as potential causes of premature delivery, and how those factors might affect fetal brain development. Also, they plan to follow up on the children in the current study to see how they do over the long term.

The study was published Jan. 9 in the journal Scientific Reports.