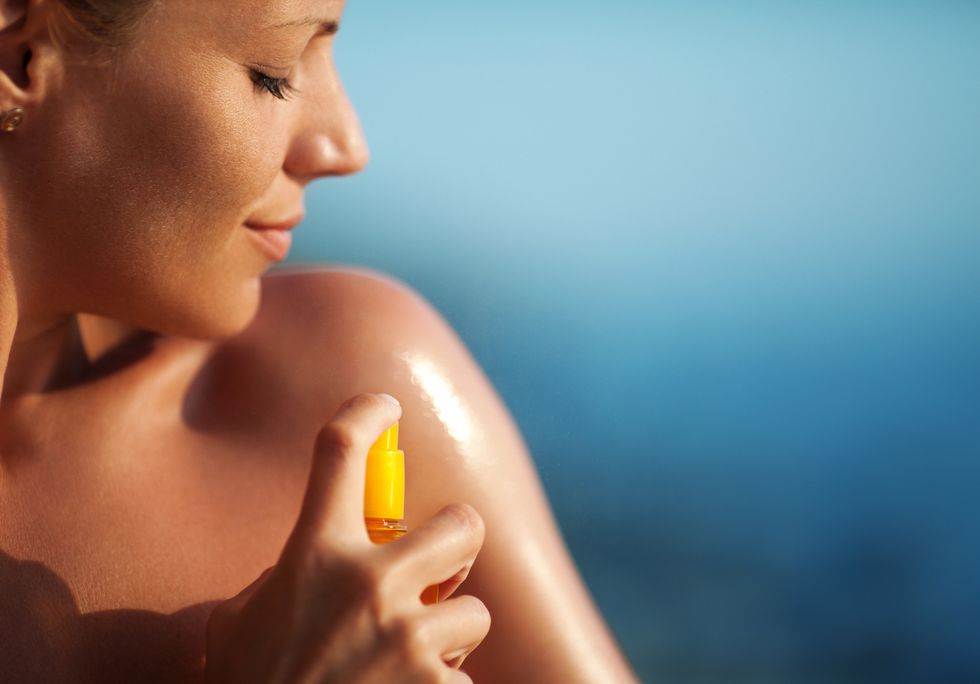 Sunscreen is vital for protecting against skin cancer, but the jury is still out on the safety and effectiveness of spray-on sunscreens. If you're going to use spray sunscreen, follow these tips.

In our fight against protecting against skin cancer, sunscreen is vital. And it's a given that wearing some is better than wearing none.

Everyone should regularly use a sunscreen with a broad-spectrum SPF (sun protection factor) value of 15 or higher and take other precautions like limiting their time in the sun, especially between 10 a.m. and 2 p.m. when the rays are strongest. Also, covering your head with a hat and wearing long-sleeve shirts and sunglasses can further protect your skin against the sun's harmful rays.

And regardless of the type of sunscreen you use—spray or rub-on—always reapply it after about two hours.

Learn more about How to Use Sunscreen the Right Way.

If you use spray sunscreen, you may be aware that ever since the advent and growing popularity of aerosol spray-on sunscreens, there have been concerns. Sure, they're faster and less messy and easier to apply in a lot of cases (like when you have squirming kids or hard-to-reach areas to deal with). But here's the rub: The airborne particles can be spread or inhaled or can get into the environment or the user's eyes. And because of the way the sunscreen is applied, there may be parts of the body that are missed.

Not only that, but due to their flammable ingredients (most commonly alcohol), applying spray sunscreens too close to open flames—like outdoor barbecues and grills or candles—increases the risk of the sunscreen catching fire and you suffering a bad burn. The Food and Drug Administration (FDA) reports five incidences of people who used spray-on sunscreen near open flames suffering "significant burns." Although those products have been voluntarily recalled from the market, there are still many on the shelves that do contain flammable ingredients.

Interestingly, the incidents of bad burns I noted above ensued after the sunscreen was applied to the user's bodies (not while they were spraying it). One happened when the person lit a cigarette; another occurred when they stood too close to a citronella candle. Although you should never use any flammable product near an open flame, take note that there's still a possibility of danger even after you've applied spray sunscreen and think you've waited long enough and the sunscreen has dried.

Many people are still fans of spray-on sunscreens. If that means you, the American Academy of Dermatology offers some tips to use them safely:

The jury is still out on the effectiveness and possibility of health problems. In the meantime, the FDA has proposed adding a warning to labels of spray-on sunscreens that states the possibility of harm from inhaling aerosolized particles. And the Environmental Working Group, an advocacy organization, is recommending that consumers avoid spray-on sunscreens altogether, especially those with mineral ingredients like zinc oxide and titanium dioxide.

Obviously, the choice is up to you—but do make the right choice and protect your skin!

I Got Shingles at 29