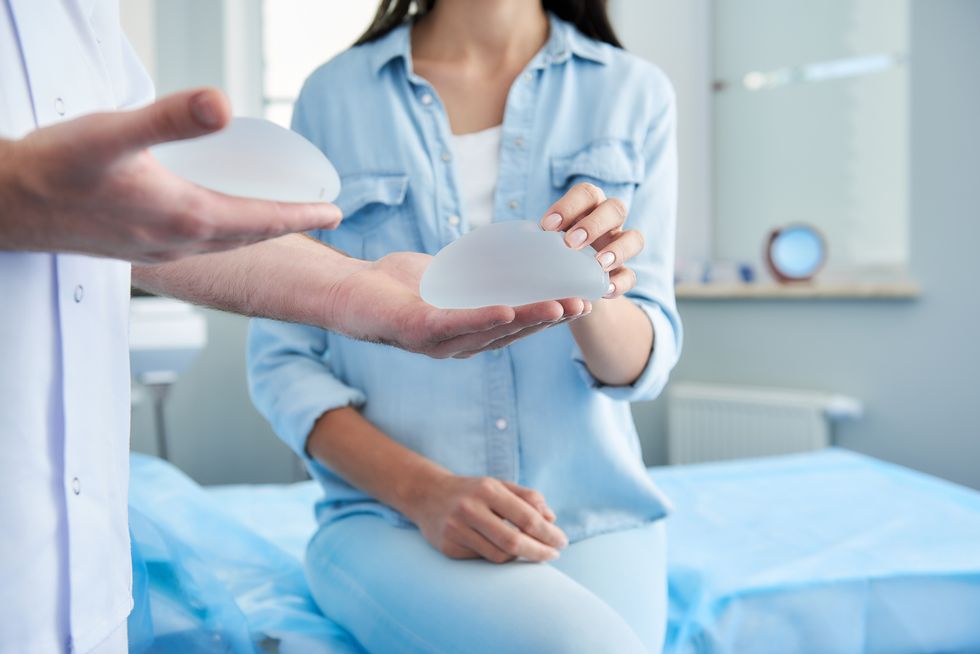 The FDA reports an increase in the number of cancer cases linked to breast implants, but some experts still say the implants are generally safe, despite the rise in breast implant-associated anaplastic large-cell lymphoma.

Women with breast implants are all around us. And many of these women have no health issues at all from these implants.

But a recent report by the U.S. Food and Drug Administration (FDA) announced that more cases of a cancer linked to breast implants have been reported.

These women aren't getting breast cancer. They're getting a malignancy of the immune system called breast implant-associated anaplastic large-cell lymphoma (BIA-ALCL).

When detected early, it can usually be cured by surgery, where the implant and scar tissue are removed. Some women also need chemotherapy and/or radiation because the cancer has spread. And for a small number of women, it can be fatal.

The case count rose to 457 cases near the end of 2018, the agency said in an update on its website. The FDA has recorded nine deaths from BIA-ALCL. (A professional society of plastic surgeons says there have been 16 deaths from the cancer, The New York Times reported.)

This lymphoma is more likely to happen in those whose implants are textured and have a rough surface, as opposed to a smooth one. "The theory is that textured ones have caverns and bacteria can hang out in there. That can cause chronic irritation," says Steven Teitelbaum, MD, FACS, who is associate clinical professor of plastic surgery at UCLA School of Medicine, past president of the California Society of Plastic Surgeons and past president of the Aesthetic Surgery Education and Research Foundation. He is in private practice in Santa Monica, California.

Most implants in the United States are smooth. Textured ones are more popular in Europe. The FDA couldn't say for sure that textured implants are the sole cause behind the disease. For example, implants may have been replaced. And if a woman with lymphoma had both types of implants, it can be hard to figure out the culprit.

Plus, all case reporting is voluntary. So the findings may be incomplete. "So far there hasn't been a case with a smooth one," says Dr. Teitelbaum. "But you can't say that it will never happen."

Health care professionals and their patients sometimes prefer textured implants because they're more likely to stay in position than smooth ones. (Tissue grows into the rough surfaces on textured ones to help hold it in place). "Textured ones may have advantages in certain cases," says Dr. Teitelbaum.

No connection has been found between the disease and the saline or silicone gel inside the implant. The cancer also doesn't discriminate whether you chose the implants for cosmetic reasons or got them during reconstructive surgery after breast cancer.

Swelling around the implant is a symptom of BIA-ALCL that is very obvious, says Dr. Teitelbaum. This symptom can happen two to 28 years after surgery, with an average time of eight years. "People develop a very significant enlargement of one breast," says Dr. Teitelbaum. "The cup size is bigger and not subtle because fluid builds up in the space behind the implant." Fluid buildup can also cause pain or lumps in the breast or armpit. Problems happen when treatment is delayed or done incorrectly, Dr. Teitelbaum says.

If you don't have symptoms, the FDA says there is no reason to remove the implants or screen for this disease. The FDA says that the odds it will occur in a woman who has textured implant ranges from 1 in 30,000 to 1 in 3,817.

"No one recommends preventative removal of implants," says Dr. Teitelbaum. "If a patient wants to do it, I'll do it. But I let them know that they shouldn't feel like they're being talked into it."

And whether you're interested in breast implants for cosmetic purposes or cancer reconstruction, speak with a board-certified plastic surgeon who can tell you what's right for you.

"All surgery has risks," says Lara Devgan, MD, MPH, FACS, PLLC, a plastic and reconstructive surgeon who practices in New York City. "But I believe that breast implants are generally safe devices that can bring a tremendous amount of joy and satisfaction to women. Our knowledge of science is ever evolving. But I would recommend breast implants to a patient, friend or family member who desired them and was an appropriate medical candidate."

Covid-19 Vaccines and False-Positive Mammograms: When Should You Get Screened?

Healthy Breasts: A Guide to Caring for Your Breasts