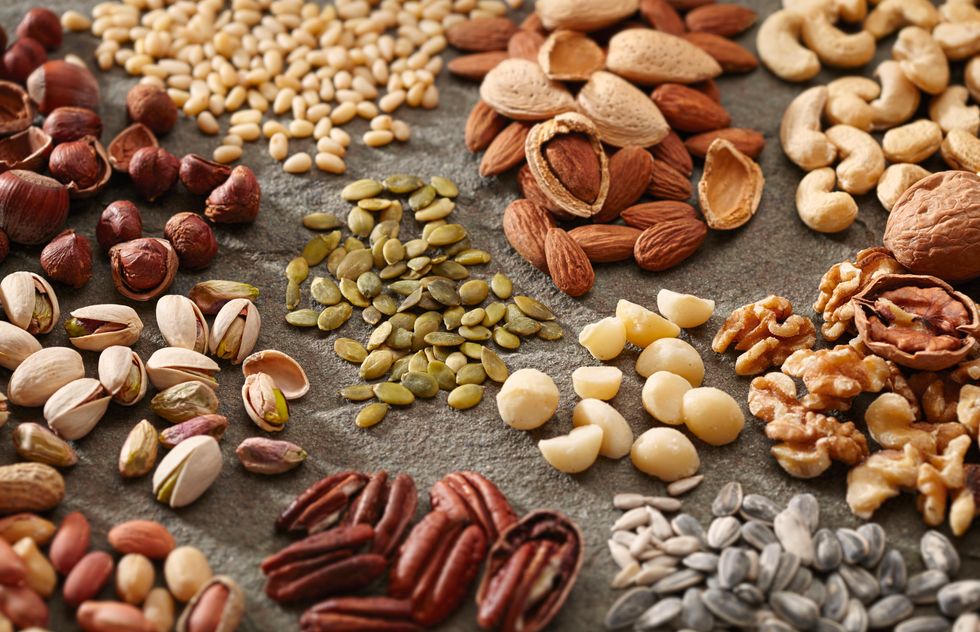 Allergic to Peanuts? Tree Nuts Might Still Be Safe

Allergic to Peanuts? Tree Nuts Might Still Be Safe

Having an allergy to one type of nut may not necessarily doom you to a lifelong avoidance of all nuts, a new study suggests.

MONDAY, March 27, 2017 (HealthDay News)—Having an allergy to one type of nut may not necessarily doom you to a lifelong avoidance of all nuts, a new study suggests.

In fact, more than half of the people who were allergic to one type of tree nut did not have a reaction to other tree nuts, the researchers reported. Tree nuts include almonds, Brazil nuts, pistachios, cashews, walnuts and hazelnuts.

Interestingly, the scientists also discovered that almost none of those with peanut allergies were allergic to tree nuts. Peanuts are actually legumes, and not nuts.

Even if you have a positive skin or blood prick test to a tree nut, you aren't automatically allergic, especially if you've never actually eaten that tree nut, the researchers explained.

Instead, allergy sufferers should take what is called an oral food challenge, the researchers said. In such a challenge, they eat increasingly larger amounts of a food suspected to cause an allergic reaction over several hours and are observed by an allergist to gauge their reaction.

A food challenge is much more accurate than blood prick and skin tests, the scientists said.

"The findings show that there is a wider margin of error than previously thought [with blood prick and skin tests]," said study lead author Dr. Christopher Couch, a Phoenix-based allergist who was an allergy/immunology fellow at the University of Michigan Medical School at the time of the study.

"A positive skin test and/or blood test to a nut does not always indicate a true allergy," he said.

Tree nut allergy is one of the most common food allergies in children and adults, affecting an estimated 3 million people in the United States, according to Food Allergy Research and Education, a nonprofit working to raise awareness and fund research on food allergies.

In the study, Couch and his colleagues examined the medical records of just over 100 people allergic to a single tree nut and tested them for an allergic reaction to other tree nuts. The participants were given blood or skin prick tests and oral food challenges.

Despite showing a sensitivity to the additional tree nuts in blood prick and skin tests, more than 50 percent of those tested had no reaction after taking the oral food challenge, Couch said.

"Skin tests and blood tests to foods are not absolute, and we can see false positives," he said. "An oral food test is the most objective test we have to determine if a patient is allergic, or if they are tolerant to a particular food."

The findings were published online March 27 in the Annals of Allergy, Asthma and Immunology.

Allergists said the findings confirm what previous studies have shown.

"It's not surprising," said Dr. Jonathan Spergel, chief of the allergy section at Children's Hospital of Philadelphia. "We have known this for a while."

Spergel, who published a similar finding last year, said he hopes that as more studies debunk the myth that being allergic to one type of nut rules out consuming all nuts, people will incorporate more of these healthy foods into their diets.

"What people with a nut allergy need to remember," Spergel said, "is that when they are buying nuts be careful not to buy mixed nuts. That will only exacerbate their problem."

The ingredients listed on the bottle only tell half the story. Here's what you need to know.

Researchers report that a new drug injection might offer at least temporary protection against the most severe reactions.

Asthma can develop for the first time in midlife. Triggers that might never have bothered you before can now be a problem, and the symptoms can be more serious for adults.