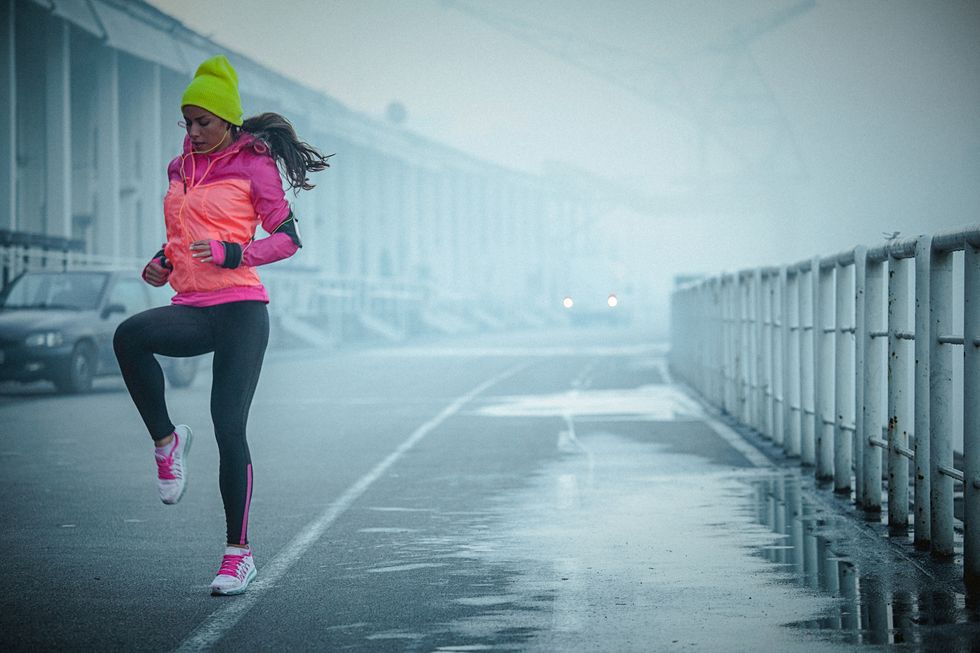 5 Ways to Boost Your Metabolism

Exercise and eat well, but can't seem to lose any weight? Get ideas that will help you increase your metabolism and burn more calories.

Let's say you've been pretty diligent about exercising since your early 20s. You run or walk briskly or use the elliptical machines at the gym at least three times a week. You might even go to a step aerobics or Pilates class.

And, just to make the example complete, let's also imagine that your diet is healthful most of the time. You avoid high-fat foods, don't drink much alcohol and eat lots of fresh vegetables and fruits and fiber.

Nonetheless (you knew there would be a "nonetheless," didn't you?), your weight has started to creep up. You watch what you eat even more these days but don't see the response from dieting that you once were able to achieve.

As you get older, your body's metabolism lowers. Think of it like a car's engine. The food you eat (fuel) gets turned into energy, which is used to run your bodily activities. With age, that process begins to operate less rapidly than it did when you were an infant. And while your metabolism "stabilizes somewhat between [age] 20 and 40," it then "goes down for the rest of your life," says Catherine G.R. Jackson, PhD, FACSM, a professor of kinesiology at California State University, Fresno.

Result: even if you exercise and eat the same as always, you'll probably start gaining weight.

Is your metabolism high or low?

Your age is only one factor in determining why your metabolism runs the way it does. Some people talk of having a "slow" or "fast" metabolism. In reality, your basal (or resting) metabolic rate can fall anywhere from low to high. Your rate is what's normal for you and refers to how many calories you use just for breathing, digesting your meals and such. Those functions make up about 75 percent of your daily energy, or calorie, use, and you can't influence them very much. Physical activity comprises the rest.

To get a true measure of your metabolism, your rate is assessed while you are resting, after having had no food or exercise for 12 hours. "The rate is related to the surface area of your body, but it also depends on brain function to set the point at which you use Kcals (kilocalories) or produce heat," Dr. Jackson says. "There are hardly two people who are exactly alike."

It's not fair, but your husband, brother or male coworkers, in general, have higher basal metabolic rates than you and your female friends. Muscle burns more calories than fat, and men tend to have more lean muscle mass than women do. Women often gain weight and lose muscle mass as they age. Yet obese people may have higher metabolic rates because they have more body surface. Confusing, yes?

So dieting alone isn't the answer. Indeed, it may be counterproductive because dieting triggers your body to lower metabolism to "hang on to fat," says Dr. Jackson. "If a diet is prolonged, and metabolism is driven down, you will gain weight even if you consume fewer calories than before the diet."

Certain things will increase the energy you produce, at least briefly. Eating a meal raises your metabolism, especially if it's high in protein. That's why some fad diet products based on protein claim to "burn fat."

You'll also find ingredients such as caffeine and ephedrine used to increase energy expenditure by raising metabolism, but these may have adverse effects. Weight-loss products that use amphetamines can even cause death, Dr. Jackson notes.

Foods such as red pepper (capsaicin), black pepper, ginger, green and black teas (which may contain caffeine) and other spices are being studied scientifically for possible weight-control benefits. These all raise metabolism through the body's heat production and energy use, but whether they can provide long-term results (and at what dosages) remains unclear.

"The real way to change metabolism is to exercise on a regular basis," says Dr. Jackson. "This changes brain function."

When you're physically active nearly every day, your body maintains an elevated metabolic rate. In one recent study, women who did 40 minutes of aerobic exercise at 80 percent of maximum heart rate increased their bodies' energy expenditure rates for the next 19 hours. That keeps your engine revved up and burning calories, even while you're relaxing and watching an old movie in your fuzzy slippers.

A few ways to reach that goal: