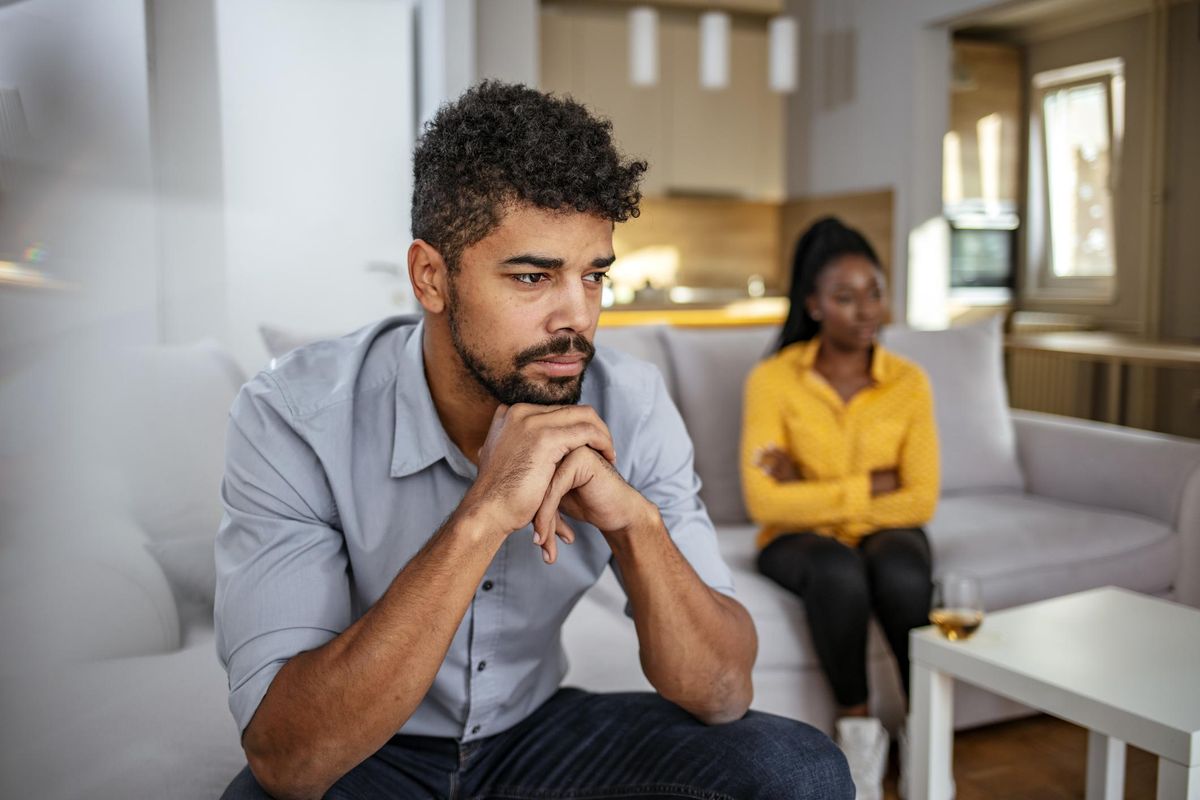 Divorce Request out of the Blue

My wife just asked me for a divorce—out of the blue. Sure, we've had ups and downs like anyone else, but I thought we were doing OK. I don't understand what went wrong. Could this be a midlife thing she'll just get over? I need help! Where do I start?

My wife just asked me for a divorce—out of the blue. Sure, we've had ups and downs like anyone else, but I thought we were doing OK. I don't understand what went wrong. Could this be a midlife thing she'll just get over? I need help! Where do I start?

You can start by sitting down and talking with your wife—calmly. Take what she's saying seriously. Was it said in anger in the midst of an argument or in a calmer, more direct manner? In either case, you should take it seriously. However, if her request was voiced in frustration or as a threat in the heat of a fight, I would ask her not to use the word "divorce" unless she really means it. It's hurtful and not a helpful way of expressing what she's feeling.

If the topic of divorce wasn't brought up during an argument, she may have already made this decision for herself after much careful consideration. Perhaps she has been thinking about it for months, if not years. And it's possible she's dropped plenty of clues about her feelings that you've missed.

And no, I don't think it's a "midlife thing" that will disappear in a few months. Instead, it could be that as she's moved into midlife, she's become more aware of her wants and needs and realized that her marriage was not meeting those wants and needs. We all become more aware of our own mortality as we reach certain birthdays. This can be a time of reassessment and realignment as we envision how we want to live the latter part of our lives.

Go to a public place or another "safe" place where neither of you is likely to make a scene. Tell her how you feel about her. Apologize for being unaware that something was wrong. Then ask her to tell you what she views as the problems in your marriage. Let her talk. Don't interrupt. Listen calmly, not defensively. Take notes if that helps. When she finishes, ask her the all-important question: "Do you think this is something we can work on? Can we seek help and try to save our marriage?" Tell her you are committed to working on the marriage and let her know how you feel about the thought of it ending and losing your relationship.

Make sure you let her know your emotional investment in the marriage for the relationship's sake, not just "what it would do to the kids" if there are children involved. If she's ready to leave the marriage that is where your focus needs to stay. Tell her you'd be willing to see a marriage counselor or therapist to work out the problems and to take responsibility for your share of the issues.

But—and I'm sorry to say this—be prepared for her to say "no."

Even if she refuses to go for counseling and continues on the divorce path, it's a good idea for you to talk to someone individually about your confusion and loss. It's also a good idea to listen to what your wife says went wrong for her—so you can be more aware of the road signs in your next relationship.

If there are children involved, you can ask your wife if she's willing to see a counselor with the goal of figuring out how and when to tell the children and to help set a foundation for parenting from separate households. Many divorced parents learn to parent peacefully, which saves their children a lot of anguish and heartache.