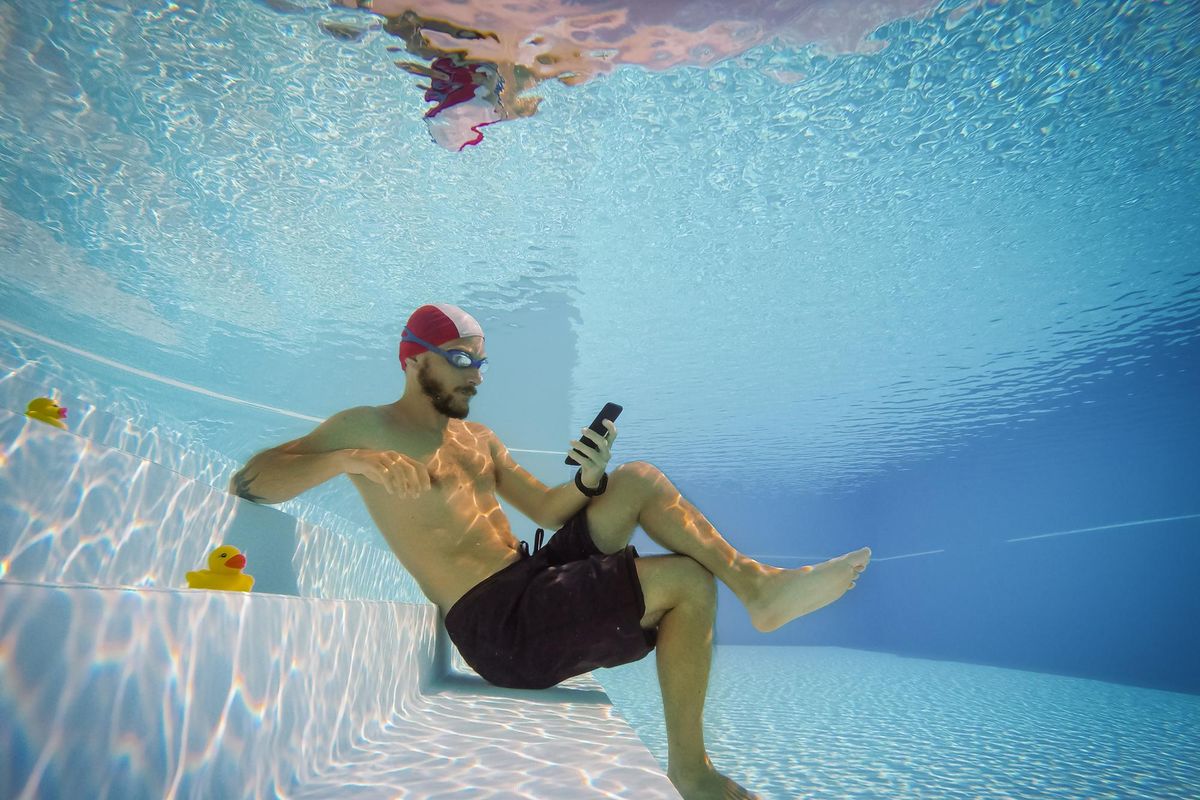 No, You Are Not Addicted to Your Digital Device, But You May Have a Habit You Want to Break

Imagine that you're a typical middle school student having dinner with your family. Your mother takes your smartphone away and puts it in a lock-box that won't open for an hour.

Would you: (a) go ahead and eat dinner with your family? (b) try to pry open the box? or (c) smash the box with a heavy tool when your family is sufficiently distracted?

As depicted in Netflix's popular documentary, “The Social Dilemma," the answer is first (b) – if that doesn't work, then (c). Apparently, for youth, being connected online is akin to an addictive substance: “There are only two industries that call their customers 'users': illegal drugs and software," as information design expert Edward Tufte has put it.

Popular media fuels this portrait, with testimonials from extreme users and highlights of their behavior. So-called addicts who changed their lives through digital detox confess that social media was killing them. The health care industry has capitalized on this digital detox trend, depicting extreme use as the norm. Scholars, too, debate ways to define and prevent addiction to digital media.

It's a mistake, however, to equate frequent social media use with addiction. Just the label carries stigma – a personal failing or pathology that has significant negative outcomes to the user and their family, such as lost jobs and destroyed relationships.

The upside of social media

Habits form naturally through repeated use. Use any site or app enough, and you'll form associations in memory between cues, such as site alerts and your smartphone, and responses, such as logging on. Once habits have formed, perception of cues automatically makes you think of logging on.

Most of us start using social media because it is rewarding. The likes, follows and friends we accumulate are all rewards. Take Instagram: Almost 70% of user postings can be explained by a reward-learning model in which likes are analogous to the food pellets that teach rats to pull a lever in a Skinner box. Get enough likes on your posts, and you will start to post more often and create an Instagram posting habit.

How platforms design around habits

Social media platforms have figured out how to make pallid online rewards as real to humans as food pellets are to rats. Likes and followers gain fuel when they become public. Users then engage in social comparisons, feeling good when they gain social recognition and bad when others' accomplishments diminish their own. Social pressure is part of the experience.

Even more rewards come from the algorithms that curate our social media sites to appeal to our personal interests. This is the source of echo chambers, creating a cheering crowd for most everyone.

Habits also explain the design of successful platform features. Consider the endless scroll. It effectively removes points that might signal you to stop reading. Just as important, it presents each post in a sequence, which heightens your experience of rewards (amazing cat video!) interspersed with the ho-hum. Such intermittent rewards are especially effective at building habits.

Once habits have formed, recurring cues – like notifications and the usual places and times that we use the app – trigger social media use. If you repeatedly scroll your Twitter feed while riding the bus, for example, then you may find that your Twitter habit is activated merely by sitting down on the seat.

Habits function largely outside of our conscious awareness and your intentions. But once in a while, you come up against your habits and realize they are there. Frequent social media users might experience habits like this during a phishing attack. Frequent users should be most knowledgeable about security risks and how to avoid them, but acting habitually and responding without thinking made these users vulnerable to responding automatically to phishing attacks. These moments allow us to “see" our habits up close.

Habits also explain why the addiction model, though inaccurate, is pervasive. Habits keep people automatically using social media even when intending to do otherwise. When users find it hard to quit, they may feel addicted. Users adopt narratives validating feelings of addiction and share these widely. However, these narratives actually disempower users. They inhibit our understanding of how to stop or control social media use.

Understanding habits allows us to reverse engineer our way out of social media's behavioral traps. In other words, we can change the cues that activate our habits. Without those cues, habits are simply not activated. But cues that trigger habits are also their Achilles' heel.

Consider the findings from our analysis of more than 9,000 Facebook users. After a change in site design, those with strong habits immediately reduced their posting rates. The changes in platform cues appeared to disrupt habitual users. They didn't show the cravings you'd expect with addiction. They just used it less. In contrast, the design change – which was implemented to increase posting – did just that for occasional users.

You can take advantage of this Achilles' heel yourself. Try modifying or eliminating cues from your smartphone and apps, including turning the phone screen face down, putting it on airplane mode or turning off notifications.

It can also help to add friction so that you have to think before you log on. Students in a recent study were able to decrease social media use by simply putting their phone charger farther away or making their phone less accessible by putting it in their purse rather than pants pocket.

So, that hated lock-box for smartphones during family dinners might actually work.

By understanding habits, we all can stop worrying about digital detox and start reengineering apps and websites to meet our own needs as opposed to the sites' needs – which is to build a habitual user base. And we can get on with ameliorating the real challenges of social media: misinformation, biased algorithms and the destructions they create.