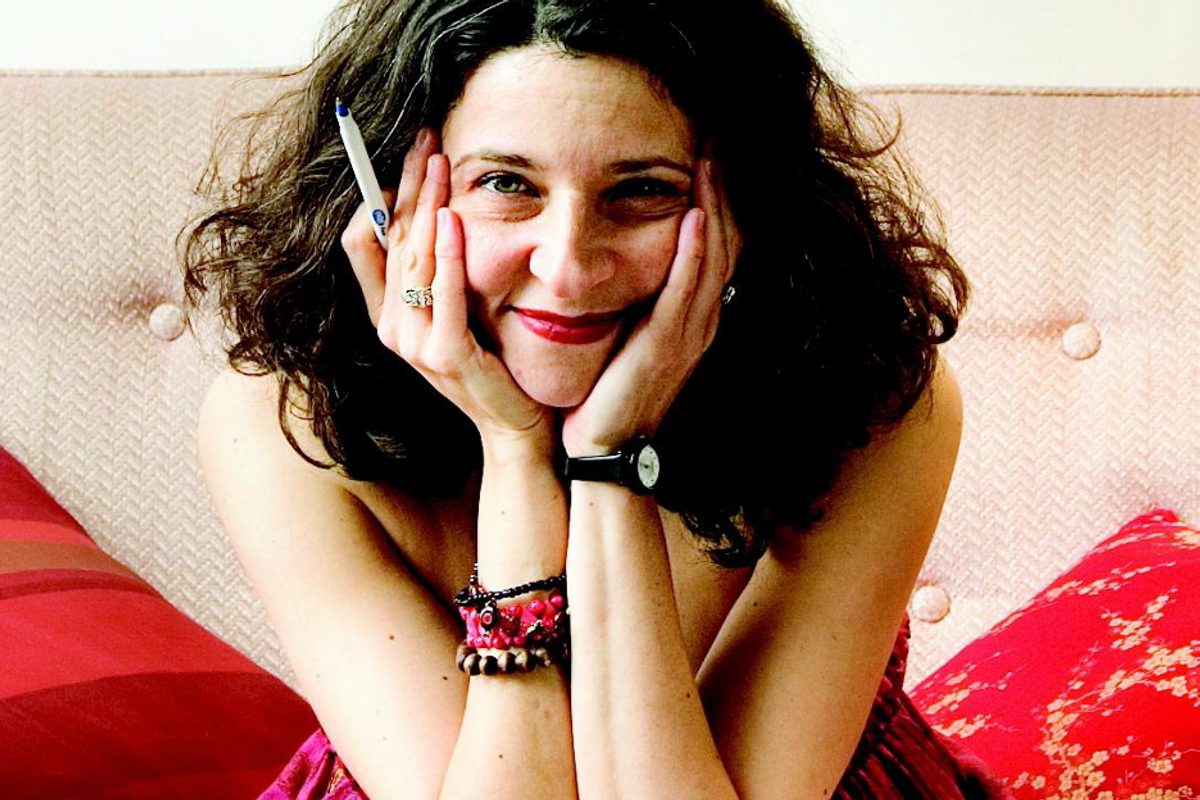 After 30 years of painful sex, I finally learned I wasn't broken.

In one of Netflix's hottest new shows, Unorthodox, a young woman named Esty cannot consummate her marriage for almost a year due to excruciating attempts at coitus. Eventually, she's given a diagnosis of vaginismus, the condition of having overly tight and weak pelvic floor muscles.

This show transported me back to the '80s, when I was in college. Like Esty, I tried for months to have intercourse before I was able to, and then, only with pain. I had to wait 30 years for a diagnosis.

During those decades, I endured the following: a belief I was broken, especially because I suspected my problems were tied to childhood sexual abuse; an internet discovery of "vaginismus" right after getting married, which made me burst out laughing (what dumb shmo would burden women with this ridiculous name?); a fraught discussion with my nervous gynecologist, who prescribed the wrong remedy; and a consult with a sex therapist who would not treat me because I had pelvic issues.

That therapist made me feel broken all over again, but at least she recommended the gold standard in repair: pelvic floor physical therapy (PT). At 49, I walked to a rehabilitative office, passing calla lilies that had spring-like blooms in September. My green eyes misted because I was finally going to fix a body part I'd always assumed was incapable of pleasure.

At the PT facility, different tears almost flowed. Sitting in the reception area, I could see massage tables through a glass partition. An old guy was being manipulated by a man who looked like Tony Robbins. Was this where I'd be treated? Soon, Stephanie came out. Her gray-streaked-brown hair and John Lennon glasses reminded me of cool moms I knew in the '70s. Stephanie took me to a private room with baby-blue walls.

Things happened quickly after that. After chatting, my vagina whisperer handed me a white hand towel to cover my pudendum. Then I lay back on my own massage table, my legs in a butterfly pose like I was doing blissed-out yoga. But bliss was smashed by my PT's gloved hand entering and poking around. My butt lifted off the table ungracefully, as my breath pushed through gritted teeth.

As Stephanie continued ⎯ mostly pressing into areas and having me contract my pubococcygeal (PC) muscles ⎯ I inquired about Kegels.

"No!" she almost shouted. "Your muscles don't know how to relax! We can't start building strength until we teach them to let go." She wanted me to see her every Tuesday and to "work out" with vaginal dilators three times a week. I had already purchased these hollow faux fornicators.

Back home, I took out the kit ⎯ five phallic-shaped cylinders. The largest of these was the width and height of an average man's member, apparently 6 inches long and 1.5 inches in diameter. The other four trainers decreased in height and girth until I was fondling the smallest, the size of an average index finger.

I started getting better though. After four weeks of in-office massage and at-home dilator use, after a penis-in-vagina pause with my spouse (to make sure my inner sanctum didn't revert to old patterns), my PC muscles started functioning.

Eventually, I was allowed to have sexual relations again, but only with instructions. Thankfully, Stephanie taught me how to screw. Step One was pumping my Kegel apparatus upon entry, to find a non-spasm state I could control. Step Two was releasing Madame as Monsieur entered. Step Three: a vaginal hug as hubby exited. It was the kind of sex education I had been seeking my entire life.

Three months into treatment, on a miraculous Wednesday, for the first time in my life I did not feel assaulted as I made love. It was an ordinary night with candles and French music playing on Pandora. Yet what ensued was absolutely wacko. I mean, was this MY genitalia? A few mini-demons appeared between my thighs, but I scared them off with my new yoni power. Yoni is the Sanskrit word for a woman's sacred sensual anatomy. And something spiritual did happen: an ability to modestly surrender. After 30 years, my vaginismus was cured.

But it did not bring me the pleasure I sought. For that, I had to study stimulation. I needed to learn about the internal clitoris and a woman's erectile tissue. I had to attend workshops on my own and with my husband (only some of them clothed). Most of all, I had to learn to advocate for my own delight. This involves staying present during the dance, noticing if my body doesn't dig something. It's gently redirecting, knowing where to go from there ⎯ what I might like better.

Am I discouraged that I occasionally have pain? Not at all. Because making adjustments is agency, which is the opposite of feeling broken.

I wish more health providers would recognize the role pleasure plays in treating vaginismus. I still think the name is ludicrous. But healing from this condition doesn't have to be. Instead, it might be serious fun.

(This essay has been adapted from the book The Pleasure Plan: One Woman's Search for Sexual Healing by Laura Zam. Copyright © 2020 by Laura Zam. Published by Health Communications, Inc., distributed by Simon and Schuster. All rights reserved.)

Every month is women's health month at HealthyWomen, but the rest of the world will be joining us this May during the official Women's Health Month. And we're celebrating in a big way!

Being My Own Advocate Helped Me Defeat Tonsil Cancer

After Years of Suffering and Shame, I’m Now a Proud Crohn’s Warrior