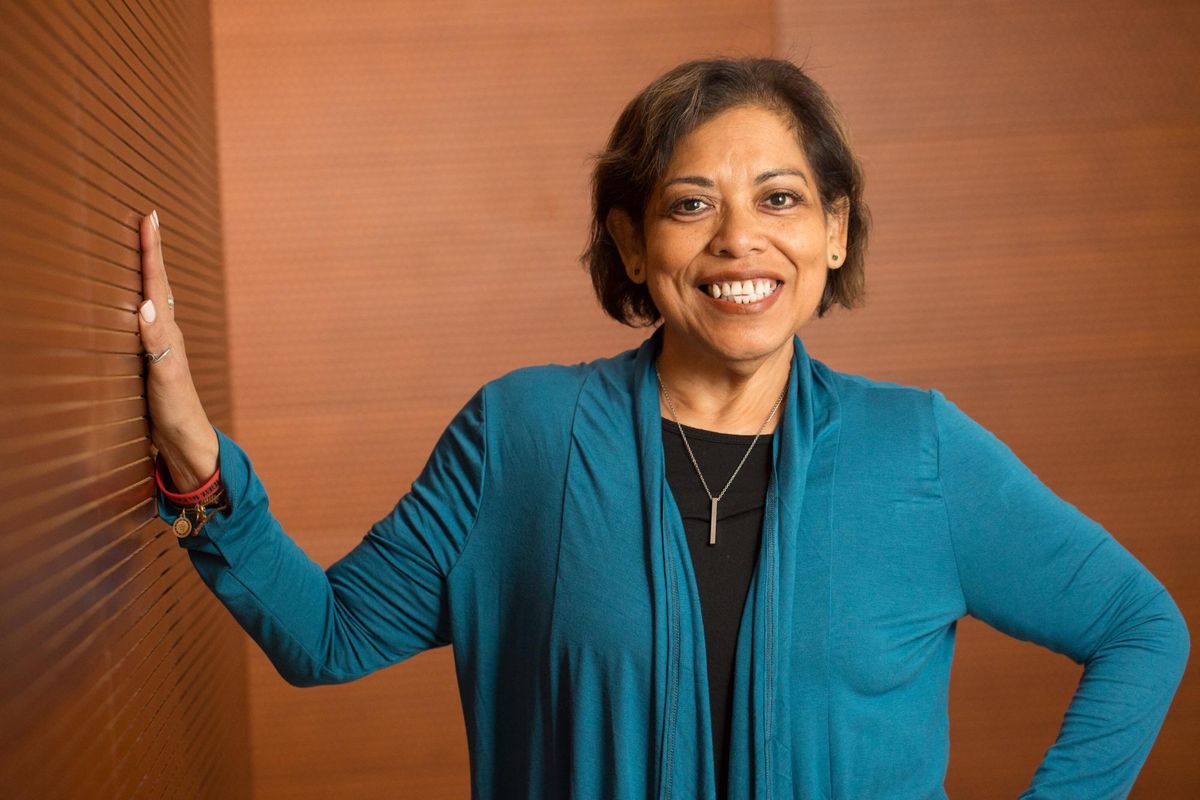 As told to Gila Lyons

My community, the Hispanic community, can be very shy about penises and vaginas. Most of the time, we'd rather not talk about them. I'm college educated, and I've seen pretty much everything you can name working as a New York City police officer for over 20 years, but I was in my late 40s before I first heard about human papillomavirus (HPV), a common sexually transmitted infection (STI) that can cause cervical cancer. I was married. I was strong and healthy, and I had no idea I was at risk for it.

My gynecologist retired, and I was in no hurry to find a new one, so I went three years without an exam. But, then I started to bleed between my periods. This was right around the time I was about to retire from the police force, at age 48, so I chalked it up to the stress of leaving my job. I thought that once I made the transition into retirement, these strange symptoms would stop. But my bleeding progressed from spotting to pretty significant bleeding, and three months after it began, I was bleeding almost every day. When I retired, the symptoms didn't stop. They actually continued to progress, so I took a referral from a friend to see her gynecologist.

The gynecologist performed an ultrasound and a biopsy, and the biopsy came back abnormal, so she referred me to a gynecological oncologist. Now, I knew what the word oncologist meant, so I was nervous. I had an appointment a few days later and he performed more tests and biopsies. He told me what no one wants to hear, "You have cervical cancer."

When I heard those words, my light just dimmed. Thankfully my husband was at the appointment and he took over with the questions. I probably only heard half the conversation. I remember the doctor said the cancer was caused by HPV. My husband asked, "Where did the HPV come from?" And my doctor told us, "It's a sexually transmitted infection." I put the word cancer aside and was even more terrified that my husband, family and friends would think I was sleeping around or cheating outside my marriage, neither of which were true. I felt ashamed. I fell into a dark place where I shut the door and didn't let too many people in.

Thankfully, my husband educated himself. He learned that 80% of sexually active Americans will have HPV at some point in their lives. There shouldn't be a stigma about something so common. People talk about breast cancer and colon cancer without shame, but there's a stigma around cervical cancer since it can be caused by an STI — and because for many cultures the vagina is still taboo to talk about. I truly believe that part of why I survived is to help educate other people, especially members of the Latina community, that there is no shame in having HPV or cervical cancer, and that there is so much we can do to prevent both.

My tumor was too big for a hysterectomy, so I had 35 treatments of radiation, seven of chemotherapy, and two of brachytherapy (internal radiation). I was so horribly nauseated and exhausted during the treatments, I don't wish them on anyone. There were times I wanted to give up, but my husband would literally dress me and take me to treatments. They worked so well that, after six months, my PET scan (used to detect cancer) showed that the tumor had vanished and there was no evidence of cancer cells anywhere. I started treatment in January 2009 and found out I was cancer-free on May 5, 2009, on Cinco de Mayo. It felt like the whole world was celebrating with me.

My family and friends were so happy, and I was too. But I was also in a state of PTSD from all I'd been through. I became depressed and isolated myself. My brother found a cervical cancer walk here in New York City that he thought would help pull me out of my depression, but I didn't want to have anything to do with it. He was so persistent that I gave in and agreed to go.

It was there that I first encountered the organization Cervivor that I work with now as an ambassador. I heard Cervivor women telling stories similar to mine. They knew what radiation was like, what chemo was like — the loneliness, the horrible side effects — they'd been there. I wanted to share my story, too. I wanted to help other women overcome their loneliness and shame, and even more, to save them from having this cancer journey in the first place. I came out of my cocoon, advocating and educating all around New York City, talking frequently about my vagina.

I pray that my generation will be the last generation to have cervical cancer. We have so much now that I didn't have growing up — the HPV vaccine, early detection tests, at-home detection tests, better sex education — but still every year more than 4,000 American women die from cervical cancer and more than 14,000 are diagnosed with it. The numbers have gone down — but they're still too high.

Cervical cancer disproportionately affects women of color, and especially my Latina community. We suffer from a lack of education and lack of screening. It doesn't help that it's taboo to talk about vaginas and penises in my Hispanic community, and when people hear the term STI they walk away, thinking it has nothing to do with them. But thanks to having survived cervical cancer, I'm working toward helping others feel more comfortable discussing these topics.

I believe God saved me to do this work, making other women aware that my journey doesn't have to be theirs. And I'm so grateful to be here.