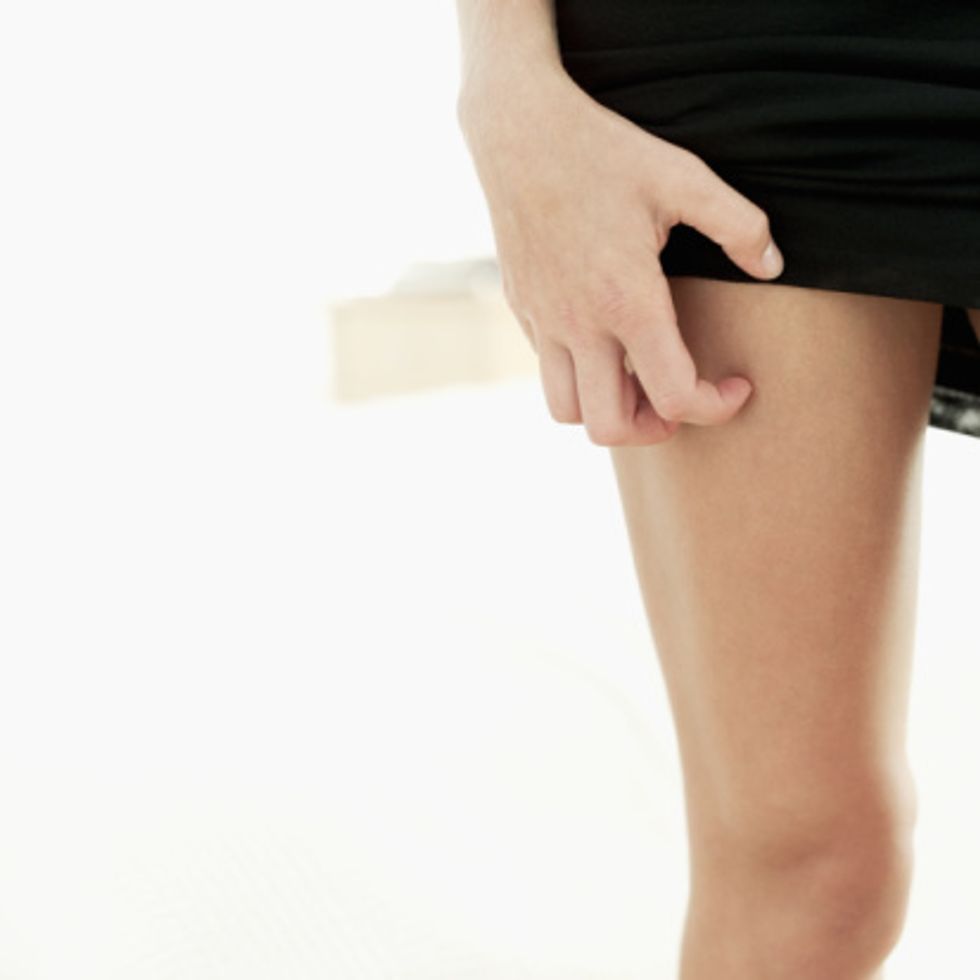 Poison Ivy. And I Thought I Was Immune

Well, here I am, almost 56 and so far, I've gotten away with never getting poison ivy. Just about everyone I know has had it at some point. And I was starting to feel that I must be one of the lucky ones who might be immune to it (wish I had read this quote from WebMd: "It is never safe to assume you are tolerant to poison ivy, oak, or sumac, because your sensitivity to the plants can change at any time."

Ah, yes. Despite knowing what the plant looks like and going out of my way to avoid touching it, all I can say is...I'M SO ITCHY!

Trust me, I'm not asking for sympathy, and I, of all people, know that if it's not life-threatening, it's not really that big of a deal.

I'm writing this to tell you something I never knew - and you might not know, either.

I caught it not from gardening or hiking through a mass of green stuff: I caught it from my dog.

(And by the way, you can also get it from clothing, sporting gear, gardening tools - or any other objects that may have touched the green plant.)

After my dermatologist unlocked that mystery and told me, it made sense. When I walk my dog, she goes venturing into the green stuff that's all over my wooded neighborhood to do her business. Then she returns - tail wagging, all relieved and just so lovable - and I have to hug her when we get home. So, there it is - the oil, known as urushiol, was on her fur; then on my skin. And by the way, you won't catch your dog scratching madly from poison ivy - dogs don't get it- they're immune.

And by the way, at first I thought I had bug bites, since that's what it looked like - little red bumps. I thought poison ivy always looked like a rash. But after doing some research, I learned it can also look like a lot of other things - red streaks or general redness, small bumps, hives or fluid-filled blisters.

When the "bites" continued to crop up all over my legs the next day, I thought it must be something else...and hoped it wasn't the revenge of the bedbugs!