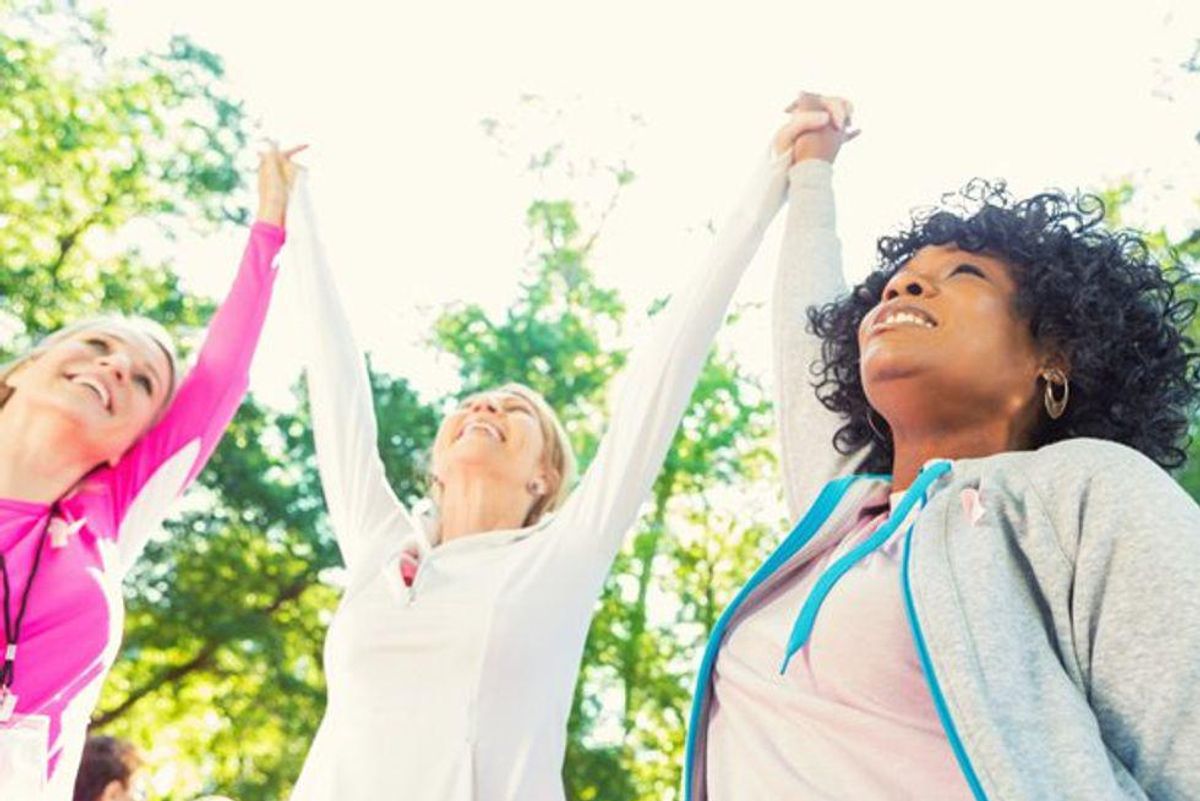 You'd have to have your head in the sand to not know that this month is Breast Cancer Awareness Month, an annual campaign to help raise awareness of the disease that will claim the lives of approximately 40,450 women this year.

But you may not know that October 13 is Metastatic Breast Cancer Awareness Day, a day to draw attention to the needs of people whose breast cancer has spread—or metastasized—to other parts of the body.

Breast cancer is the second leading cause of cancer deaths in women after lung cancer. Fortunately, the death rates have been dropping since 1989, when screening, increased awareness and better treatments began to appear.

It's heartening to know that there are over 3.1 million women in the United States with a history of breast cancer who were alive at the start of 2014.

But there's another and more unfortunate truth about breast cancer: It can metastasize, or spread, to other organs in the body through your bloodstream or lymphatic system, becoming more difficult to treat. Nearly one out of 10 women diagnosed with breast cancer has metastatic disease when she is diagnosed.

Others have cancer that has not yet spread—and they are hopeful that their initial treatments will begin and end successfully.

Yet, breast cancer can be both stubborn and stealth-like. In about 20 percent to 30 percent of women initially diagnosed with early stage breast cancer, the cancer returns months or years after the initial diagnosis and treatment. Isolated cells may defy radiation and chemotherapy and spread and grow into a tumor, invading other vital organs.

Also called stage IV, or advanced breast cancer, metastatic breast cancer currently affects about 155,000 people in the United States, the majority of whom are women, although breast cancer also strikes some men. Breast cancer most often spreads to the bones, lungs, liver or brain. Even after it spreads, it is still known and treated as breast cancer.

Though it can be serious and frightening and is considered advanced-stage cancer, metastatic breast cancer is not a reason to give up hope. Many people live long and productive lives with stage IV breast cancer, with many options and choices for treatment that focus on both the quality of their life and controlling the disease.

Even though the cancer might not be totally eradicated or cured, it can go into remission at times. Additionally, there are clinical trials taking place that can offer options and hope.

The treatment options best suited to you may depend on many factors, including how aggressive you and your health care providers want to be; your general overall health; your financial and insurance situation; and the support systems you have in place.

It's important to remember that treatments are individualized and so is the uniqueness of each medical situation. Research shows that the "personality" or properties of your metastatic cancer can be different than with your original cancer, which can affect the treatment plan.

There's much continuing research into the genetics of breast cancer, and scientists are hopeful they'll be able to develop even more personalized, targeted and specific treatments in the near future. Some may treat the entire body and others will focus specifically on the breast, chest wall and neighboring lymph nodes.

Additionally, tumors often stop responding to treatments. New ways are being studied to monitor and help predict the ways the body will respond to various treatments, such as circulating tumor DNA, a noninvasive way to assess cancer activity.

The Susan G. Komen website details the treatments to consider for metastatic breast cancer. These may include: