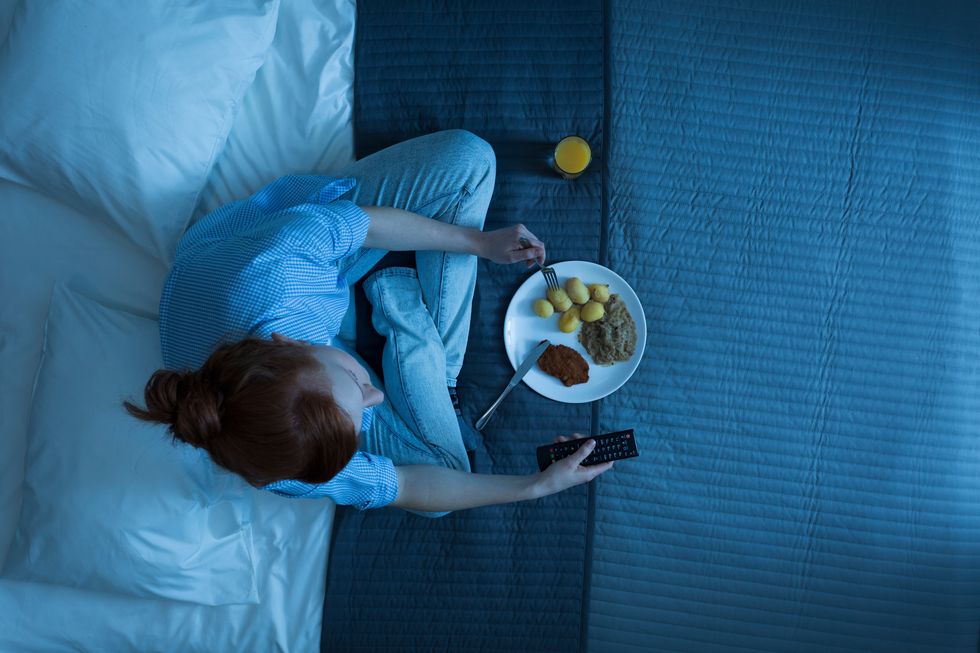 Is Your TV Making You Fat?

Trying to stay slim? Start by switching off your TV during mealtime.

FRIDAY, March 31, 2017 (HealthDay News)—Trying to stay slim? Start by switching off your TV during mealtime.

Of course, just turning off the television won't make pounds melt away. But new research suggests that not watching TV at dinnertime seems to reduce the risk of obesity in adults. Eating home-cooked meals is also linked to a lower risk of obesity, the researchers said.

What doesn't seem to make much of a difference for adult weight is how often a family eats meals together, the study showed.

"How often you are eating family meals may not be the most important thing. It could be that what you are doing during these meals matters more," said study lead author Rachel Tumin. She is survey and population health analyst manager at the Ohio Colleges of Medicine Government Resource Center at Ohio State University.

"This highlights the importance of thinking critically about what is going on during those meals, and whether there might be opportunities to turn the TV off or do more of your own food preparation," said Tumin, who conducted the study while a doctoral student.

The study looked at data from nearly 13,000 Ohio residents who took part in a 2012 survey and ate at least one family meal in the previous week. One-third of the respondents were obese, according to the report.

More than half of the respondents ate family meals on most days, 35 percent on some days, and 13 percent a few days a week. One-third of the study participants watched TV or videos most of the time during family meals, and another one-third said the TV was never on while eating meals.

Adults who said they never watched TV or videos during family meals were much less likely to be obese than those who always watched something during mealtimes, the findings showed.

In addition, respondents whose family meals were all home-cooked were less likely to be obese than those who ate only some or no home-cooked meals.

The lowest risk of obesity was among adults who always ate home-cooked meals and never watched TV while having dinner, the researchers concluded.

While eating meals together as a family didn't seem to be a factor in adults' obesity risk, it may provide other benefits for family members, such as improving social and emotional health, Tumin suggested in a university news release.

The study was published in the Journal of the Academy of Nutrition and Dietetics.