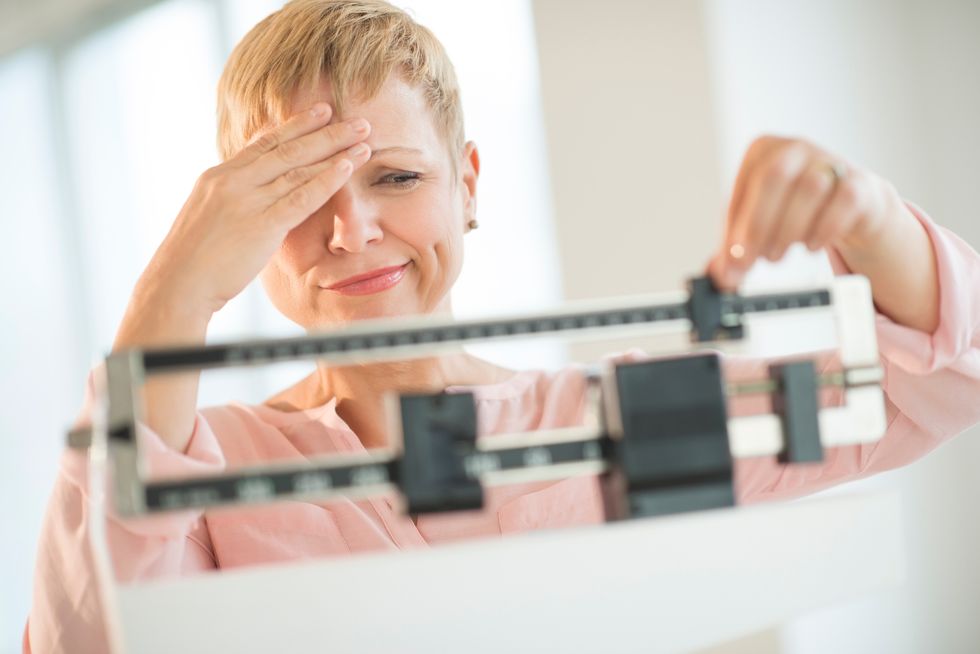 Research in fat cells reveals why it's so tough to stay slim as you get older. The new findings could point to new ways to treat obesity.

MONDAY, Sept. 9, 2019 (HealthDay News) -- It happens to most aging Americans: Excess pounds pile on, despite efforts to eat right and exercise.

Now, research in fat cells reveals why it's so tough to stay slim as you get older. The new findings could point to new ways to treat obesity, Swedish investigators say.

A team led by Peter Arner of the Karolinska Institute in Stockholm analyzed fat cells taken from 54 men and women over an average of 13 years. People in the study who consumed the same or more calories as they got older had an average 20% weight gain.

Why? According to Arner's group, fat cells showed age-linked declines in the rate at which fats -- lipids -- were removed and stored from the cells over time. It's a process called "lipid turnover."

The researchers also assessed lipid turnover in 41 women who had weight-loss surgeries, and how their lipid turnover rate affected their ability to maintain their weight loss four to seven years after surgery.

The Swedish team suggested that these women may have had more "room" to increase their lipid turnover compared to women who already had a high turnover rate before weight-loss surgery. That gave them an advantage in terms of being able to stay relatively slim.

"The results indicate for the first time that processes in our fat tissue regulate changes in body weight during aging in a way that is independent of other factors," Arner, a professor of medicine, said in an institute news release.

One U.S. expert in weight loss said the findings make sense, but many other factors are probably involved.

"A normal process of aging is slower metabolic rate. Our body uses less energy to function, and as a result there is less 'lipolysis,' or breakdown of fat," said registered dietitian Sharon Zarabi. She directs the bariatric program at Lenox Hill Hospital in New York City.

Arner said his team's findings might "open up new ways to treat obesity."

Prior research has shown that one way to speed up the lipid turnover in the fat tissue is to boost the amount of exercise you get, Arner noted. The new study supported that theory, and also suggests that increased physical activity might improve weight-loss surgery patients' long-term chances of success.

And Zarabi stressed that "the good news is that although you can't control your age, if you are more physically fit and have higher muscle mass, fat breakdown is still possible."

The new findings were published Sept. 9 in Nature Medicine.