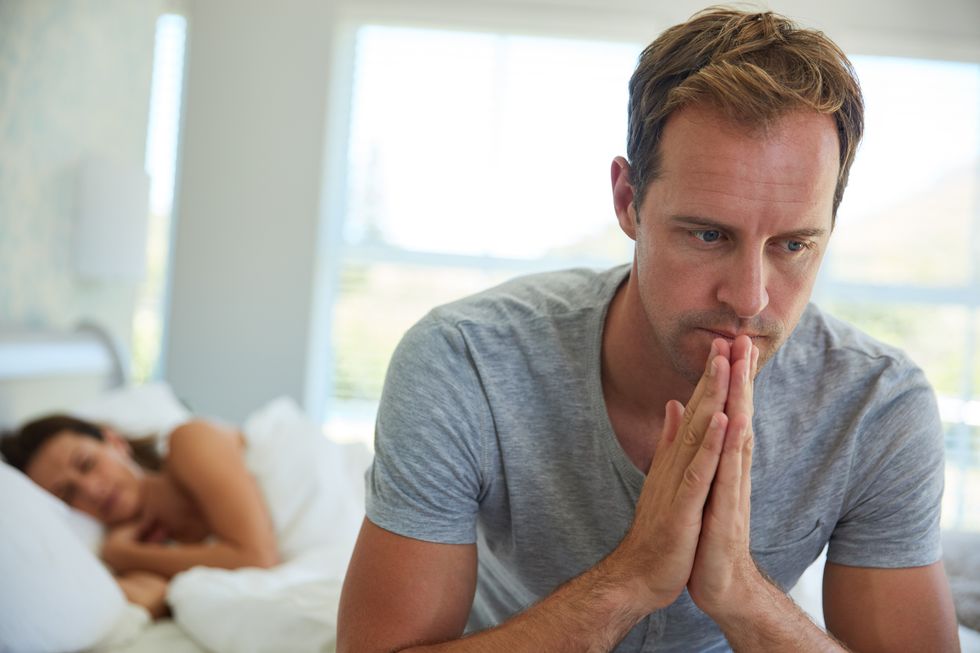 What You Need to Know About Men's Sexual Problems

What You Need to Know About Men's Sexual Problems

You may not think about your boyfriend or husband having sexual problems, but a large national survey found that about one-third of men under the age of 60 in the United States have sexual problems. These include problems maintaining an erection, low sexual desire, inability to have an orgasm and premature ejaculation. Here's some helpful info you may need if your man develops a sexual problem.

Erectile dysfunction (ED). Hard to believe that the phrase "erectile dysfunction" has only been part of our lexicon (and television commercials and spam e-mail) since the late 1990s, when that little blue pill was first introduced. Erectile dysfunction is defined as "the inability to get an erection sufficient for sexual activity." According to one study, men between the ages of 50 - 59 are three times more likely to experience erection problems, compared to men aged 18 to 29.

Even though there are now three approved oral medications for ED-and lots of publicity about the problem-many men still don't seek treatment. That's a mistake. Quite often the underlying cause of ED is related to another health problem such as diabetes, hypertension, high cholesterol or thyroid imbalances. Even cigarette smoking, lack of exercise and certain medications can underlie ED.

So if your partner suffers from ED, get him to a doctor. Even if he doesn't have an underlying health issue, there are options available for treating ED ranging from oral medications to testosterone supplementation, injections, vacuum pumps, implantable devices, and psychotherapy, depending on the specific cause of ED and the desired clinical outcome from the treatment of ED.

Premature ejaculation. Unlike ED, premature ejaculation occurs in men of all ages at about the same rate, with studies finding it affects anywhere between one in three to one in five men. Unlike ED, we don't know the underlying cause. However, it is under-diagnosed and under-treated because many men simply won't talk to their doctor about it. They're embarrassed, don't think medication can help, or worry about becoming dependent on medication to have sex. There are currently no FDA-approved medical treatments for premature ejaculation; however have your partner talk to his health care professional about other options.

Lack of desire. It does appear that men's sexual desire may decline with age. Still, a Swedish study that evaluated the sexual health of men between ages 50 and 80 found that nearly all-regardless of their age-viewed sex as an important part of their lives. So if your partner has lost his desire make a doctor's appointment. Low levels of testosterone can affect male libido, with studies showing that supplemental testosterone may improve in men. But other medical conditions can also affect desire, including diabetes, kidney disease, depression, stroke and Parkinson's disease. Talk to your partner about his concerns, but make sure he is talking to his health care provider too.

In addition to having your partner's overall physical and mental health evaluated, consider some counseling for the two of you. Sex is very important to men, and depending on the study, often more important than it is to most women. Men may also have a difficult time communicating what they want sexually, so your partner may not be able to suggest other alternatives to intercourse and may have difficulty in talking about the problem.

It is definitely worth the effort to help your partner find the appropriate health care provider who can correctly diagnose the problem. His doctor may be able to provide an effective intervention to improve his sexual health and overall well-being.