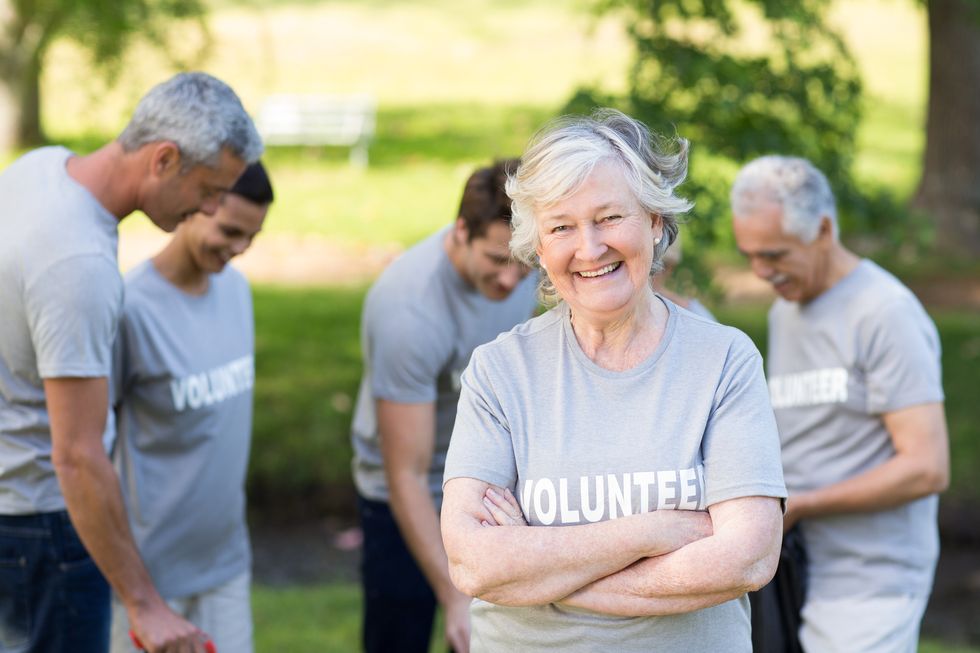 Want a Sharper Brain as You Age? Volunteer!

People who are active in local community groups may have slightly sharper mental skills at the age of 50, a new study suggests.

THURSDAY, Jan. 5, 2017 (HealthDay News)—People who are active in local community groups may have slightly sharper mental skills at the age of 50, a new study suggests.

The findings were based on over 9,000 adults from the United Kingdom who'd been part of a long-term health study since they were children. At the ages of 33 and 50, they were asked about their involvement in any civic groups—including volunteer organizations, church groups, neighborhood associations and groups involved in politics or social causes, among others.

At age 50, all the participants took standard tests of "cognitive" abilities, such as memory, thinking and reasoning skills.

Overall, the study found, people involved in groups scored a little higher on those tests—between 0.4 and 0.6 points higher, on average.

But, even after the researchers accounted for those factors, group involvement was still statistically linked to better cognitive test scores.

However, the study, published recently in the journal BMC Psychology, didn't prove cause-and-effect.

The researchers, led by Ann Bowling of the University of Southampton, acknowledged the study's limitations. "The direction of causality can, of course, be questioned," they wrote.

Still, Bowling said that "community engagement" may help people maintain their communication and social skills, which could help protect their mental functions as they age.

So, she said, community involvement "should be encouraged throughout adult life."

Dr. Ezriel Kornel, a neurosurgeon at Weill Cornell Medical College in New York City, accepted some of the study's conclusions—to an extent.

"If there's a community group that intellectually engages you, that can only do you good," he said.

But, Kornel said the study had significant shortcomings.

The main shortcoming, he said, is that people who join community organizations are a very "select" group. They're likely to be "intellectually curious" and have relatively sharp mental and social skills to begin with, he said.

"So you can't really draw anything from this observation," Kornel said.

For brain benefits, he stressed the importance of a healthy lifestyle and controlling conditions such as high blood pressure, diabetes and high cholesterol. Studies have found that the same factors that contribute to heart disease may increase the risk of dementia, too.

He pointed to a recent trial of older adults with mild memory impairments. Researchers found that strength-building exercises using weight machines improved participants' scores on tests of memory and other mental skills.

That was not true, however, of study participants who did "brain training" exercises, Kornel said.