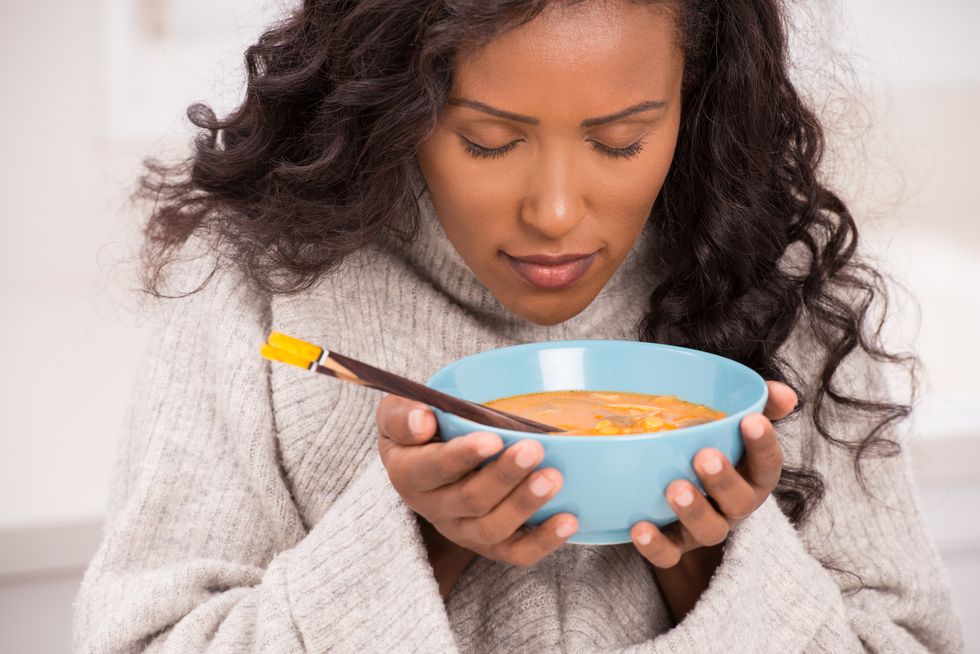 Instead of gulping your food, try eating more slowly and not snacking after dinner. Those changes may help you drop unwanted pounds, a new study suggests.

Also helpful: Avoiding after-dinner snacks and eating anything in the two hours before you go to bed, the researchers said.

The study linked those simple changes to a smaller waist and lower rates of obesity and overweight.

In addition, slow eaters tended to be healthier and to have a healthier lifestyle than those who ate quickly or at a normal speed.

This study could not, however, prove that eating speed causes or prevents obesity, only that it appears to be associated, the researchers noted. They were led by Dr. Haruhisa Fukuda from the Department of Health Care Administration and Management at Kyushu University Graduate School of Medical Sciences in Fukuoka, Japan.

But, eating slowly may very well play a role in curbing obesity, said Dr. David Katz, director of the Yale-Griffin Prevention Research Center in Derby, Conn. He had no part in the study.

"Practices that impose some mindfulness and discipline on eating may help with both losing weight and staying healthy," Katz said. He's also president of the American College of Lifestyle Medicine.

Slow eating is characteristic of a more mindful approach. Food choice is more conscious, and eating is appreciated for quality rather than just quantity, he said.

"Avoiding food in the hours just before sleep also suggests a more thoughtful approach to diet that involves some reasonable constraints," Katz said.

Learn More: 7 Ways to Stop Overeating Once and For All

The research team's findings came from analysis of health insurance data on nearly 60,000 Japanese residents with diabetes who had made insurance claims and had regular checkups between 2008 and 2013.

The checkups included weight and waist size measurements and the results of blood, urine and liver function tests. Participants also were asked about their lifestyle, including eating and sleep habits and alcohol and tobacco use.

Although reductions in waist size—a sign of a potentially harmful midriff bulge—were small, they were greater among those who ate slowly or at normal speed, the study found.

Snacking after dinner and eating within two hours of going to sleep also were linked to changes in weight. Skipping breakfast was not.

Previous research has linked eating quickly to impaired glucose tolerance and insulin resistance. The study suggested that this might be because fast eaters consume more food before feeling full.

Slow eaters, however, become aware of feeling full before they've consumed too much.

On the one hand, slow eating gives our bodies time to register a sense of satisfaction and fullness, so we tend to eat less, she said.

"We are more likely to savor the taste, texture, subtle flavors and mouth feel of foods," said Heller, who was not involved with the study. "Research suggests that slow eaters consume fewer calories, have increased feelings of fullness and a decreased sense of hunger."

On the other hand, the longer some people linger with food in front of them, the more they eat, she said.

"That said, speed eating appears to be far more deleterious," Heller said. "People who speed eat, as many of us do, scarf down far more calories than they need."

Learn More: How to Win at the Losing Game

Eating quickly has been associated with a higher risk for obesity, cardiovascular disease and metabolic syndrome, Heller said.

"In many European countries, slow eating is a way of life," she said. "In America, speed eating takes the lead. Thus, we need to encourage a cultural shift to adopting an approach of slower eating and a true enjoyment of food."

The study was published online Feb. 12 in the journal BMJ Open.