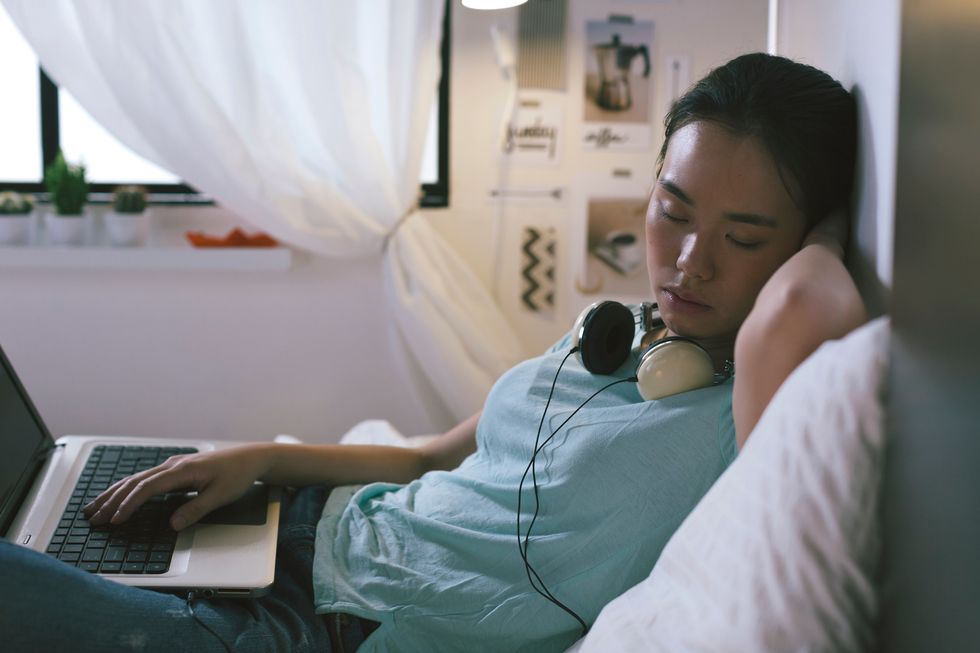 Teens sleep less than they used to, sacrificing shuteye to spend more time on their phones and tablets.

FRIDAY, Oct. 20, 2017 (HealthDay News)—Teens sleep less than they used to, sacrificing shuteye to spend more time on their phones and tablets.

Experts say teens need at least nine hours of sleep a night to be engaged and productive during the day. Anything less can cause daytime sleepiness and interfere with school or daily activities.

Faced with an array of tempting distractions, how much sleep are today's teens actually getting? To find out, researchers analyzed a pair of long-term, national surveys of more than 360,000 eighth- through 12th-graders.

One survey asked eighth-, 10th- and 12th-graders how often they got at least seven hours of shuteye. The other asked high school students how long they slept on a typical school night.

The more time students reported spending online, the less sleep they got, according to the study published Oct. 19 in the journal Sleep Medicine.

Those who were online five hours a day were 50 percent more likely to be sleep-deprived than classmates who limited their daily time online to an hour.

Studies have shown that light from smartphones and tablets can disrupt the body's natural sleep-wake cycle.

"Our body is going to try to meet its sleep needs, which means sleep is going to interfere or shove its nose in other spheres of our lives," said study co-author Zlatan Krizan, an associate professor of psychology at Iowa State University. "Teens may catch up with naps on the weekend or they may start falling asleep at school."

Though smartphones, tablets and other electronic devices are often an essential part of life, the researchers said moderation is key. Everyone—young and old alike—should limit use to two hours each day, they advised in a San Diego State University news release.

"Given the importance of sleep for both physical and mental health, both teens and adults should consider whether their smartphone use is interfering with their sleep," Twenge said. "It's particularly important not to use screen devices right before bed, as they might interfere with falling asleep."