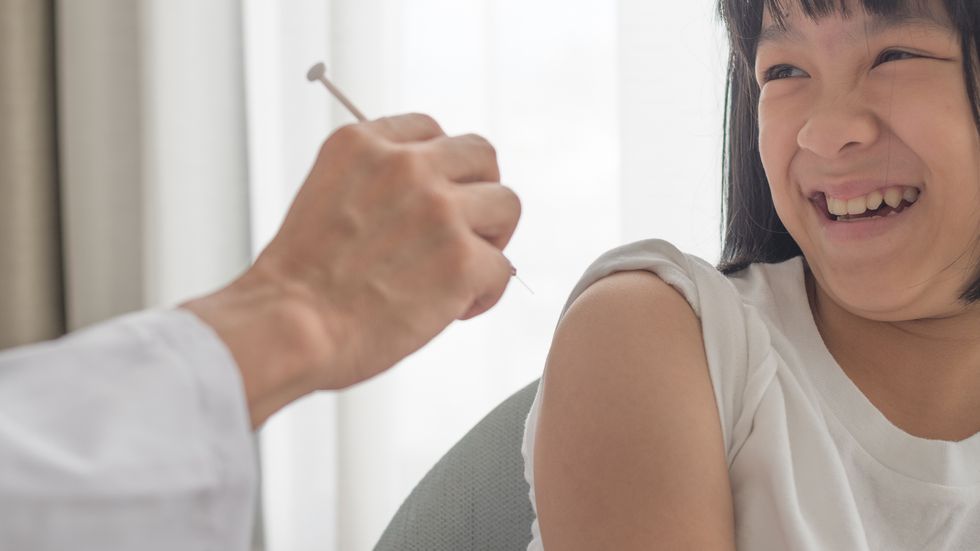 A transcultural nurse implementation scientist wants to expand awareness of the need for HPV education among Asian-Americans.

Asian Americans and Pacific Islanders – what demographers call AAPIs – are the nation's fastest-growing minority. Close to 20 million now live in the U.S. But you wouldn't know it from our public health data, where AAPIs are underrepresented. Nowhere is that more apparent than in the data on cervical cancer screenings.

In the U.S., AAPI women have the lowest risk of cervical cancer. However, when separating cancer statistics by subgroups, it shows the incidence and mortality rates of cervical cancer are two or three times higher in Cambodian, Hmong, Korean, and Vietnamese women than in non-Hispanic white women.

As a Korean immigrant, and a transcultural nurse implementation scientist, I want to expand awareness of the need for HPV education among AAPI women. International HPV Awareness Day, March 4, is perhaps the perfect time to remind all women that the human papillomavirus can cause cancer and that cervical cancer screening and HPV vaccination are the best ways to prevent those cancers.

The cause of cervical cancer

Studies show HPV infection is more prevalent in men than women. But women are more likely to have persistent, high-risk HPV infection that may lead to cervical cancer, the second-leading cause of cancer death among women ages 20 to 39. Currently, cervical cancer is the only HPV cancer with a recommended screening test to detect it an early stage.

After the introduction of the Papanicolaou (Pap) test, the incidence and mortality rates of cervical cancer decreased significantly. But not all women are getting regular Pap tests, and not all cervical cancer rates are declining. Moreover, screening alone does not protect against all types of cervical cancer. HPV vaccination provides the best protection against cervical and other HPV-associated cancers.

Prevention is not always a priority

Why do so many AAPI women know so little about HPV?

We set out to answer this question by interviewing Asian American ethnic groups and conducting surveys.

Our findings suggest their knowledge and attitudes toward HPV prevention are closely tied to health beliefs and cultural or language barriers. What's more, we discovered preventive health care is not a top priority for immigrant populations. In general, they seek treatment only when already sick. Our studies also suggest many of them are skeptical about participating in research.

One woman who participated in our study said, "Guys don't have a cervix, so I thought this vaccine is for women only." But HPV is a sexually transmitted infection. Both men and women can have it, and the vaccine works for both sexes. One reason for the misunderstanding is that the HPV vaccine is often advertised as "cervical cancer vaccine." This occurs in the U.S. as well as in South Korea.

Some of the AAPI women told us their doctor did not recommend the vaccine because Asian women are less prone to cervical cancer. This is not true; doctors saying this are not familiar with how the data might mask differences in AAPI subgroups. Other women said they were confused by medical terminology or the way the U.S. health care system worked – hardly a singular experience, no matter what your nationality or ethnicity.

Another problem is the sheer number of the subgroups of AAPI women. There are about 50, and among them, hundreds of languages and dialects, and with little or no accurate population-based data outlining their vaccination rates.

Storytelling made a difference

We discovered in our study that narrative storytelling – that is, mothers and their children sharing their experiences and having conversations about HPV vaccination – can increase HPV vaccination rates.

From that, we've developed what we call a storytelling intervention for young Korean American women using a "peer-paired" approach. Because the storytellers are about the same age as the participants, a meaningful conversation is more likely to occur. The women are less shy about sharing their personal experiences, feelings and fears.

In our study, three pairs of young Korean women told their stories about the HPV vaccination experience. They also discussed their cultural attitudes toward vaccines. We also produced an educational video that addressed common misconceptions about HPV, along with a research manual and a web-based interface where participants could watch storytelling video interviews.

A comparison group received basic written information about HPV, but it was non-narrative. In other words, dry facts and no storytelling.

Our findings are conclusive: The storytelling intervention group was twice as likely to schedule an appointment for the HPV vaccine than the comparison group. Simple storytelling – human-centered, interactive, culture-specific and group-tailored – led to positive health outcomes.

We are now expanding our research to include both men and women and other underserved or understudied populations. Our storytelling intervention strategy, which leverages today's technologies, can now be replicated to reach diverse groups and promote health, and prevent cancers and other diseases.

How Many People Have HPV?

Nearly Half of U.S. Men Infected With HPV, Study Finds