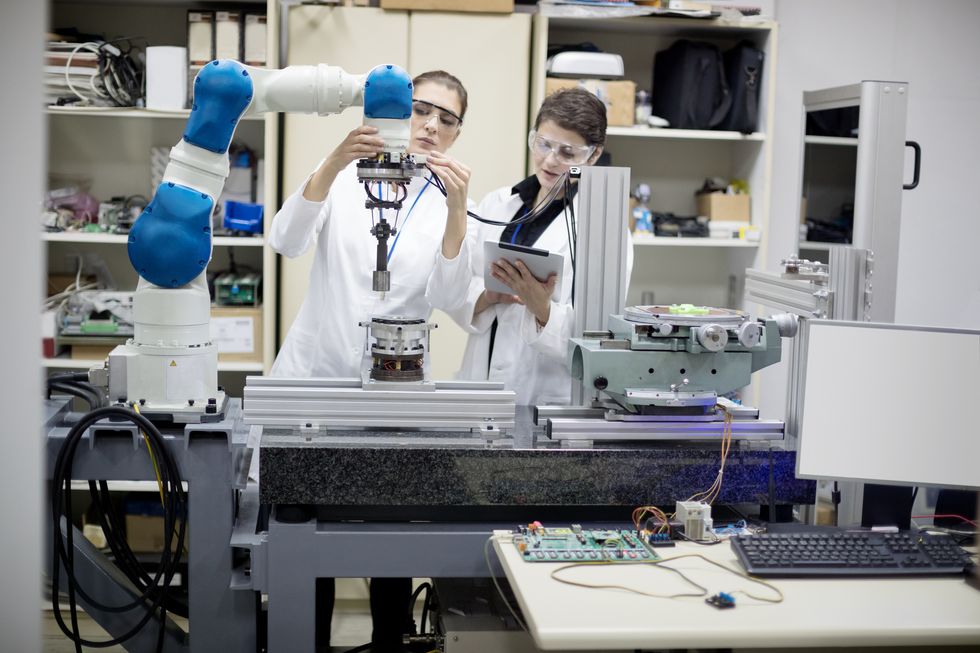 Several teams of scientists from around the world are investigating ways in which robots might help manage the daily living tasks of people with Alzheimer's disease.

THURSDAY, June 28, 2018 (HealthDay News) -- Robots work on assembly lines and assist doctors in the operating room. They manage inventory in warehouses and vacuum floors in homes.

And one day soon, they could help care for Alzheimer's patients.

Several teams of scientists from around the world are investigating ways in which robots might help manage the daily living tasks of people with Alzheimer's disease.

Some robots help patients in and out of bed, remind them to take medication, measure their mood and provide regular updates to human caregivers.

A South Korean-made robot called Silbot3 has shown promise in this area, said researcher Elizabeth Broadbent. She's an associate professor of health psychology with the University of Auckland in New Zealand.

"It is designed to enable people to stay at home for longer before needing to go into a care home," Broadbent said.

"While a human could help with these things, the burden on caregivers of people with dementia is very high. Some people do not have a caregiver at home and caregivers often need a break during the day to get other things done. Robots can help provide extra care," she explained.

Other research teams have focused on using robots to combat the loneliness and isolation that can affect some Alzheimer's patients.

Broadbent and her colleagues have found that a Japanese baby seal robot called Paro can help calm people with dementia and keep them company.

"It can be good for people who cannot look after a real animal," Broadbent suggested.

Another team has taken this approach a step further, using a robot named MARIO.

MARIO has been built and programmed to "provide companionship and support the person with dementia to connect and/or remain connected to their family and friends, and stay engaged in activities and events that interest them," said researcher Dympna Casey. She's a professor with the National University of Ireland-Galway's School of Nursing and Midwifery.

These include more general offerings like game apps, news apps and apps that play music, as well as programs more specifically geared to helping the patient feel less lonely:

James Hendrix, director of global science initiatives for the Alzheimer's Association, said that robots could prove very useful in helping patients with dementia.

These robots also could help doctors better care for patients, by collecting data that tracks their mental decline and other health problems, Hendrix said.

On the other hand, Hendrix believes there should always be a role for human caregivers.

"I don't want to see that we totally impersonalize the care and support of people with dementia, that we warehouse them somewhere and they're managed by robots," Hendrix said. "The robotics provide tools of support for the human caregiver, and we still have that human touch."

You & Your Brain: A HealthyWomen, Prevention & Women’s Alzheimer’s Movement Collaboration