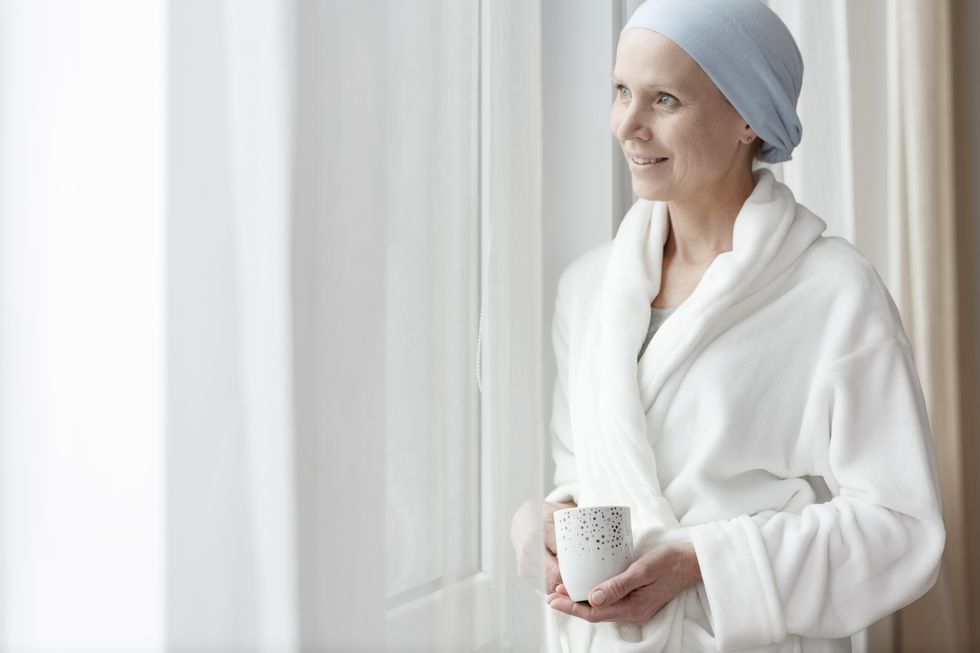 Ovarian cancer can be tough to beat, particularly if it returns after initial treatment, but new research offers a glimmer of hope.

THURSDAY, March 29, 2018 (HealthDay News) -- Ovarian cancer can be tough to beat, particularly if it returns after initial treatment, but new research offers a glimmer of hope.

One study found that a new targeted "immunotherapy" to treat ovarian cancer that has come back looked promising in a small, early trial. Meanwhile, a second team of researchers discovered what appears to be a marker for patients who will do better after treatment overall.

"These studies are exciting, but very early," said Dr. Eva Chalas, director of the Center for Cancer Care at NYU Winthrop Hospital in Mineola, N.Y. She added that it was good to see research on ovarian cancer, because "little money is spent on this cancer that is often lethal."

Chalas wasn't involved in either study.

The first study included 29 women who had ovarian cancer that had returned. The patients were treated with an ovarian cancer vaccine called Vigil. The vaccine -- also known as targeted immunotherapy -- is made to treat each woman's cancer individually by using cells harvested from the woman's own tumor.

"Ovarian cancer is such a difficult disease because it's a different disease from one person to the next. So, we created a vaccine specific to each particular cancer. It only works for that patient's tumor," explained study author Dr. Rodney Rocconi. He is chief of gynecologic oncology at the University of South Alabama-Mitchell Cancer Institute.

Rocconi said the process of creating the vaccine takes about a week. He didn't have information on the cost to produce the vaccine.

The vaccine -- given as monthly injections -- works by boosting the immune system's response to the cancer. It also stops tumor cells' ability to masquerade as normal cells to the immune system.

"We're hoping this approach will allow us to be a lot more specific from patient to patient, and our response rates have been surprisingly good," he said.

Twenty out of the 29 women achieved three-year survival. The median overall survival was slightly more than 41 months, according to the report.

The treatment was very well-tolerated. The most common complaints were related to injection-site issues. One woman reported significant fatigue.

Not all women will likely be good candidates for this treatment. The researchers used a test called ELISPOT prior to treatment. The test was used to predict whether or not T-cells in each woman's immune system would mount a significant response. Four of the 29 had a poor result on the ELISPOT test. Only one of these women survived three years.

Rocconi noted that these women had received a number of treatments for their cancer prior to the vaccine. Their immune systems might have been weakened by the previous treatment, he suggested, and so couldn't mount as vigorous a response.

Rocconi and his colleagues have already scheduled two larger trials of the vaccine.

Chalas said this type of therapy is being used successfully for certain forms of leukemia and she predicted that "these kinds of therapies are going to be total game-changers."

Ovarian cancer is the fifth leading cause of cancer death among U.S. women, according to the American Cancer Society. Because it is hard to detect, it is often diagnosed in its late stages, where survival is unlikely.

The second study was spurred by the success of developing treatments from a family of proteins known as PARPs. These drugs are called PARP inhibitors. When PARPs 1 and 2 are blocked in cancer cells, DNA repair stops and cell death occurs.

The gene for PARP 7 is amplified in some women with ovarian cancer, but not all. When researchers from the University of Texas Southwestern Medical Center, in Dallas, looked further at the differences between women who had this amplification and women who didn't, they saw that PARP 7 was linked to a longer overall survival.

The team -- led by Dr. Lavanya Palavalli Parsons -- found the median overall survival was six months longer for women with the PARP 7 amplification.

It's not yet clear if there are therapeutic implications from this finding or if PARP 7 might just be used to predict a woman's survival. It's also not clear how many women might be affected by the PARP 7 amplification.

Chalas said that "PARP inhibitors are the most exciting currently commercially available discovery in the last five to six years. And it shows the need to look at other PARPs that might offer pathways to consider for therapy."

There are 17 known PARPs, the researchers said.

Both studies were presented Monday at the Society of Gynecologic Oncology's annual meeting, in New Orleans. Findings from meetings are typically viewed as preliminary until they've been published in a peer-reviewed journal.

Too Many Women Die From Ovarian Cancer. Valerie Palmieri Is on a Mission to Change That.

What You Need to Know About Ovarian Cancer

Are You at Risk of Ovarian Cancer?

Even a Hysterectomy May Not Protect Against Ovarian Cancer