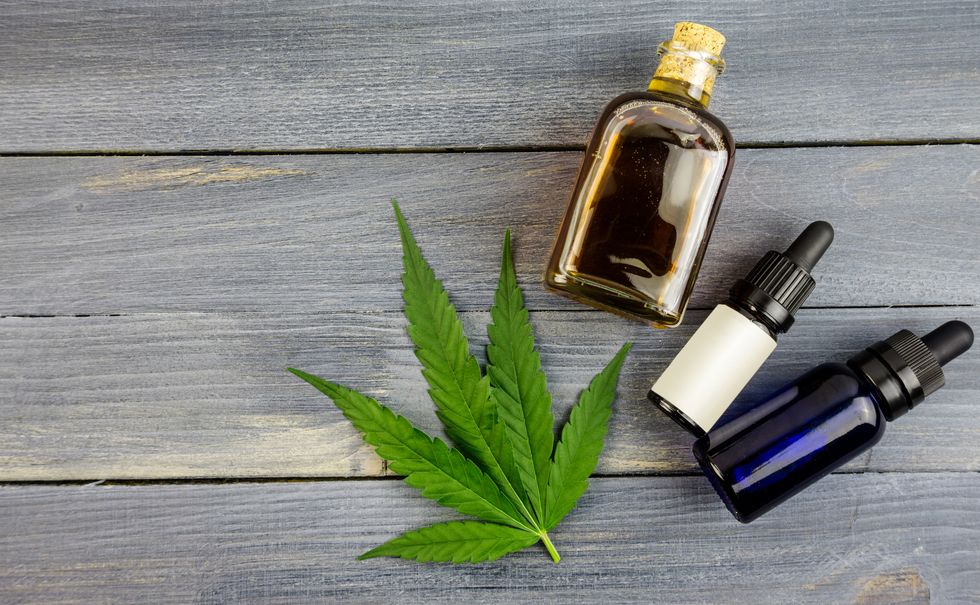 Researchers found that CBD, or cannabidiol, did not react with either of two commercially available tests used to screen for marijuana use. However, another cannabis compound did. Learn more.

(HealthDay News) -- As the CBD craze sweeps the nation, some users may wonder whether the cannabis extract can make them fail a drug test. A preliminary study suggests the answer is "no" -- at least if the CBD is pure.

READ: CBD for Women: What Are Women Using CBD For?

Researchers found that CBD, or cannabidiol, did not react with either of two commercially available tests used to screen for marijuana use. However, another cannabis compound -- cannabinol (CBN) -- did.

CBD and CBN are two of many chemicals found in cannabis plants. They differ from THC, the source of the marijuana "high." CBD is present in marijuana but more abundant in hemp -- cannabis plants that have little THC. CBN, meanwhile, is a THC derivative.

If you think CBD products are suddenly everywhere, you're right: There has been an explosion since last year, when Congress lifted a decades-old ban on growing hemp.

Licensed farmers can now grow the plant, as long as it contains less than 0.3% THC. The result? CBD is turning up in everything from oils and lotions to coffee and cookies.

CBD is promoted for easing anxiety, insomnia and chronic pain, among other ailments. The jury is still out on those uses, but there is some science behind the compound. Last year, the U.S. Food and Drug Administration (FDA) approved a drug containing pure CBD -- called Epidiolex -- for treating certain rare, severe seizures.

CBN, meanwhile, is far less famous than its cousin, but it is used in products marketed as sleep aids.

Given that context, it's important to understand how the compounds interact with drug screening tests, said Grace Kroner, lead researcher on the new study.

She and her colleagues at the University of Utah Health Sciences Center in Salt Lake City spiked three batches of urine samples with CBD, CBN and two other cannabis compounds -- cannabichromene and cannabigerol.

The researchers tested each batch with two tests commonly used for THC screening. CBN reacted with one, while the other three compounds triggered no false-positives.

Why did only one test pick up CBN? The tests are known immunoassays -- which means they use antibodies to detect drugs. Kroner explained that there are slight differences in the antibodies that test manufacturers use -- so it's possible to get different results.

While the findings may be a relief to some CBD users, there is a big caveat: The researchers used pure CBD. In the real world, CBD products are largely unregulated and may contain other compounds due to processing.

According to Robert Fitzgerald, a professor at the University of California, San Diego's Center for Advanced Laboratory Medicine, "It would depend on the purity of the product."

On the positive side, he noted, immunoassays are only screening tests. They would be followed up by "confirmatory testing" that does distinguish THC from other compounds. But you could still have a problem if your cannabis product was contaminated with THC, Fitzgerald said.

Legally, Kroner noted, CBD products should only be produced from hemp plants with no more than 0.3% THC. But there's no way for consumers to know for sure what's in the products they buy.

A 2017 study found that about seven out of 10 CBD products did not contain the amount of cannabidiol stated on the label. And about one in five contained THC.

A false-positive on a drug test could have implications for people at work, and in their medical care. For example, some health care organizations do not allow patients to start opioid painkillers if they use marijuana.

It all points to the importance of taking "cross-reactivity" into account when a drug screening test comes back positive, Kroner said.

"Confirmatory testing should be done before any clinical decisions are made," she said.

What should you do if you use any of these products and have a drug test coming up?

The simplest course is to refrain for a while, according to Kroner. But she also advised being up front about your CBD or CBN use -- or any supplement use, for that matter -- so that your test results can be interpreted in that light.

Kroner reported the findings Monday at the annual meeting of the American Association for Clinical Chemistry in Anaheim, Calif. Studies presented at meetings are generally considered preliminary until they are published in a peer-reviewed journal.